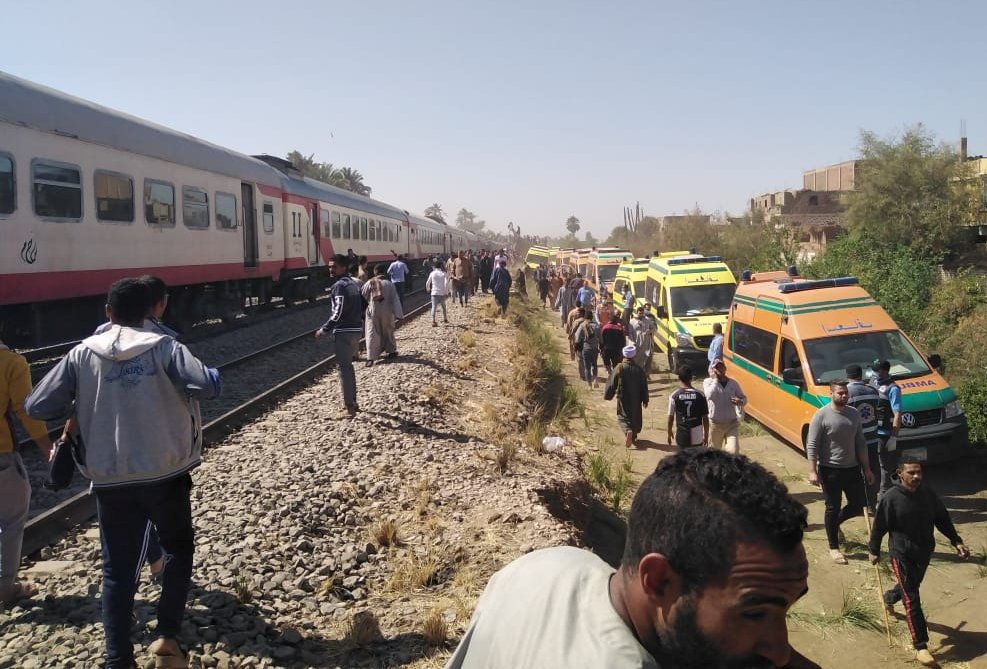 Turkey extended condolences to Egypt over the deadly train crash that killed at least 32 people and injured scores of others on Friday.

“We wish Allah’s mercy upon those who lost their lives in the collision, swift recovery to the injured and extend our condolences to the friendly and brotherly people of Egypt as well as the families of the deceased,” the Foreign Ministry said in a statement.

The crash, which took place north of the Sohag city in central Egypt killed at least 32 people and injured 66 others.

Egypt’s railway system has a history of badly maintained equipment and poor management. Official figures show that 1,793 train accidents took place in 2017 across the country. In 2018, a passenger train derailed near the southern city of Aswan, injuring at least six people and prompting authorities to fire the chief of the country’s railways.

Diplomatic relations between Turkey and Egypt were maintained at the charge d’affaires level since 2013, when the military coup took place giving rise to the current Egyptian administration. Currently, 3,500 Turkish citizens reside in Egypt, which is Turkey’s largest trading partner on the African continent. Frequent meetings and mutual visits are held between Turkish and Egyptian entrepreneurs despite the restrained political relations.

Foreign Minister Mevlüt Çavuşoğlu signaled in the last days of 2020 that Turkey would be open to a diplomatic rapprochement with Egypt based on the countries common and national interests in the Eastern Mediterranean.

The two countries’ foreign ministers and intelligence officials have maintained diplomacy and communication through backdoor channels, despite the irreparable strain on political relations.