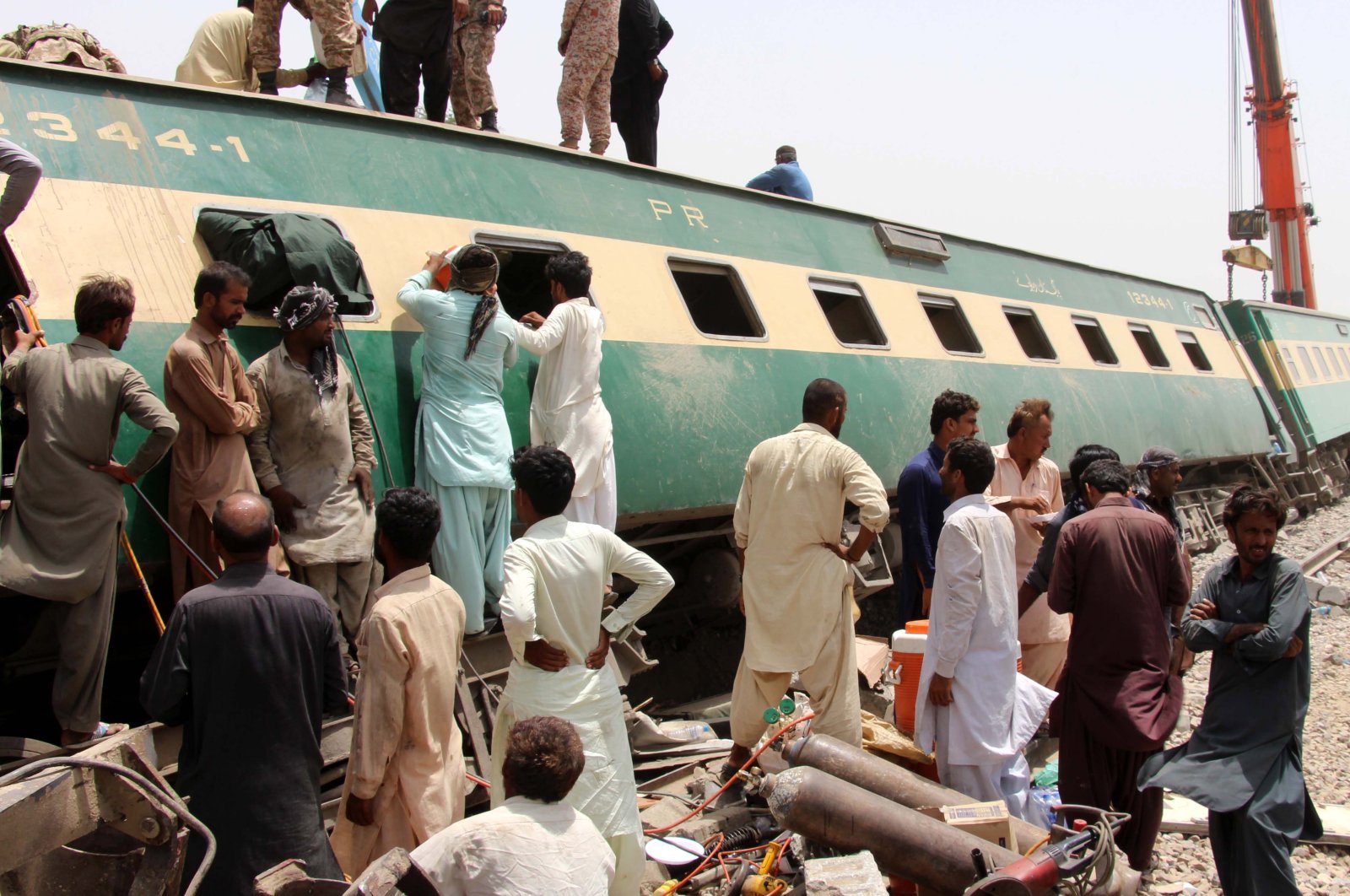 The Turkish Foreign Ministry extended its condolences to the people of Pakistan after a train crash killed dozens of people Monday.

“We are deeply saddened to receive the news that as a result of a train crash in the Ghotki district of Sindh province in Pakistan today more than 30 people lost their lives and many others were injured,” the Foreign Ministry said in a statement.

“We wish Allah’s mercy upon those who have lost their lives in this tragic accident, a speedy recovery to those who were injured and convey our condolences to the friendly government and the brotherly people of Pakistan.”

At least 40 people were killed and dozens of others injured in a collision between two passenger trains in southern Pakistan, officials said.

The Millat Express derailed and the Sir Syed Express train hit it soon afterward in the Ghotki district of Sindh province, 526 kilometers (326 miles) from the provincial capital Karachi.

Train accidents are common in Pakistan due to poorly maintained railway signal systems and aging tracks.