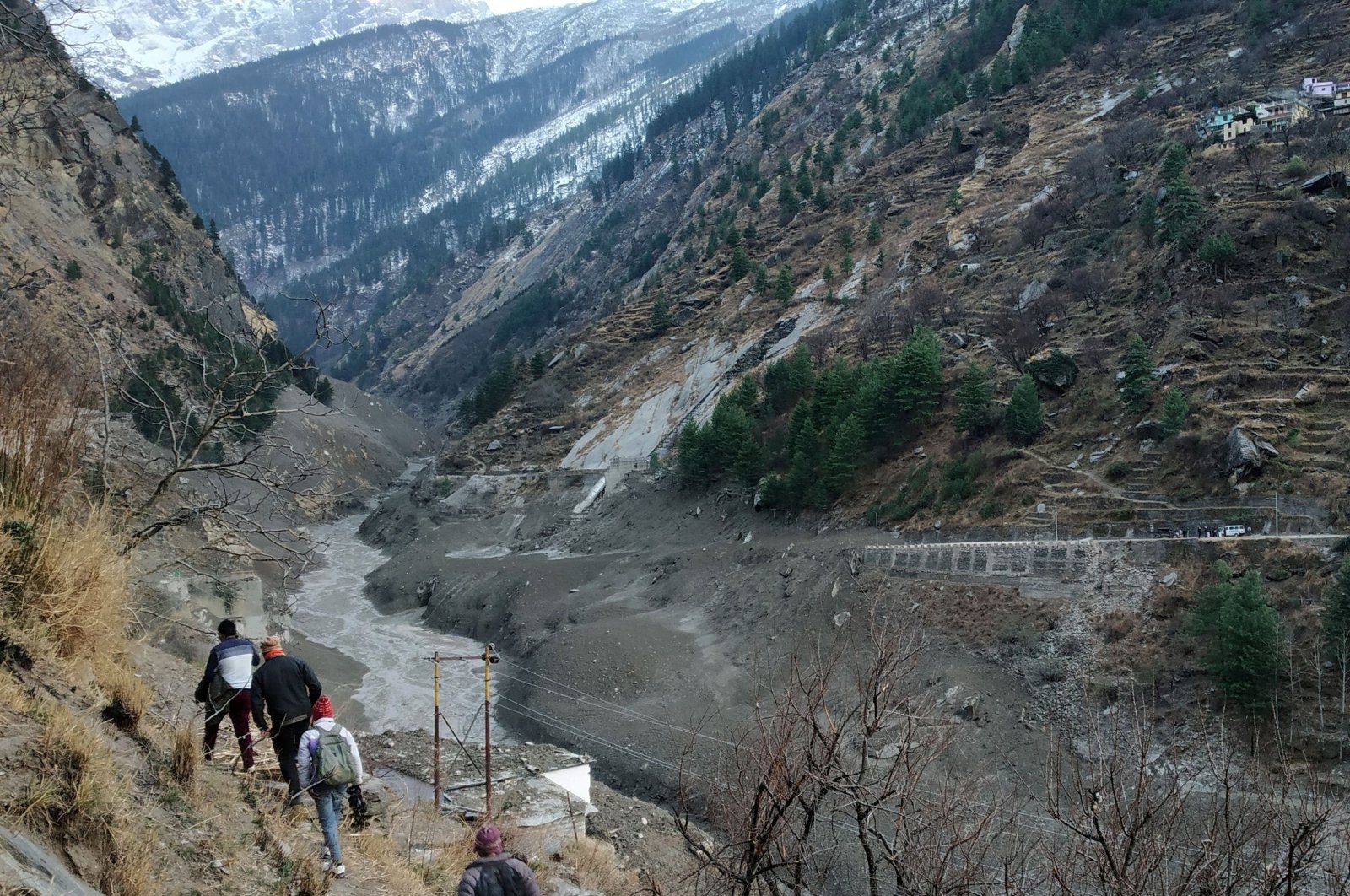 People walk past a destroyed dam after a Himalayan glacier broke and crashed at Raini Chak Lata village in the Chamoli district, in the northern state of Uttarakhand, India, Feb. 7, 2021. (Reuters Photo)
by Anadolu Agency Feb 07, 2021 8:18 pm

Turkey on Sunday extended its solidarity to India after a Himalayan glacier broke off in the country's north, leading to a massive flood.

"We are saddened to learn that many people are unaccounted for and feared to have lost their lives as a result of a flood which was caused by a broken glacier crashing into a dam in the Uttarakhand province in Northern India this morning," said the Turkish Foreign Ministry in a written statement.

Turkey sincerely shares the pain of the Indian people and government, the statement said, adding: "We hope that the losses remain at a minimum level in this disaster, the missing people be recovered safely as soon as possible and declare our readiness to help in this regard."

A portion of Nanda Devi glacier, India's second-highest mountain, broke off in the Tapovan area of the Uttarakhand state earlier on Sunday, damaging the Rishiganga hydropower project.

According to the National Disaster Recovery Force (NDRF), its teams together with the Indo-Tibetan border police launched a rescue operation and recovered several dead bodies.