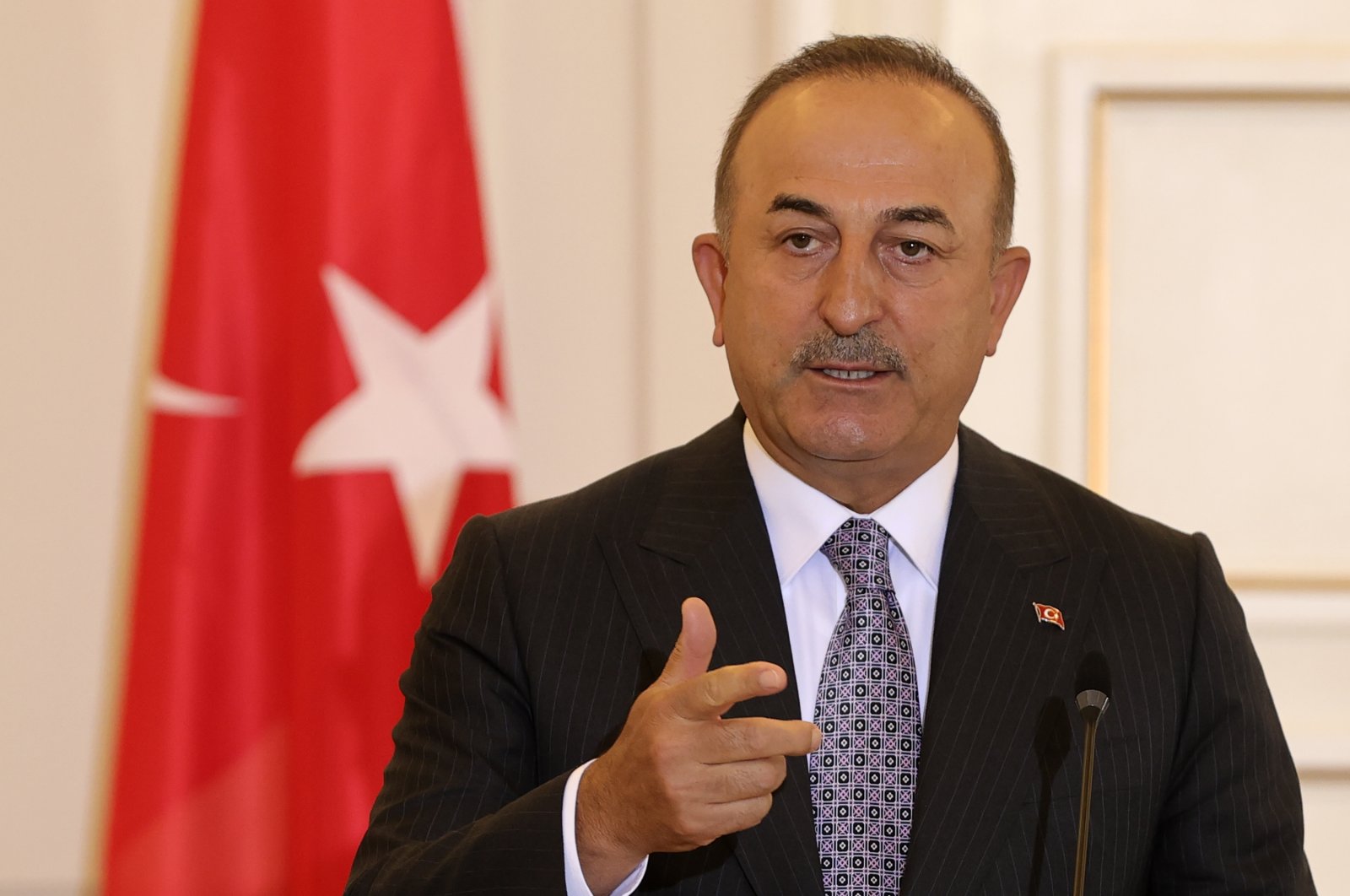 Foreign Minister Mevlüt Çavuşoğlu said Turkey and France will continue to enjoy friendly relations despite past tension on some issues.

"Turkey and France are two friendly and allied countries. And they will remain so. We must ensure that no misunderstanding comes to disturb this relationship of friendship to which we are sincerely attached," Çavuşoğlu wrote in an op-ed for the French daily L'Opinion.

He said relations between Ankara and Paris experienced a period of tension, which is unusual for two allied countries.

Ankara has repeatedly traded barbs with Paris over its policies on Syria, Libya, the Eastern Mediterranean and other issues, but the NATO members said in February they were working on a road map to normalize relations.

Recalling that contact was established between Turkish President Recep Tayyip Erdoğan and French President Emmanuel Macron, he said it gave them an opportunity to consolidate ties.

Çavuşoğlu said his visit to Paris reflects this mutual will, referring to his two-day visit to France starting Sunday.

He said Ankara and Paris now share a growing number of common interests regarding regional issues, which recently made the two countries oppose each other.

Turkey and France share the same priorities on many significant subjects regarding Syria, he said, including the delivery of humanitarian aid, the need to move forward in the political process and preserving the country's territorial integrity.

The Turkish minister said "sincere and fruitful" discussions were held with France on Syria, adding: "As for our disagreements relating to the collaboration of our allies with the YPG/PKK terrorists in their fight against Daesh, they can only be overcome when this cooperation ceases definitively."

Stressing that no one can deny that fighting Daesh is not the real aim of the YPG/PKK terrorists, Çavuşoğlu said the terrorist group aims to divide Syria and form a terror corridor along the borders of NATO member countries and Europe.

"Our allies must understand that this terrorist organization is a threat to our national security and that it cannot be ignored," he said.

The minister said Turkey and France share some priorities in Libya, such as the stability and political unity of the country, support for the Government of National Unity (GNU) exercising its power throughout the country and for the reunification of institutions, a lasting cease-fire, as well as the fight against terrorism and irregular migration.

"We are open to dialogue on issues of common interest in Libya, whose stability affects the entire region," he noted.

On issues in the Eastern Mediterranean, Çavuşoğlu said disputes between Turkey and Greece are now being handled with calm dialogue within the framework of various mechanisms between the two countries.

Turkey has never had any expansionist ambitions, he said, adding this dialogue with Greece is another confirmation of this.

"On the Cyprus issue, Turkey will support the efforts of the Turkish Cypriots and the Greek Cypriots if they agree on the objectives of the negotiations," he said.

Recalling the failures of previous initiatives between the two sides of the island, Çavuşoğlu said Ankara believes that only efforts based on the principles of sovereign equality and equal international status stand a chance of reaching a solution.

Turning to tensions between Azerbaijan and Armenia, Çavuşoğlu said Turkey and France can together support a lasting peace that would benefit the prosperity of the two nations in question.

"Using and distorting history for political ends has never made it possible to resolve a dispute or realize justice," he said.

If the unfounded claims of extremist Armenians could be prevented from taking Turkish-French relations hostage, he said, the two countries could better contribute to the stability of the South Caucasus through their joint efforts.

Turkey is not an adversary in the Balkans but plays a complementary role for the European Union and trans-Atlantic policies for the stability and prosperity of the region, he said.

On Turkey's procurement of the Russian S-400 air defense system, Çavuşoğlu said the missiles do not pose any security risk to NATO and that his country is determined to consider the issue on a realistic basis and through constructive dialogue.

On last year's claims of "harassment" of a French naval ship by Turkish frigates, he said, "Still within the framework of NATO, the evidence we provided confirmed that Turkey had taken no hostile action against any allied ship, contrary to what has been argued about the Courbet frigate."

Çavuşoğlu stressed that France can count on Turkey, its second-biggest ally in NATO, in the fight against terrorism.

Through organizing the repatriation of French terrorists apprehended at the Syrian border and information sharing, Turkey is an ally of France that has contributed the most to its fight against terrorism, according to the Turkish minister.

"I am delighted that this cooperation has never been hindered and still continues," he said.

On Turkey-EU relations, Çavuşoğlu said Ankara hopes that France can become the driving force behind rapprochement with Turkey by contributing to developments that will benefit both the bloc and bilateral relations.

Independently of its future membership, to which it is still fully committed, he said, Turkey is European and will continue to contribute to the development and respect of European values that it shares with France.

"Turkey-EU relations must not be held hostage to the maximalist and nationalist ambitions of a few recalcitrant members. The EU will only become a global power with Turkey's membership," according to Çavuşoğlu.

He said those topics would be discussed at the upcoming Antalya Diplomacy Forum from June 18-20 in the Turkish resort city of Antalya, where he also invited his French counterpart Jean-Yves Le Drian.

No will to interfere in France's affairs

Noting that the perception of Turkey in France has been affected recently by a certain number of complications and prejudices, he said: "We repeat loud and clear that Turkey has never had any will to interfere in (the affairs of) France."

He stressed that his country's only priority for the Turkish people living in France is to provide them with all the public services they expect from Turkey while promoting their successful integration into France.

Turkish language teachers and imams, or Muslim clerics, are also responding to requests from Turkish nationals, he said.

"These imams have also been a considerable asset for the French authorities, in particular, because no case of radicalization has been observed in their mosques."

Çavuşoğlu said Turkey is an essential ally in combating various forms of radicalization and it will always stand with France to fight against radicalization and to eradicate Islamophobia, prejudices and discrimination against Muslims.

The Turkish minister said all of the mentioned points confirm the convergence of the priorities of Turkey and France and the benefit the two countries have in acting together with the strengthening of mutual trust.