Turkey gets disease spread under control in Syria's Ras al-Ain 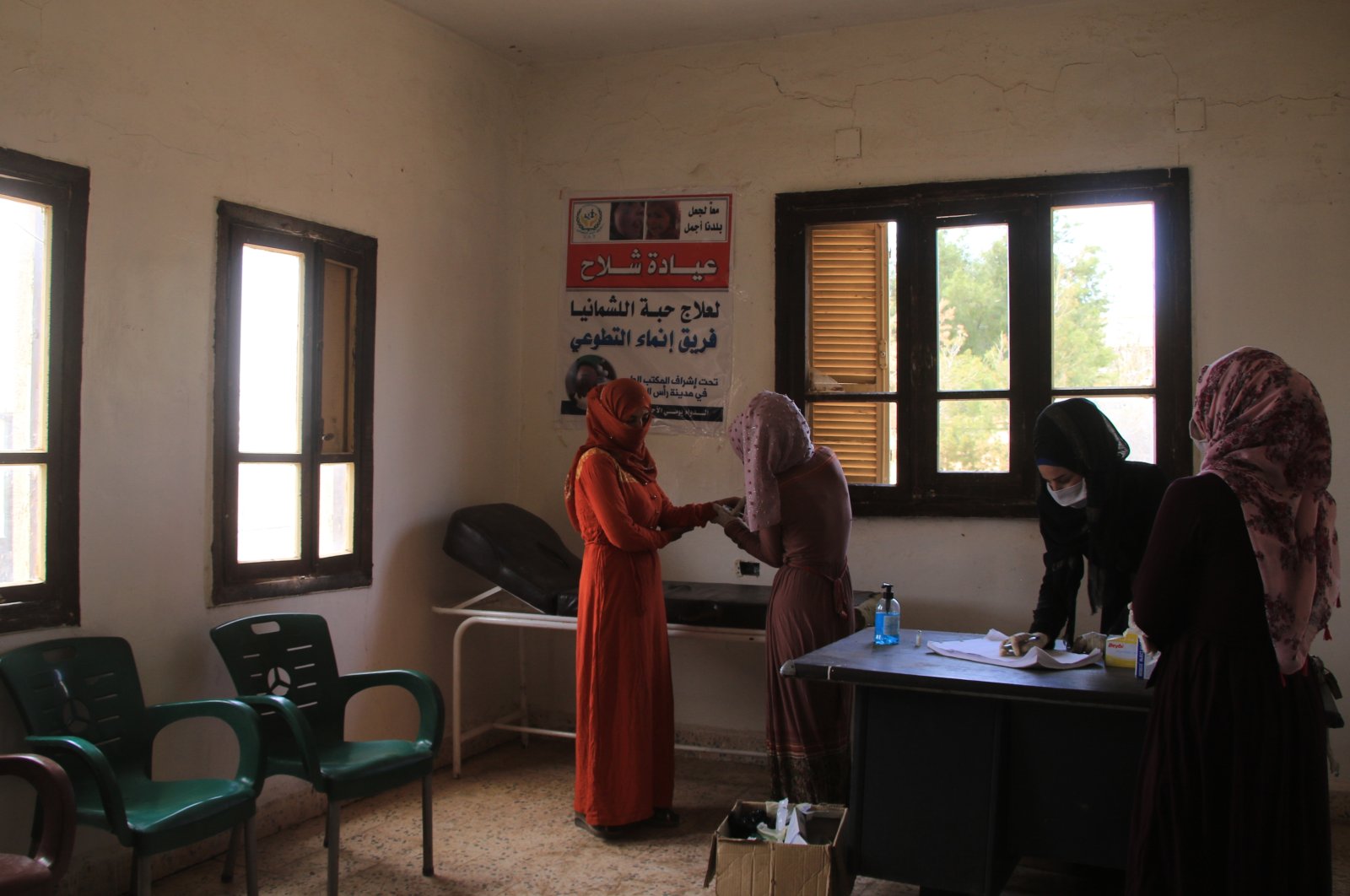 The joint efforts of Turkish officials and local councils in northern Syria's Ras al-Ain have managed to slow the spread of Leishmaniasis in the region's rural areas.

The disease is caused by an infection of Leishmania parasites, which are spread by the bite of phlebotomine sand flies. Spreading easily, especially in rural areas, the disease has become a public health problem since January in Ras al-Ain.

As part of the fight against the disease, polyclinics were established in villages with the joint initiative of Turkey's southeastern Şanlıurfa province's Syria Support and Coordination Center (SUDKOM), Ras al-Ain local council and local philanthropists.

Since March 17 when health centers went into service, 140 of 160 patients with the symptoms recovered.

Shamse Ahmed, a local health official, told the Anadolu Agency (AA) that the disease was brought under control with three polyclinics opened in mid-March.

Ahmed stated that the disease spread in rural areas due to the difficulties faced by civilians trying to reach the hospital in the district center, financial difficulties and the inability of the elderly to walk long distances.

Stating that 160 patients have applied to the polyclinics so far, Ahmed said: "After an average of five vaccination sessions, we started to see the fruits of the treatment. A total of 140 of our patients recovered."

Ahmed noted that the team also carries out awareness-raising programs for children as part of the fight against new COVID-19 variants, which are causing an increase in the number of cases in the region. He thanked all the volunteers, especially the doctors, working with the team.

Um Berge, 70, who was treated in a polyclinic, said that he has been suffering from the disease since the beginning of winter. Berge stated that he was happy to regain his health in a short time and thanked those who contributed.

Sara Uleyvi also said that he caught the disease in the summer of last year. Emphasizing that he had difficulty in going to the hospital in the district center for treatment, Uleyvi said: "I had traces of the disease both on my hands and on my face. After this polyclinic was opened, I recovered, thank goodness."

Since the launch of the operation, Turkey has been supporting every aspect of life in the region, from health to education, security to agriculture. In this respect, efforts to clear bombs and improvised explosive devices were launched and administration duties were given to local councils. The country also rolled up its sleeves to reconstruct hospitals, schools, mosques and roads destroyed by the PKK terrorist group's Syrian branch, the YPG.