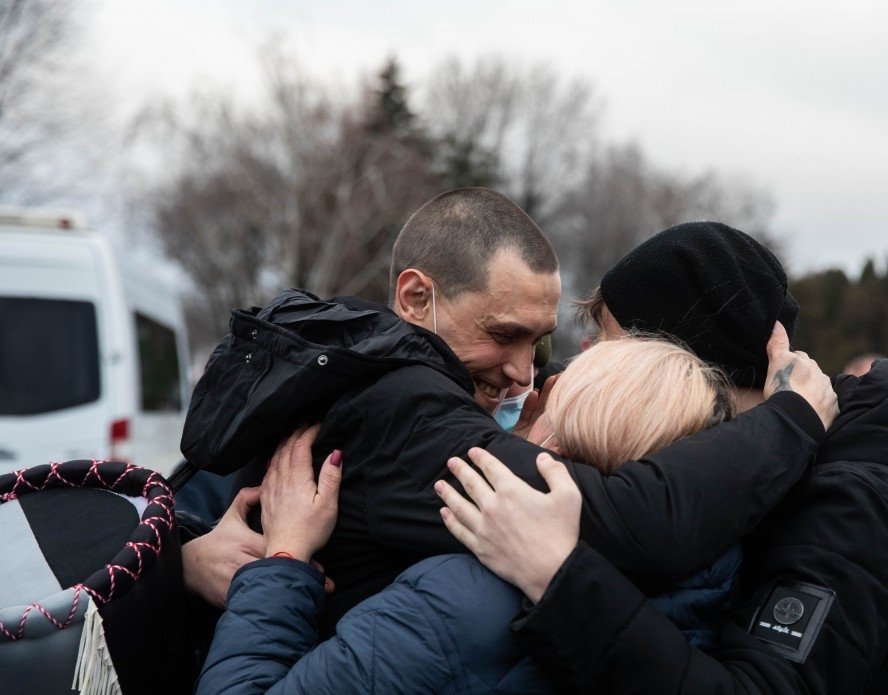 President Recep Tayyip Erdoğan said Saturday that Turkey is pleased about the safe return of Ukrainian sailors who were detained in Libya, responding to a post by his Ukrainian counterpart on Saturday.

“My treasured friend @ZelenskyyUa (Volodymyr Zelenskiy), we are pleased that Ukrainian sailors have returned home safe and sound,” Erdoğan said in reference to Volodymyr Zelenskiy’s tweet on Friday mentioning the role of the Turkish president.

“Together, we will continue to struggle for all our friends, for all our brothers and sisters anywhere in the world,” Erdoğan added.

Zelenskiy expressed appreciation Friday to Erdoğan for his role in the evacuation of a Ukrainian crew after five years of detention.

“Glad to welcome our sailors, members of the Captain Khayyam tanker's crew, at home after 5 years of detention in #Libya! #Ukraine never forgets and doesn't leave its people in trouble,” he said on Twitter.

“Special thanks to @RTErdogan for helping to evacuate our citizens,” the Ukrainian president added.

The sailors, detained in the North African country in 2016, were sentenced to five years in prison in December 2017.

They were released this week and reached Ukraine on Friday.