Turkey, Greece to hold 4th round of talks 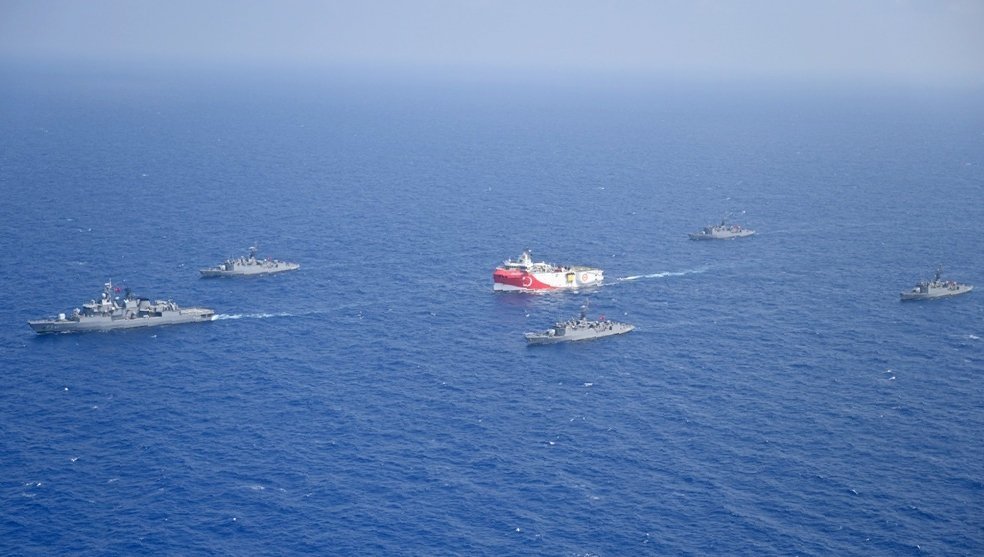 Turkey's research vessel Oruç Reis, in red and white, is surrounded by Turkish navy vessels as it sails in the west of Antalya on the Eastern Mediterranean, Turkey, Aug. 10, 2020. (AP)
by DAILY SABAH
May 26, 2021 6:05 am

Turkish and Greek delegations will hold the fourth round of consultative talks on May 26-27 through a videoconference, the Turkish Defense Ministry announced on Tuesday.

In May 2019, a Turkish defense delegation visited Athens for a technical meeting with Greek officials to boost cooperation, especially in confidence-building measures and establishing a code of conduct in the Aegean Sea.