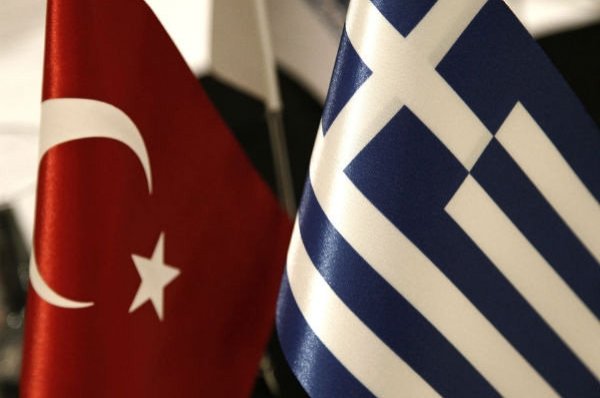 Turkey and Greece agree to resume exploratory talks on the eastern Mediterranean as the 61st meeting on the issue is expected to be held in Istanbul, soon.
by DAILY SABAH WITH AA Sep 23, 2020 12:19 pm

Turkey and Greece are getting ready to hold exploratory talks on the rising tensions in the Eastern Mediterranean as both sides signaled on Tuesday that they would give dialogue a chance to ease the conflict.

The first signal came from Ankara as the Presidential Communications Directorate stated on Tuesday that it had agreed with Greece to start the exploratory talks. The statement came after a videoconference between President Recep Tayyip Erdoğan, German Chancellor Angela Merkel and European Council President Charles Michel on the subject. Erdoğan also reiterated that despite numerous provocations from the other side, Ankara is still determined to have negotiations with Greece. Erdoğan also reportedly welcomed Germany's efforts to mediate and expressed that since Turkey's stance is clear, it is now time for Greece to take a positive step to avert more tension.

Soon after the videoconference, a statement came from the Greek Foreign Ministry in response to Erdoğan's remarks. Unlike Greece's prior stance on the issue, the statement expressed a willingness to have a dialogue. The statement by the Foreign Ministry not only confirmed the beginning of the exploratory talks but also stated that it will take place in Istanbul, soon.

Exploratory talks refer to having bilateral dialogue during which the parties have a critical, but also a constructive approach to each others' opinions. During the talks, the sides provide the necessary information to each other, propose recommendations to solve the problem, discuss these recommendations and then, hopefully, reach an agreement. This format of talks is usually used when there are multiple problems between the parties as the method is regarded as one of the best ways to enhance dialogue in a diplomatic way. in this respect, the problems are treated as a whole package, and when one problem is not solved, the others are considered to be unsolved as well.

These talks continued regularly up until 2016. However, since that date, both due to the political conjecture and the Greek side's reluctance, there have not been any new rounds. However, Germany's efforts to mediate between the two countries renewed hope of restarting the talks. Progress, however, was interrupted when Greece signed a maritime deal with Egypt on Aug. 6, causing the talks to be put aside once again.

Turkey has demanded that the host of disagreements it has with Greece be handled as a whole. Those include territorial waters in the Eastern Mediterranean, the continental shelf, demilitarization of the islands, the legal status of geographical formations, the width of national air space and search and rescue operations.

The country also rejects the one-sided steps by Greece in concert with the Greek Cypriot administration in the region, which, Turkey says, overlooks the rights of the Turkish Republic of Northern Cyprus (TRNC).

Within the scope of these demands, the fact that exploratory talks are on the way – which will disable Greece to act ex parte – shows that Turkey's efforts in the region to preserve their rights have started to pay off.

Seville map has no value

One of the main claims of Greece in the region that causes conflict with Turkey is that the Seville map, which has no official value, provides a basis for its rights in the region.

Trying to brand the map as the "EU's border in the Eastern Mediterranean," Greece uses the map as a way to isolate Turkey from the region and restrict its rights to the limited area of Antalya's bay.

On Monday, the U.S. Embassy in Ankara backed Turkey and stated that the Seville map is not a binding legal document. Previously, a similar statement came from EU authorities as well.

Despite these statements that nullify the map, Greece and the Greek Cypriot administration continue to refer to the Seville map, using it as a resource in proposing their arguments.

The map initially prepared by Juan Luis Suarez de Vivero, a professor of marine geography at the University of Seville, back in 2007, claims to show the maritime jurisdiction areas in the Eastern Mediterranean. However, in Vivero's map, all the jurisdiction areas are being determined in accordance with the angle-bisector method, which provides full jurisdiction to all the islands in the region without any exception. According to this map, which was drawn in accordance with the mathematical calculations alone, the Greek continental shelf in the Eastern Mediterranean reaches almost to the middle of the sea, toward Egypt. When the same angle-bisector method is being applied to Cyprus as well, which is regarded as a whole, Turkey is left only with a small area around Antalya bay.

If the island of Kastellorizo (Megisti-Meis), which is almost adjacent to Turkey's southern coast, gets full jurisdiction in the region, it cuts Turkey's long shoreline as it would receive a maritime jurisdiction that is 4,000 times bigger than its size, approximately 40,000 square kilometers (15,444 square miles).

Ankara finds this situation absurd and states that it is neither rational nor in accordance with international law to give an island that is closer to Turkey than Greece such a large maritime jurisdiction in the region.

According to an article written by Vivero after he drew the map, the long history of conflict between Turkey and Greece over the East Mediterranean needs to be considered with an understanding that the mathematical calculations alone would only create more problems. Acknowledging that the angle-bisector method provides a wide area of jurisdiction to Greece, the article says that since Turkey is left with a very minimal area, this type of calculation would create both economic and geopolitical problems in the future.

Hakan Karan, the head of Ankara University's Maritime Law Application and Research Center, said the Seville map is actually an academic work that was one-sided.

Speaking to Anadolu Agency (AA), Karan expressed that in normal circumstances, the determination of the jurisdiction areas is handled by approaching the area from multiple angles. Karan underlined that it is normal for states located in the Eastern Mediterranean, which is an inland sea, to have jurisdiction areas that are intersecting with each other. Thus, Karan said, every state should calculate their own jurisdiction area and then discuss what kind of a division should be made in accordance with the equitable principles.

As far as the Kastellorizo is concerned, Karan said that according to the United Nations Convention on the Law of the Sea (UNCLOS), if an island has active life on it, it has the right to maritime jurisdiction. However, he continued, there are exceptions to this norm especially when it comes to the islands that are far away from the mainland and yet closer to the other countries' shores.

Pointing to the fact that Turkey is not a signatory to the UNCLOS, Karan noted that the country says islands in seas such as the Aegean and the Eastern Mediterranean cannot have any maritime jurisdiction under any circumstances.