Turkey hails formation of new govt in Lebanon after deadlock 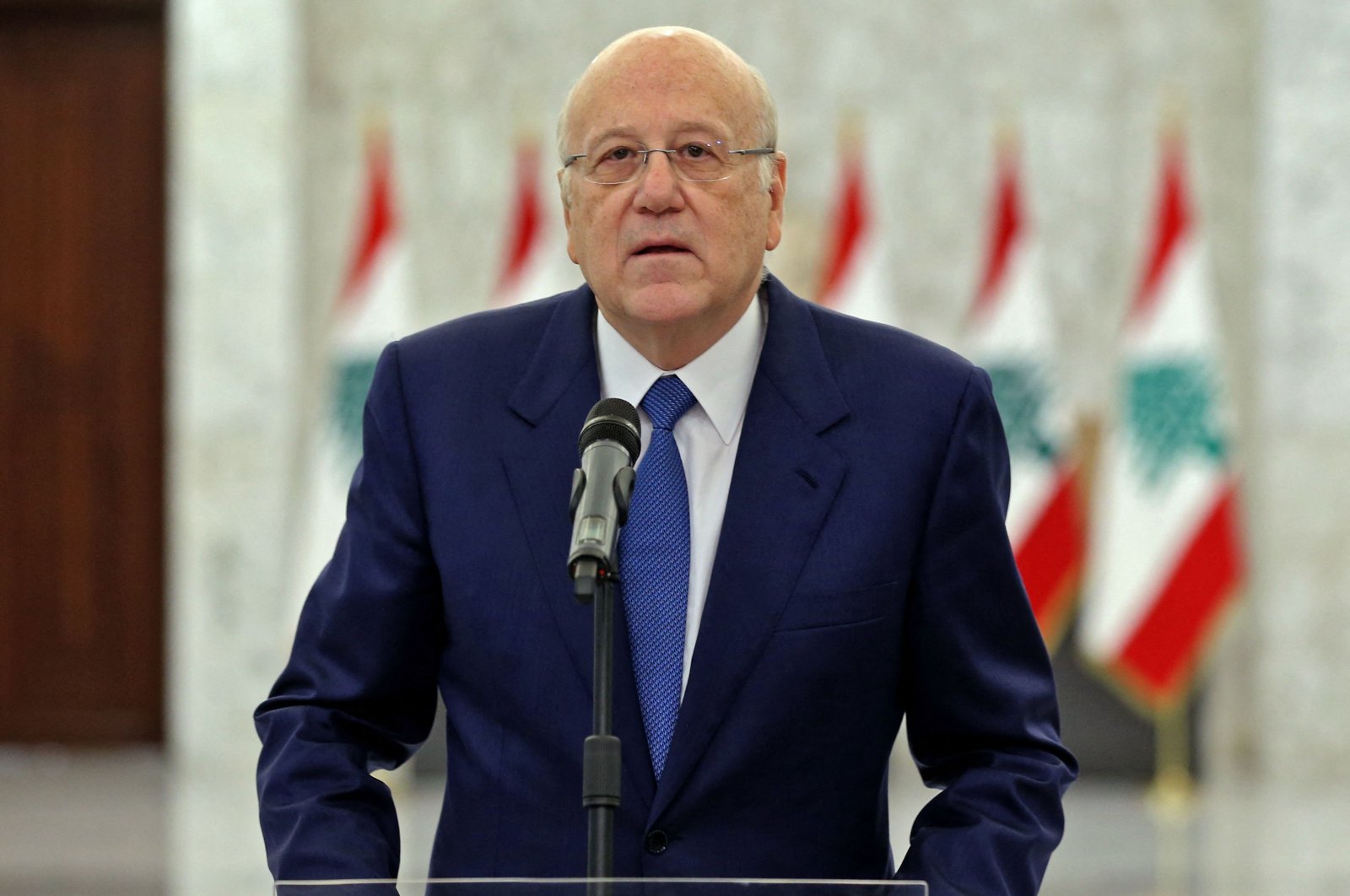 Prime Minister-designate Najib Mikati announcing the formation of a new Lebanese government after a meeting with the President at the presidential palace in Baabda, east of the capital, Beirut, Lebanon, Sept. 10, 2021. (Photo by Dalati and Nohra via AFP)
by DAILY SABAH Sep 11, 2021 3:24 pm

Turkey has welcomed the formation of a government led by billionaire Najib Mikati in Lebanon, ending a deadlock that has lasted for over a year amid ongoing crises in the country, the Foreign Ministry said Saturday.

In a statement, the ministry said it is greatly pleased about the agreement to give Mikati the mandate to form the government after 13 months.

The ministry also said it hopes the new government will be able to take office after receiving a vote of confidence as soon as possible.

"Turkey will continue to support Lebanon's and the Lebanese people's prosperity, stability and security," the ministry said.

Lebanon has been without a fully empowered government since the catastrophic Aug. 4, 2020, explosion at Beirut port, which forced the resignation of then Prime Minister Hassan Diab’s government. Rival political groups had been locked in disagreement over the make-up of a new government since then, hastening the country’s economic meltdown.

The new Cabinet of 24 ministers headed by billionaire businessperson Najib Mikati was announced by the president's office, and later by the Secretary-General of the Council of Ministers Mahmoud Makkieh. Ministers were handpicked by the same politicians who have ruled the country for the past decades and whose corruption and mismanagement many blame for the country’s current crisis.