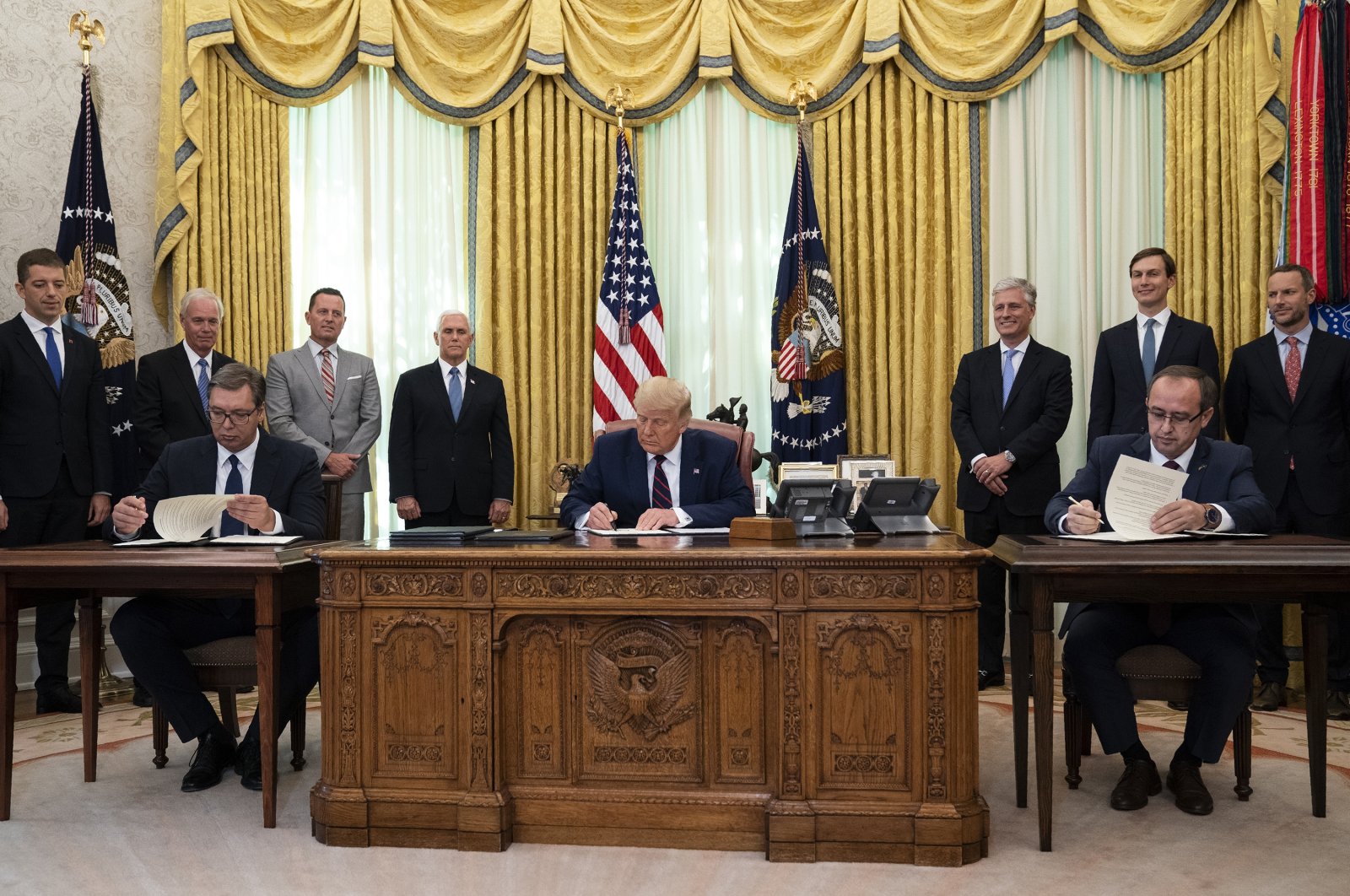 Turkey is deeply concerned by Serbia's decision to relocate its embassy in Israel from Tel Aviv to Jerusalem, as well as Kosovo’s intention of opening mutual embassies with Israel after pledging to recognize the country, the Foreign Ministry said in two separate statements.

"We call on all countries to abide by the U.N. resolutions adopted on this matter, respect the historical and legal status of Jerusalem, and refrain from steps that will make the resolution of the Israeli-Palestinian conflict even more difficult," said the ministry in a written statement late Saturday, recalling that the annexation of Jerusalem by Israel was rejected by the international community and the U.N.

"It has been repeatedly emphasized in various U.N. resolutions that the Palestinian issue can only be solved with the establishment of an independent and sovereign Palestine state on the basis of the 1967 borders with East Jerusalem as its capital," it underlined and said any country moving its embassy to Jerusalem would be a clear violation of international law.

Separately on Sunday, the ministry said the intention by Kosovo’s authorities to open mutual embassies with Israel was met with disappointment by Turkey because the step violates international law.

The ministry reminded that Turkey was one of the first countries to recognize Kosovo, which declared its independence from Serbia in 2008, and supported the country to be recognized by the international community. "However, we do not support this process being established on the pain of the Palestinian people, whose territory is under occupation, and being a violation of law," the ministry said, calling on Kosovo to respect the law and to avoid steps that could prevent Kosovo from being recognized by other countries in the future.

Turkey's response came after U.S. President Donald Trump announced Friday that Serbia and Kosovo have agreed to normalize economic ties with Israel as part of U.S.-brokered talks that include Belgrade moving its embassy to the contested city in July.

After two days of meetings with Trump administration officials, Serbian President Aleksandar Vucic and Kosovo’s Prime Minister Avdullah Hoti agreed to cooperate on a range of economic fronts to attract investment and create jobs. Serbia and Kosovo signed separate agreements with the U.S. in which Serbia agreed to move its embassy to Jerusalem. Kosovo and Israel agreed to normalize relations and establish diplomatic ties.

Serbia also agreed to open a commercial office in Jerusalem in September.

Israel seized control of east Jerusalem in 1967 and later annexed it in moves never recognized by the international community.

The United States in December 2017 recognized Jerusalem as Israel's capital and shifted its embassy from Tel Aviv to the city, sparking Palestinian outrage.