Turkey has right to self-defense in Idlib, Pompeo says 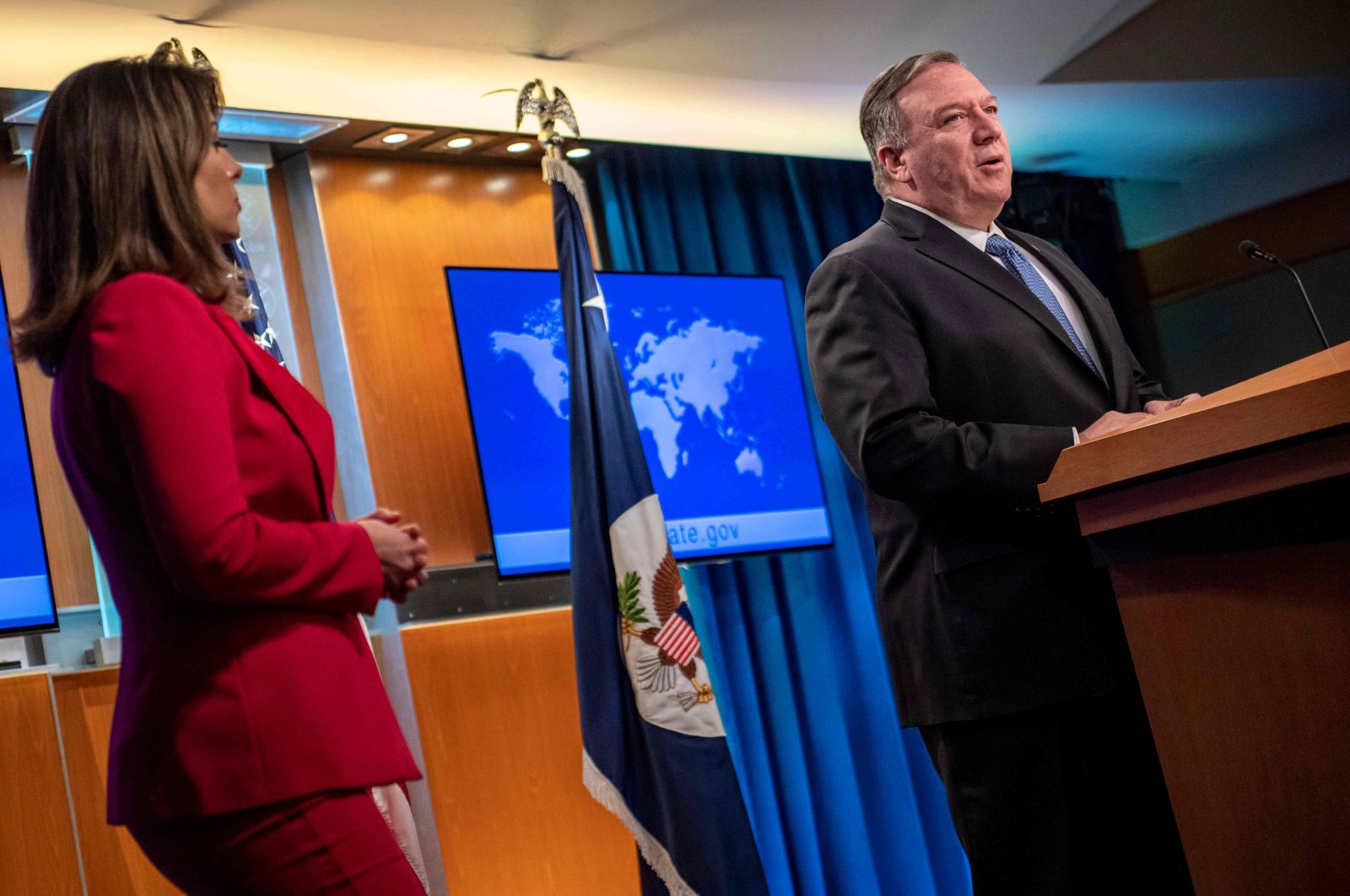 U.S. Secretary of State Mike Pompeo delivers remarks to the media, in the Press Briefing Room, at the Department of State in March 5, 2020 in Washington D.C. (AFP Photo)
by Anadolu Agency Mar 05, 2020 6:27 pm
RECOMMENDED

U.S. Secretary of State Mike Pompeo voiced unwavering support for Turkey in Syria on Thursday as Ankara seeks to thwart a Bashar Assad regime offensive in the country's northwest.

"We believe firmly that our NATO partner Turkey has the full right to defend itself against the risk that's being created by what Assad, the Russians and the Iranians are doing inside of Syria," Pompeo told reporters in Washington.

"Hundreds of thousands of Syrians from all faiths, but predominantly Muslim, are being harmed by what the Assad regime, the Russians and the Iranians are doing inside of Idlib. The Turkish government has asked us for a handful of things. We're evaluating all of those requests," Pompeo said.

The U.N. estimates that 900,000 people have been displaced since the regime began its campaign in December with the assistance of Russian air power and Iranian fighters.

Turkey launched Operation Spring Shield on Sunday after 36 Turkish soldiers were killed in an Assad regime airstrike in Idlib a week earlier.

Teams from the Pentagon and State Department are working to determine "how best" to reduce violence "and stop the enormous humanitarian crisis that continues to take place" in northwestern Syria, Pompeo added.

Turkish troops were stationed in Idlib as part of the 2018 Sochi deal with Russia to protect the civilian population and counterterrorism groups. Turkey and Russia agreed that year to turn the region into a de-escalation zone in which acts of aggression were expressly prohibited.

More than 1,300 civilians have been killed in the Idlib de-escalation zone in such attacks, sending upwards of a million refugees toward Turkey's border with Syria.

Pompeo said the U.S. "requirement is that they move back to the Sochi agreement, back from 2018, that they too enter into a cease-fire in the region," likely referring to Russia.