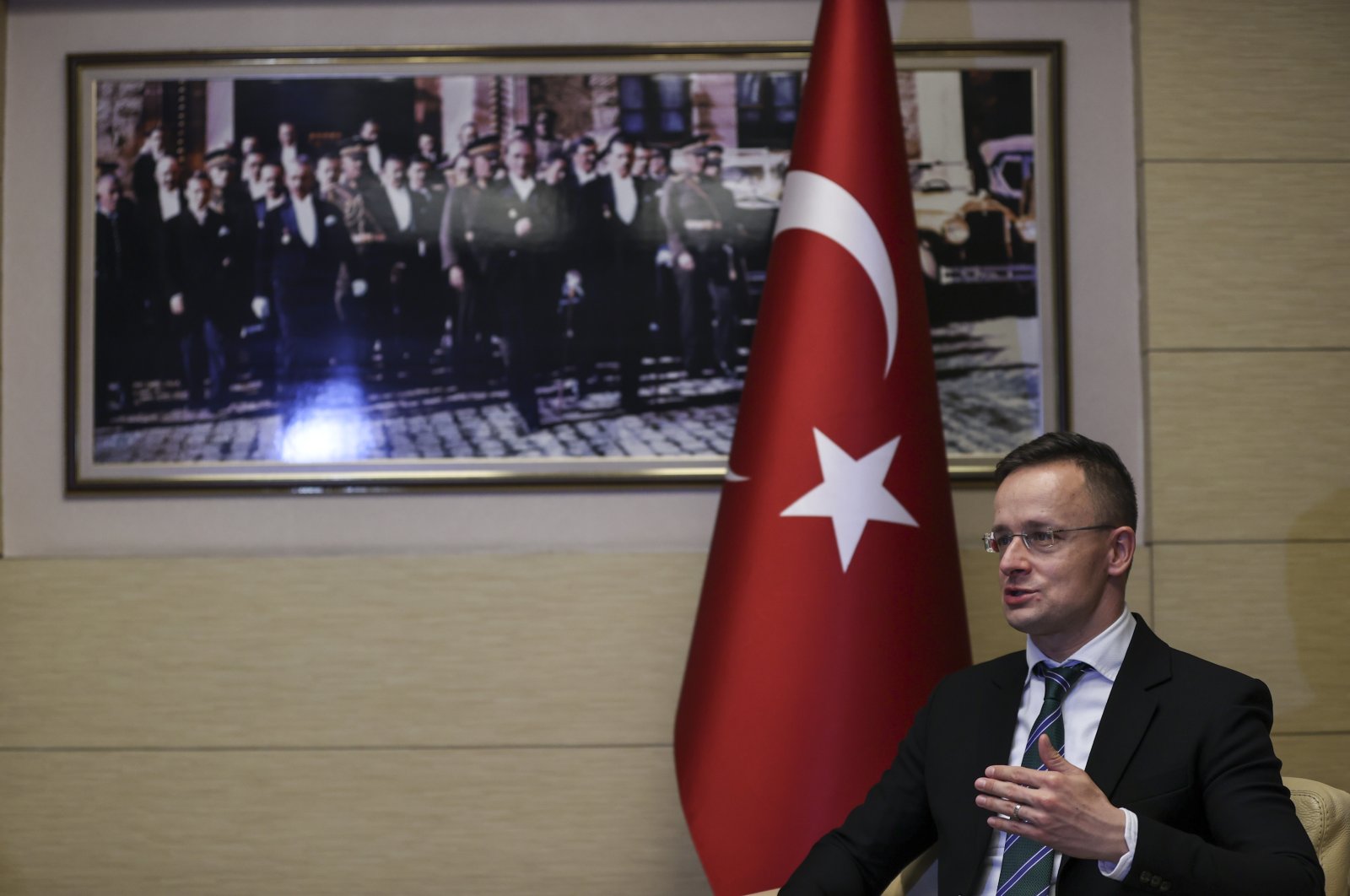 Turkey-Hungary relations are based on mutual respect at a time when international cooperation based on this principle is more needed than ever, Hungarian Foreign Minister Peter Szijjarto said Wednesday.

Speaking to the Anadolu Agency (AA), Szijjarto said despite all its negative effects, the pandemic would have at least one positive impact, as all countries would understand international cooperation based on mutual respect is more needed than ever.

"Turkey-Hungary relations are based on this principle. I mean mutual respect. That's why we can talk to each other even if there are issues on which we might have a different approach," he added.

Referring to the reactions of some European Union countries to his country's state-of-emergency decision due to the pandemic, Szijjarto stressed that there are also countries like Turkey who extended a helping hand to Hungary during its difficult times.

He also recalled and hailed the good cooperation between Hungary, the observer member of the Turkic Council, and other member states – Turkey, Uzbekistan, Azerbaijan and Kazakhstan – during the pandemic.

The Hungarian foreign minister also said his country sees Turkey as a strategic partner of the EU, and that Hungary defends a foreign policy based on this principle, instead of one of hostility against Turkey.

"We consider Turkey a strategic partner, not only for Hungary but also for the EU, as Turkey is a country with the strongest economy in Europe's neighborhood," Szijjarto said.

Hungary understands Turkey's intention to become one of the top 10 economies of the world soon, he said, adding that his country wishes to have effective and dynamic cooperation with Turkey as they seek to increase bilateral trade volume to $5 billion (TL 39 billion).

"We consider Turkey a strategic partner of the EU, and that's why we argue in favor of a policy toward Turkey based on this principle, instead of (a policy on) hostility, hypocrisy, double standards, judging and lecturing," Szijjarto said, responding to a question of what would be Hungary's attitude toward possible EU sanctions at the European leaders' summit Thursday and Friday.

On Tuesday, Szijjarto was received by President Recep Tayyip Erdoğan and held a joint news conference with Foreign Minister Mevlüt Çavuşoğlu as part of his official visit to Ankara.