Turkey in steadfast support of Azerbaijan as clashes continue 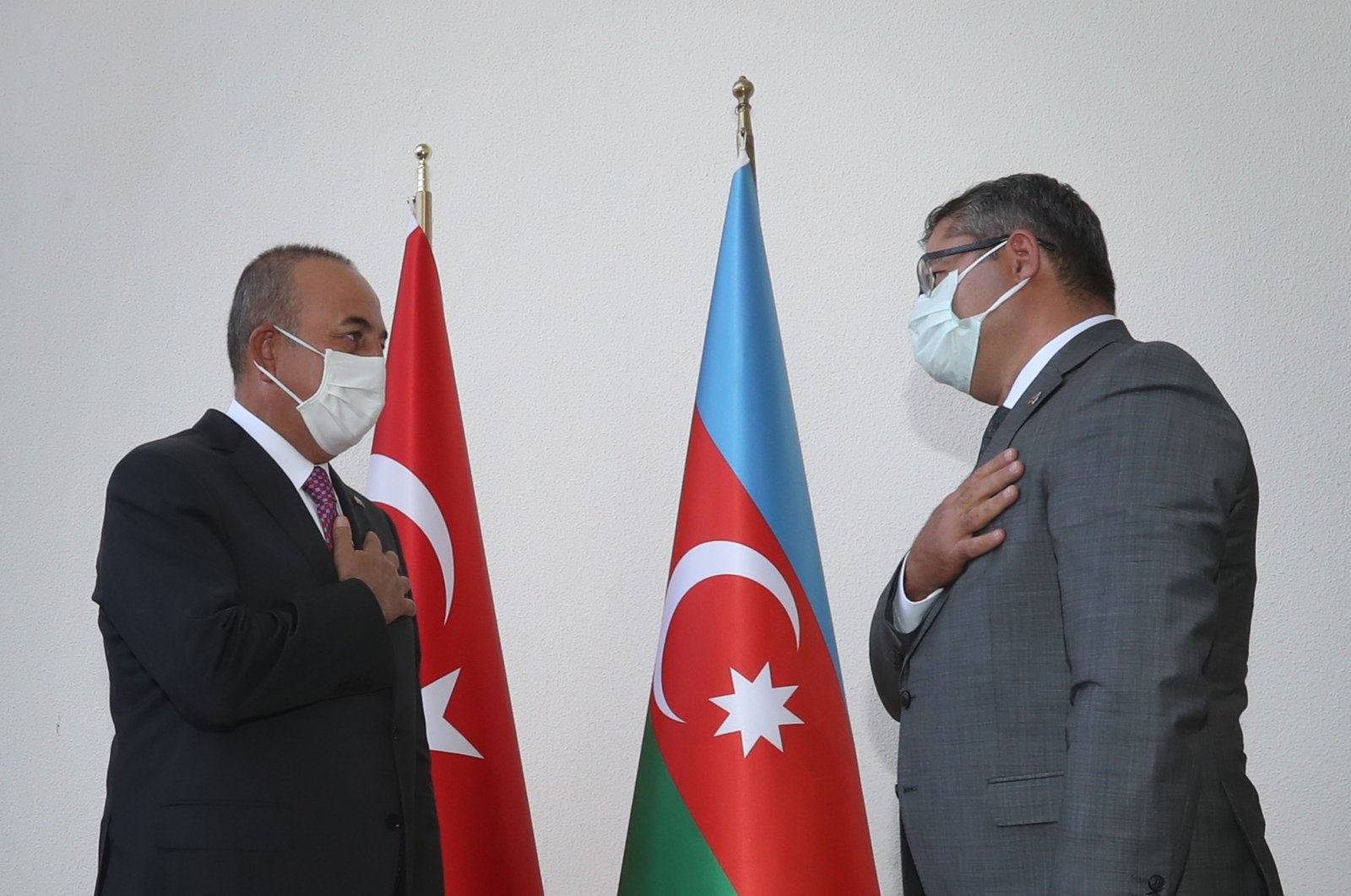 As the clashes between Armenian occupation forces and Azerbaijani military continue, Turkish officials continued to voice their support for the brotherly nation and urged Armenia to end its illegal hold on Nagorno-Karabakh

Turkey reiterated its steadfast support for Azerbaijan, one of its biggest allies, as the military confrontation between Azerbaijan and Armenia over the latter's illegal occupation of Nagorno-Karabakh continued Tuesday.

As soon as the violations began, Ankara reiterated its support for Azerbaijan, with officials, mainstream political parties and the Turkish Foreign Ministry declaring unwavering backing of its brotherly Turkic nation.

Azerbaijan always stands by Turkey based on the "two states, one nation" principle, he quoted Aliyev as saying.

Similar to other fields, Turkey continues to support Azerbaijan in diplomacy as President Erdoğan and Foreign Minister Mevlüt Çavuşoğlu held talks with foreign officials regarding the tense situation in the Caucasus.

Erdoğan spoke over the phone with U.K. Prime Minister Boris Johnson on Monday, with the conflict between Armenia and Azerbaijan topping the agenda.

Apart from tensions in the Mediterranean and trade ties, the Erdoğan-Johnson phone call focused on the conflict that erupted between Armenia and Azerbaijan over the Armenian-occupied Nagorno-Karabakh region.

Meanwhile, on Tuesday, Foreign Minister Çavuşoğlu paid a visit to the Azerbaijani embassy in Ankara and held phone calls with his counterparts to defend Azerbaijan's right to its own territories occupied by Armenian forces.

Justice and Development Party's (AK Party) Deputy Chair Numan Kurtulmuş also visited the embassy to have a meeting with the Ambassador Khazar Ibrahim and other diplomats.

"Solution to the Nagorno-Karabakh conflict is Armenia's withdrawal from occupied territories. Just as we all support Georgia's territorial integrity, we should support Azerbaijan in the face of illegal Armenian occupation of its territories,"

Çavuşoğlu said during a press conference after the meeting.

In a previous statement, the Turkish Foreign Ministry also said Armenia is staging yet another provocation.

"Azerbaijan will of course use its legitimate right of self-defense to protect its civilians and territorial integrity. In this process, Turkey's support for Azerbaijan is unwavering. However, if Azerbaijan wants us to support them, we will do so,"

Turkish Defense Minister Hulusi Akar also condemned Armenia's "heinous" attack in a statement released later Sunday. "We are with our Azerbaijani brothers, who are fighting for their territorial integrity, to the end with all the means we have," he said.

Speaking after the AK Party's Central Decision and Executive Board meeting at party headquarters in the capital Ankara, spokesperson Ömer Çelik late Tuesday said that Armenia's attacks on civilian areas are a clear violation of international law and the international community should condemn Armenia.

In a statement on Twitter, Akşener said the Armenian attacks against Azerbaijan are unacceptable.

“I call on the government, the international community and the Minsk Group to end the Armenian occupation and take steps to immediately solve the matter,” Akşener said.

Diplomatic relations between Turkey and Azerbaijan have always been strong as both nations share a similar history, language and heritage.

Often called "one nation and two states" by both sides' leaders, the countries continue to enjoy tremendous progress in ties.