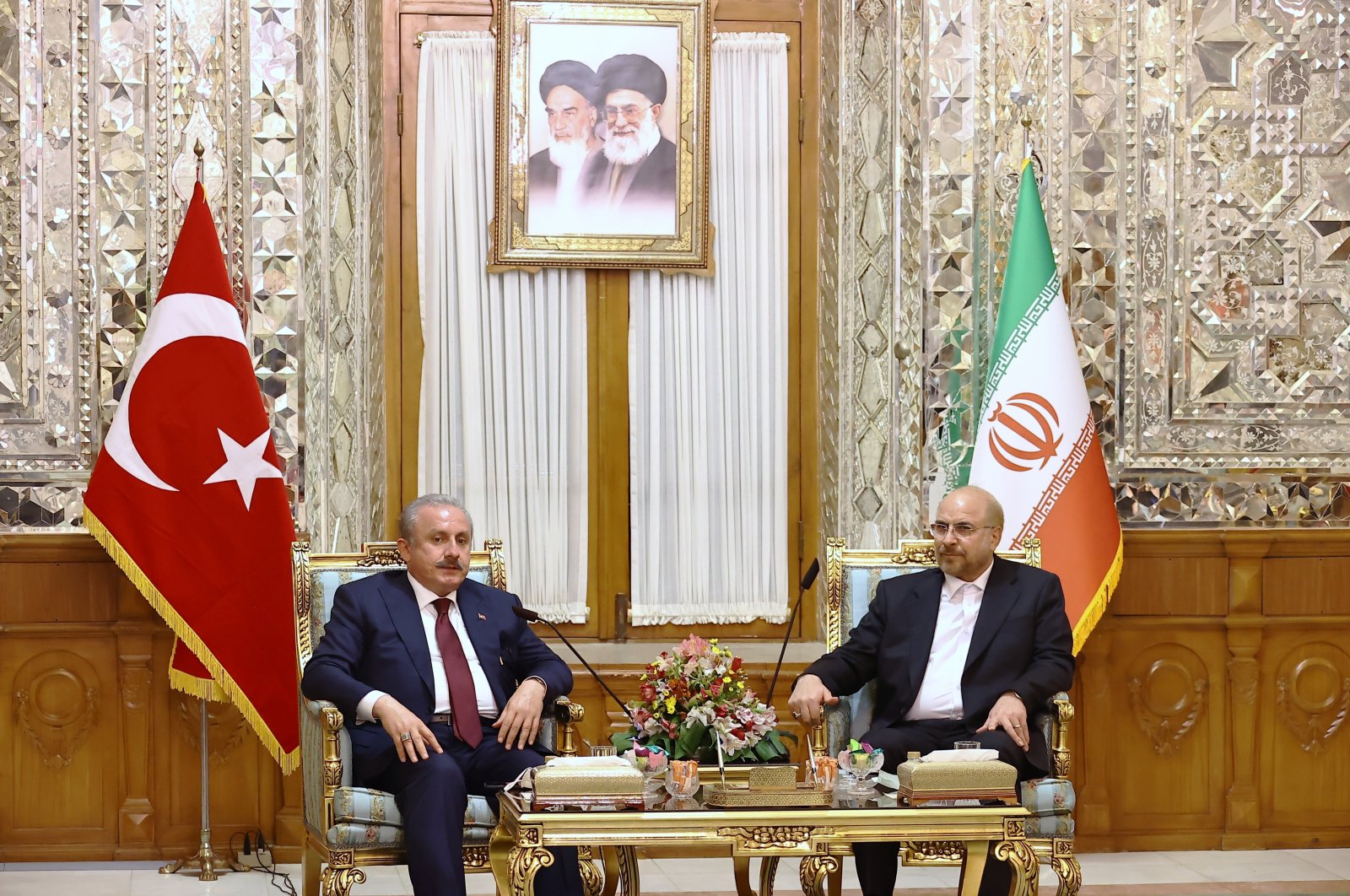 Turkey and Iran have been affected by a large flow of migrants from Afghanistan, as the country's long-running conflict intensifies. The Taliban already controls large portions of the countryside and challenges Afghan forces in several large cities.

Turkey and Iran are the countries most affected by the migration problem caused by increasing tensions caused by the advance of the Taliban in Afghanistan, Parliament Speaker Mustafa Şentop stated on Thursday.

Speaking during a meeting with the head of the Iranian Parliament Mohammad Bagher Ghalibaf in an official visit to the country, Şentop underlined that the migration problem and instability in Afghanistan is a common problem of Islamic countries.

“We have to increase our cooperation to ensure stability and stop the migration wave from Afghanistan.”

Şentop also stressed that the PKK is also a threat to the region and urged cooperation in this regard.

Concerns over a possible spike in migrants from Afghanistan before the United States pullout have risen.

The Taliban has pressed a sweeping offensive across Afghanistan in recent months, capitalizing on the last stages of the U.S. troop withdrawal, due to be completed by the end of August, and raising fears of a potential humanitarian crisis.

Turkish Defence Minister Hulusi Akar said last week that surveillance at the Iranian border had been increased with additional troops, among other measures.

Turkey is also erecting a wall along parts of the 300-kilometer (186-mile) border.