Afghan refugees reach Turkey, half die along the way 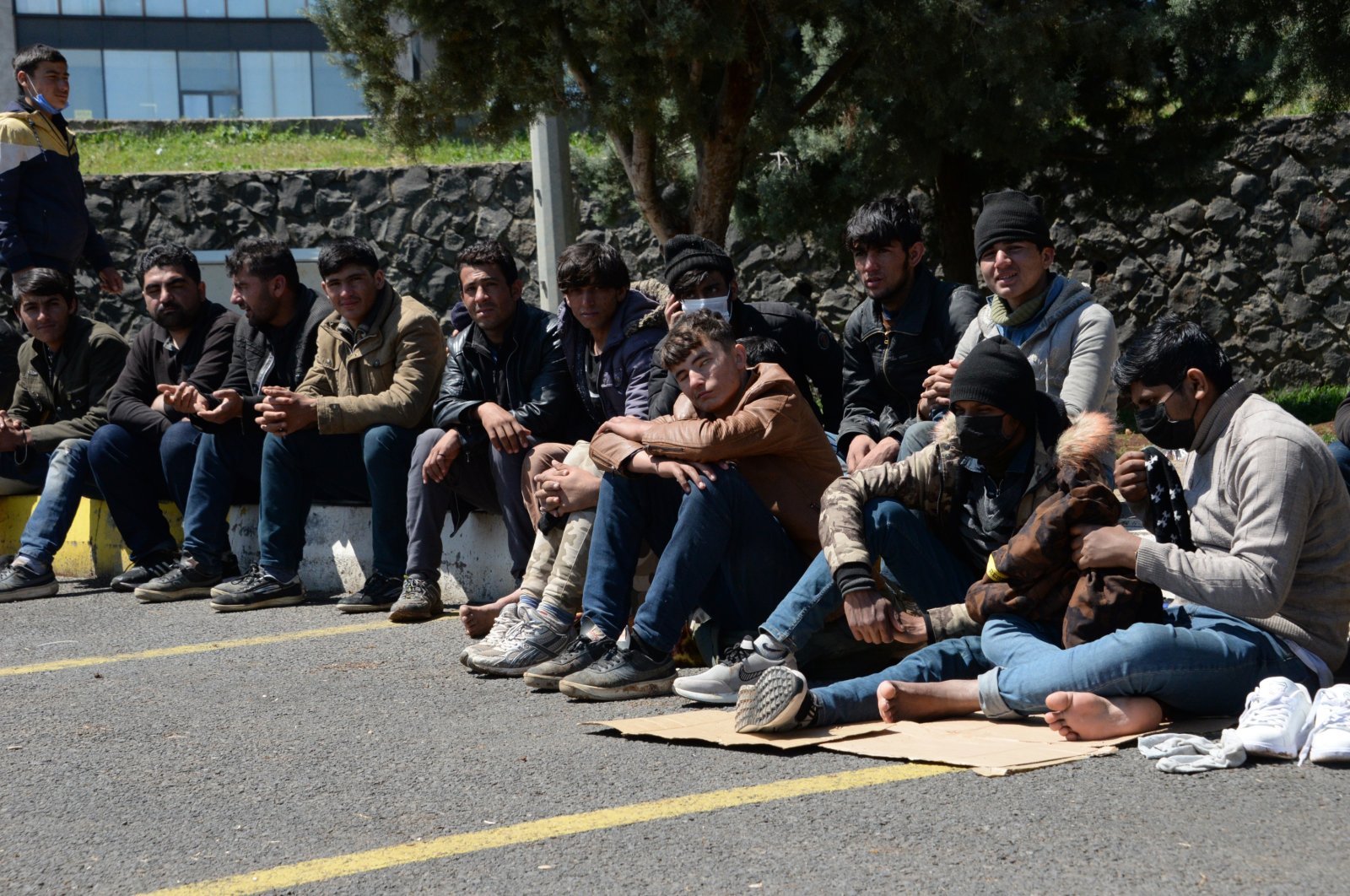 Afghan refugees who just arrived in Turkey wait in the garden of a bus terminal in southeastern Diyarbakır province, Turkey, April 15, 2021. (DHA)
by Daily Sabah with DHA Apr 15, 2021 1:05 pm
RECOMMENDED

Afghan refugees fleeing from poverty and war at home reached Turkey's southeastern Diyarbakır province on Thursday after a difficult 53-day journey. While relieved to have reached their destination, the moment was bittersweet for the refugees as half of the group had died along the journey, failing to reach Turkey.

"We walk, we cross the mountains, many wounded, died after falling from the mountain. We could reach here with only 50 people, others died," one of the refugees, 27-year-old Mehdi, said, adding that they set off as a group of 100. Mehdi explained that some of his travel companions died due to their injuries, while others succumbed to disease or fell from the mountains.

Setting off from Afghanistan, Afghan migrants' journey to Turkey via Iran takes about two months. They usually end up in provinces like Van and Diyarbakır in hope of receiving a helping hand from the locals. Philanthropists in the provinces do not leave Afghans emptyhanded, offering food and other basic supplies to those helplessly waiting at bus terminals.

"We came here to escape the Taliban threat in Afghanistan. We come to Turkey because it is safe for us," Mehdi stated.

Mehdi said that apart from a short drive after reaching Turkey, the entire journey was done on foot.

"We suffered a lot," he expressed and added: "This is a Muslim country. We want to live and work here, as long as they don't send us back to Afghanistan."

As far as the circumstances in Afghanistan are concerned, Mehdi said that the country struggles with war and that all parties, including the Taliban and the Afghan government, are pushing for the country's youth to fight for their side.

"Young people always die there. We wanted to come to Turkey because we wanted to remain alive," Mehdi said and added that they send the money they earn in Turkey to their families in Afghanistan.

"We work wherever we find a job. We have no place to sleep, we stay in the garden of the terminal. If anyone brings us bread and water, we eat it. Most of our deported friends are taken hostage by gangs at the Iranian border, tortured. Their families are asked for ransom. They torture and kill those who do not provide a ransom," he continued.

Noting that he traveled 53 days with his friends to Diyarbakır, another refugee Abdullah also said that they set out as five people, but only two made it.

"We have been on the road for 53 days. We arrived here from Afghanistan. They do not sell us (bus) tickets here, let us go elsewhere. We want to go to (the western province of) Düzce, but we cannot go. We came here with great difficulties on the roads. During the last three nights before arrival, we walked the road without sleeping at all. They caught us once at the border and sent us back, but we did not have the chance to go back," Abdullah explained.

Turkey has seen a surge in the number of illegal Afghan migrants in recent years. It is believed that the surge is tied both to the increasingly volatile situation in Afghanistan and human smugglers seeking to make as much profit as possible before Turkey completes a border wall to prevent illegal crossings.