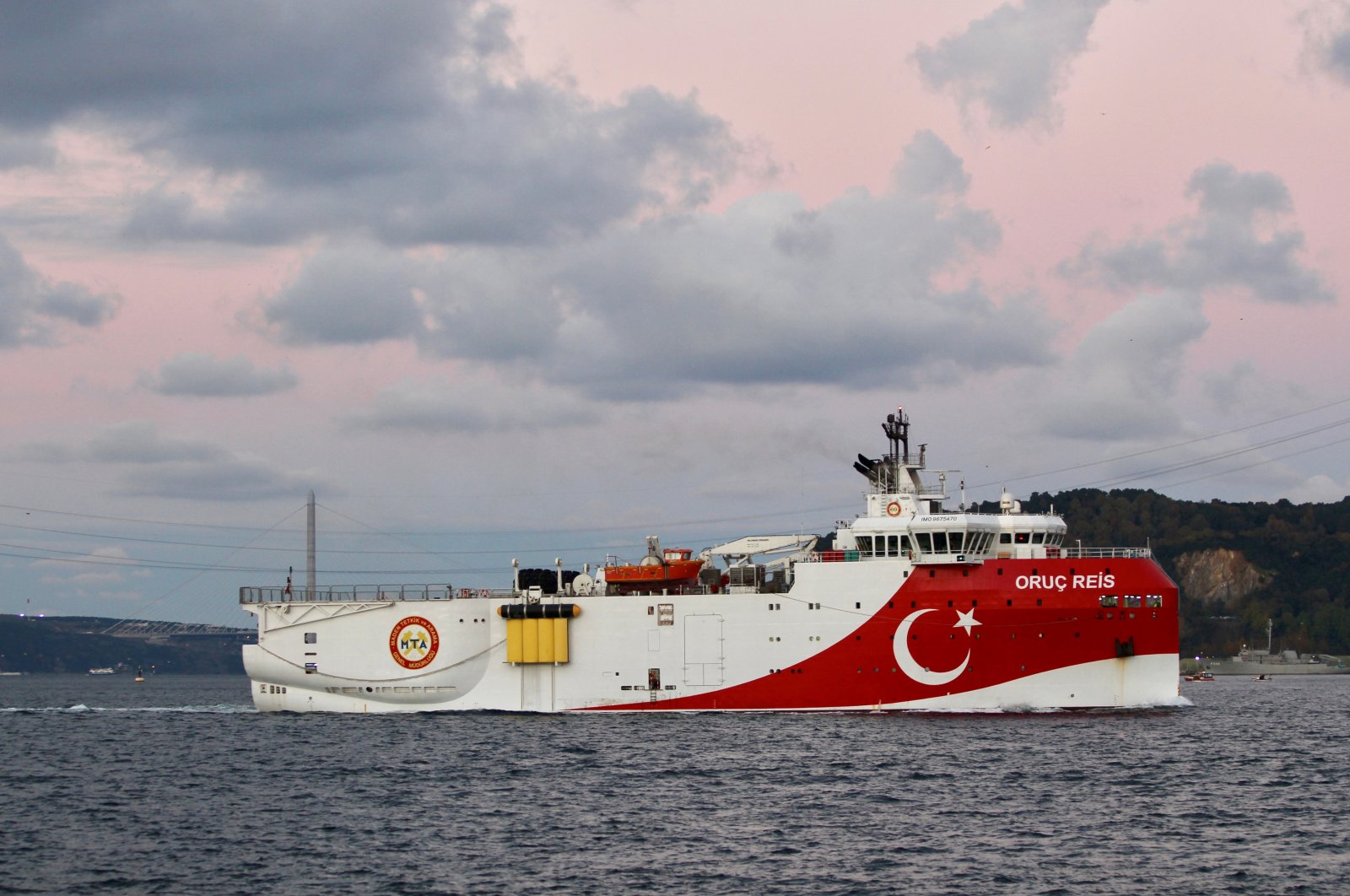 Turkey issued a new Navtex for the Oruç Reis seismic exploration vessel to carry out activities south of the island of Kastellorizo (Megisti-Meis) until Oct. 22, reports said Sunday.

The vessel will carry out seismic studies in the Eastern Mediterranean together with two other vessels, the Ataman and Cengiz Han.

The research ship is capable of conducting all kinds of geological, geophysical, hydrographic and oceanographic surveys, especially of the continental shelf and natural resource searches.

After Athens objected to Ankara's seismic survey in an area south of the island of Kastellorizo, German diplomatic efforts helped defuse tensions between the two neighbors.

The Oruç Reis returned to the Turkish port of Antalya in mid-September, after its time at sea – as determined in its latest Navtex declaration – came to an end.

The vessel's exploration work was initially scheduled to last until Sept. 1. However, later on, the period was extended until Sept. 12, with the expectation of another extension later, continuing until Sept. 25. However, many argue that talks between Turkey and Greece initiated by NATO last week are the main reasons behind the vessel's break from work in order to enhance dialogue and ease tension. Still, Turkey highlighted multiple times that the vessel's work will continue after a short break since the country's determination to maintain its rights in the region remains strong.