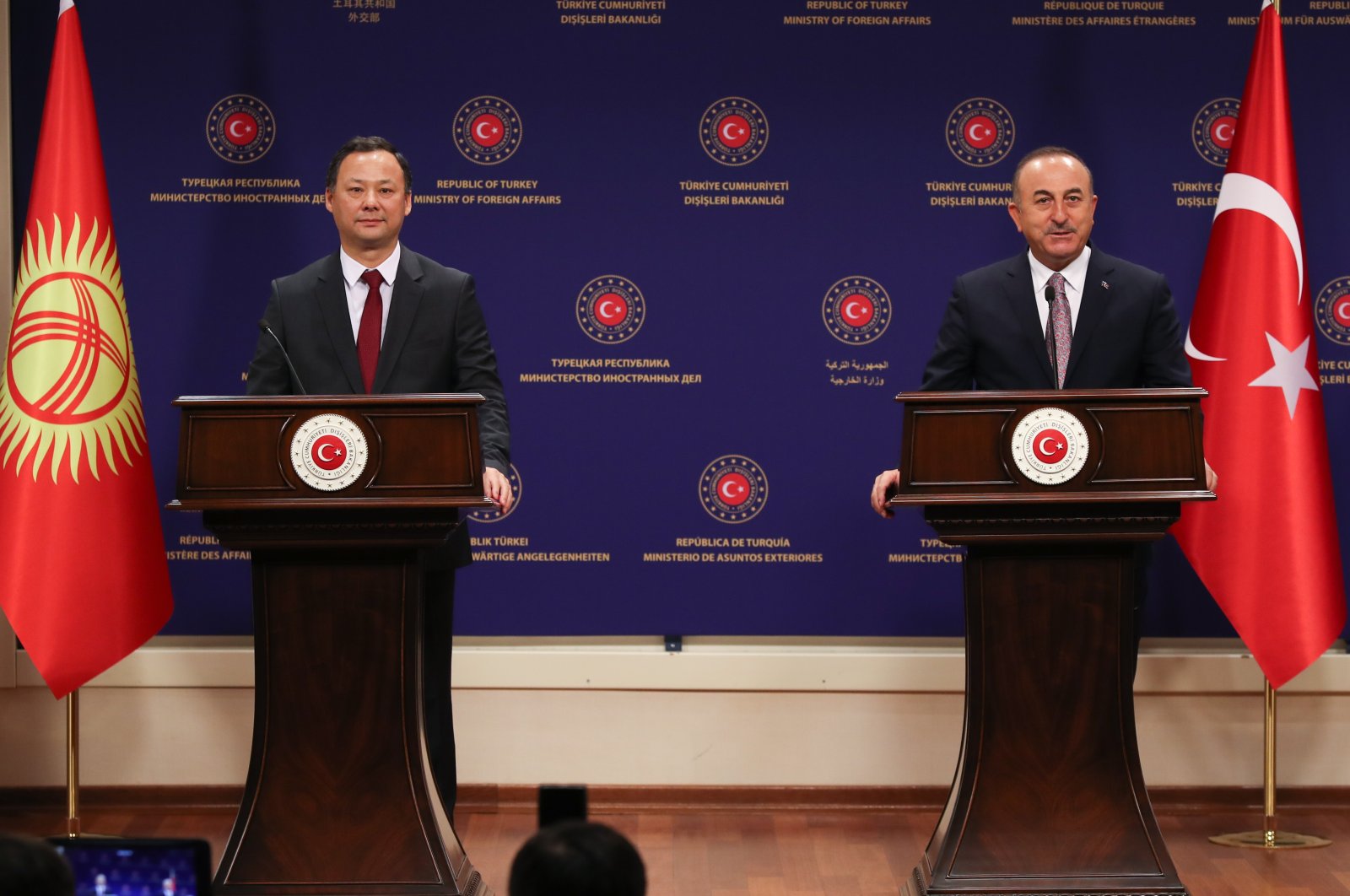 The agreement was signed during a meeting between Foreign Minister Mevlüt Çavuşoğlu and his Kyrgyz counterpart Ruslan Kazakbaev in the capital Ankara, where both underlined the strong bilateral ties.

The Maarif Foundation, which was founded on June 17, 2016, officially started its activities a few months after the brutal coup attempt by the Gülenist Terror Group (FETÖ).

One of Maarif's missions was to take over the schools formerly operated by FETÖ, which is known for its international network of institutions.

It was also established to set up Turkish schools abroad and is now active in 43 countries with 332 schools and dormitories, from simple education centers to universities, that cater to 38,846 students.

Speaking at a joint news conference following the meeting, Çavuşoğlu said FETÖ is a threat to all.

In response to a question regarding the recent action taken against a FETÖ-linked charter school in the U.S., the Turkish foreign minister said, American authorities are finally starting to realize the threat posed by the terrorist group.

Çavuşoğlu said the Americans are beginning to understand FETÖ's dark ambitions and how it uses people and technology toward its illicit aims.

"FETÖ is a threat to all countries, not just Turkey. We have warned all countries; FETÖ is a terrorist organization, a criminal network, (and) everyone should fight it," he added.

He said FETÖ members were also at the forefront of the post-election violence in Kyrgyzstan.

"What FETÖ members love the most is to create chaos, execute coups and spark riots wherever they go. The steps that need to be taken are essential for peace and stability in Kyrgyzstan," he added.

FETÖ and its U.S.-based leader Fetullah Gülen orchestrated the unsuccessful coup of July 15, 2016, in Turkey which killed 251 people and left nearly 2,200 injured.

Turkey and Kyrgyzstan's relations have been developing well, particularly in the economic field, Çavuşoğlu said.

"Our economic ties have grown stronger. Last year, our trade volume exceeded $500 million with a 22% increase," he said, adding that the aim is to hit the $1 billion mark.

The minister said Turkey attaches great importance to Kyrgyzstan's economic development and will continue to invest in the country.

He recalled that Turkey has provided financial support and extended credit to Kyrgyzstan in the past and also provided medical aid to help in its fight against COVID-19.

The Kyrgyz foreign minister began his speech by conveying his respect on the anniversary of the death of Turkey's founding father Mustafa Kemal Atatürk.

Turkey and Kyrgyzstan are brothers, not just strategic partners, Ruslan Kazakbaev said, recalling that Turkey was the first country to recognize Kyrgyzstan and open an embassy there.

"Turkey continues to provide economic and humanitarian aid to Kyrgyzstan. Thank you very much for that. I thank the Turkish people, especially President Recep Tayyip Erdoğan," Ruslan Kazakbaev said.

He said the two sides discussed bilateral and multilateral issues in detail, stressing that Kyrgyzstan will continue to act in coordination with Turkey in all areas of foreign policy.

"We are brotherly countries with one language, one religion and one culture," Kazakbaev said, noting that there are no problems between the two countries.

He added that both sides are committed to raising the volume of bilateral trade to $1 billion.

Kazakbaev concluded his remarks by inviting Çavuşoğlu to Kyrgyzstan on an official visit.