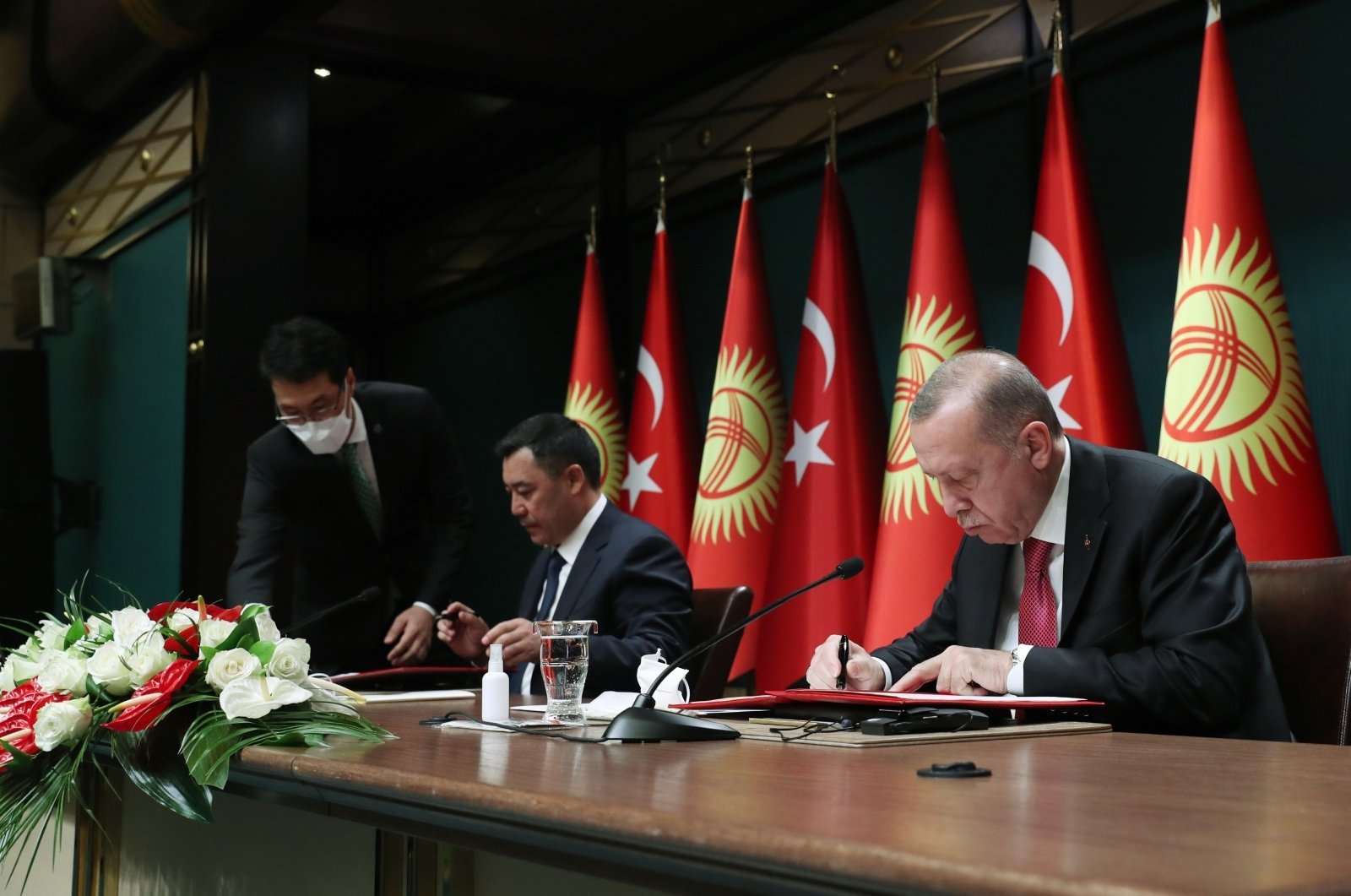 President Recep Tayyip Erdoğan in a phone call with Kyrgyz counterpart Sadyr Zhaparov on Thursday underlined that ties between the two countries have developed in all fields.

"In the last 30 years, relations between the two countries have developed rapidly and steadily in all fields on the basis of common history, culture and brotherly relations," said a joint statement by Erdogan and Zhaparov released by the Turkish Presidency.

Noting that Turkey was the first country to recognize the independence of Kyrgyzstan and establish diplomatic relations with the Central Asian country, it added that today, Ankara and Bishkek "actively maintain cooperation in the military-technical and security fields, which has become an important element of stability in the region."

"Turkey and Kyrgyzstan have shown exemplary solidarity in combating COVID-19 and reducing the negative impact of the pandemic on their citizens, as well as commercial and transport activities," it said.

The statement said that the two countries were determined to continue deepening their close cooperation and solidarity in the fight against the coronavirus.

Strongly condemning all forms and manifestations of terrorism, the two leaders said the fight against terrorism could be carried out effectively only if the international community acted together without politicizing the issue and applying double standards.

"Turkey and Kyrgyzstan will continue to work together to further increase the role and effectiveness of the Organization of Turkic States," the statement said.

They also confirmed their will to strengthen dialogue and cooperation on multilateral platforms, as well as bilateral strategic cooperation to improve the sustainable development, stability and prosperity of both countries.