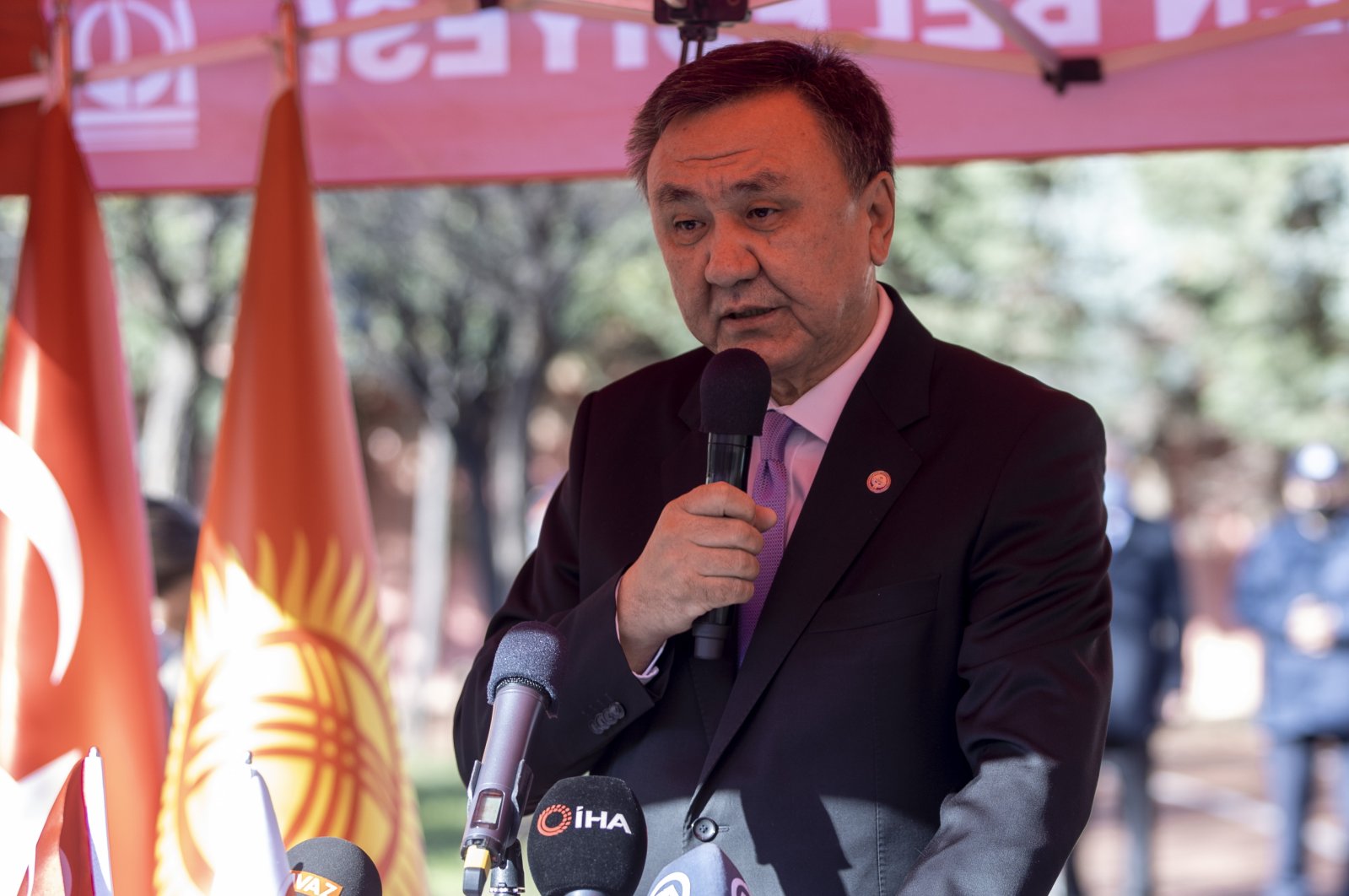 The Kyrgyz ambassador in Ankara highlighted on Friday Turkey's importance for his country in terms of foreign trade, investment and other fields.

Speaking at a conference held by Ankara Center for Crisis and Policy Studies (ANKASAM) in the Turkish capital, Kubanychbek Omuraliev marked the 30th anniversary of Turkish-Kyrgyz relations.

"Kyrgyzstan and Turkey have achieved great successes in terms of improving dialogue and cooperation in significant issues" over the past 30 years, he said.

The two countries have signed over a hundred agreements and protocols for cooperation in areas of politics economics, culture, science, education and military, he added.

"In the last 30 years, Kyrgyzstan and Turkey cooperated in a way to reciprocally support each other through difficult times," Omuraliev continued. "Turkey holds a special place in Kyrgyzstan's foreign trade, and it is one of our prominent investment and trade partners," he added.

He said that more than 100 Turkish businesspeople have been running businesses in Kyrgyzstan for over 30 years, and the number of companies that Turkish citizens or legal entities have founded in Kyrgyzstan has exceeded 1,000 in 2021.

Touching on the economic relations between the two countries, Omuraliev said the trade volume between Kyrgyzstan and Turkey was $519.2 million in 2019 and $507.5 million in 2020, and it has risen to $661.1 million between January and October 2021.

Kyrgyz-Turkish Manas University is one of the most significant examples of the successful interactions in diplomatic relations in the fields of cultural and humanitarian cooperation, he also said.

Diplomatic relations between the two countries were established on Jan. 29, 1992. The embassies were reciprocally opened in Bishkek and Ankara in the same year.

The Agreement on Eternal Friendship and Cooperation was signed by Turkey's eighth President Turgut Özal and Kyrgyzstan's first President Askar Akayev in 1997.

The two countries also signed a joint statement on the establishment of a high-level strategic cooperation council in 2012.

Turkey provides the most development and social aid to Kyrgyzstan, especially through the state-run Turkish Cooperation and Coordination Agency (TIKA).

According to data from the Kyrgyzstan National Statistical Committee, Turkey ranks fourth among countries investing in Kyrgyzstan following Russia, China and Kazakhstan.

Nearly 300 Turkish companies currently operating in the country have a total trade volume of more than $500 million.

Kyrgyz President Sadyr Zhaparov, who took office at the beginning of this year, met President Recep Tayyip Erdoğan during his first official visit to Turkey June 9-11.