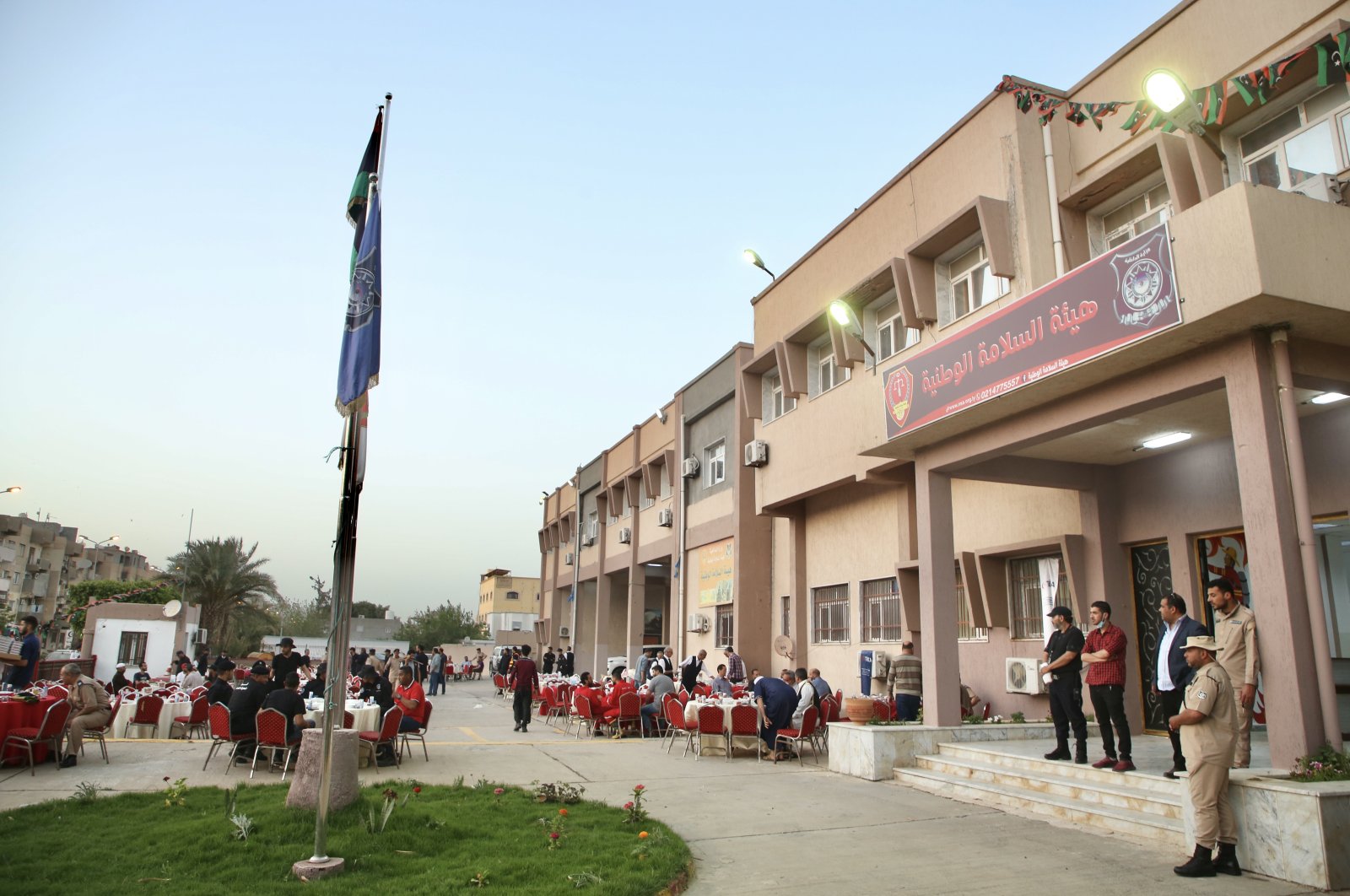 Ankara’s Ambassador to Tripoli Kenan Yılmaz attended an iftar dinner organized by the Turkish Cooperation and Coordination Agency (TIKA)  in the Libyan capital Tripoli, May 10, 2021 (AA Photo)
by DAILY SABAH May 11, 2021 1:12 pm
RECOMMENDED

Relations between Turkey and Libya will continue in a positive manner following a series of high-level visits between the two countries, Ankara’s ambassador to Tripoli Kenan Yılmaz stated Monday.

Speaking to Anadolu Agency (AA) during an iftar dinner of the Turkish Cooperation and Coordination Agency (TIKA) at the compound of the National Security Institution, Yılmaz said: “Things are looking up in Libya. We are extremely happy to see this. Our relations with Libya will continue positively. I am hopeful about Libya’s future. If some obstacles in front of security and stability are removed, Libya will be on a good path.”

Yılmaz also pointed out that with the partial stability and security environment in the war-torn country, economic opportunities increased for the Turkish business world, and added: “There are huge opportunities for our Turkish business people, exporters and investors in the field of economy. I invite them to come to Libya."

The visit of Libyan Prime Minister Hamid Dbeibah and his accompanying delegation last month to Turkey was the first of such visits abroad by the civil war-torn country’s new interim government. During the visit, the Libyan prime minister was received by President Recep Tayyip Erdoğan and held meetings with 14 ministers, signing a total of five trade agreements.

During the visit, the two countries reiterated their commitment to enhancing bilateral ties and the maritime deal, while Erdoğan underlined that Ankara prioritizes Libya's sovereignty, territorial integrity and political unity.

Selected through a United Nations-led process, Libya’s new interim government, the Government of National Unity (GNU), was sworn on March 15, and was created from two rival political groups that had ruled eastern and western regions, completing a smooth transition of power after a decade of violent chaos.

Libyans hope that the new process would end years of civil war that has engulfed the country since the ousting and killing of strongman Moammar Gadhafi in 2011.

The minister reiterated that Turkey has always stood by the Libyan people and their legitimate governments during their difficult times.

In 2019, Ankara and Tripoli reached two separate memorandums of understanding (MoU), one on military cooperation and the other on the maritime boundaries between the two countries in the Eastern Mediterranean.