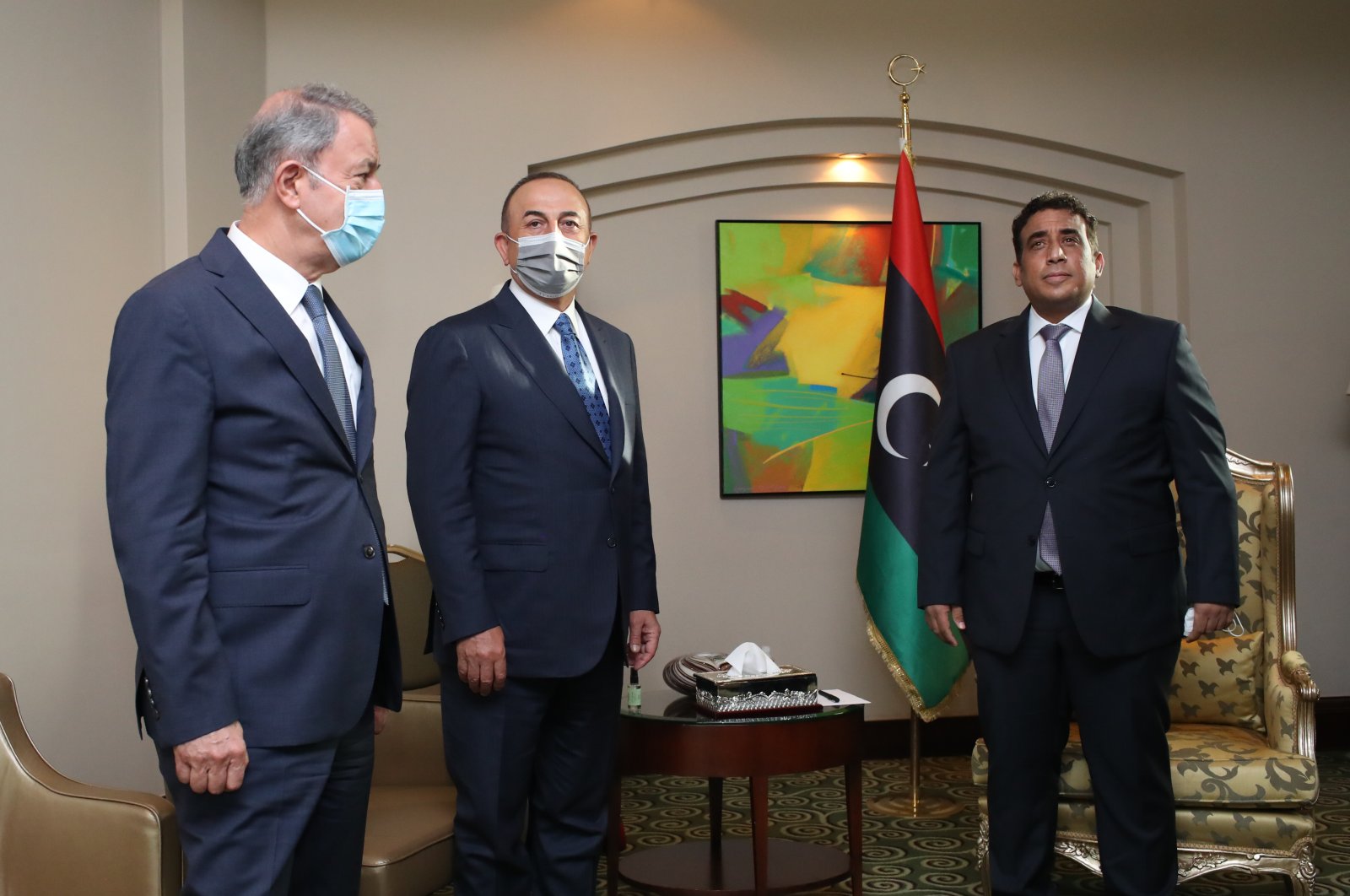 Ankara on Monday reiterated the importance of Libya’s integrity, sovereignty and political unity amid a high-level visit by Turkey’s top diplomatic and military officials to Tripoli.

The minister reiterated that Turkey has always stood by the Libyan people and their legitimate governments during their difficult times.

“In the face of the attacks on Tripoli, the legitimate government of Libya invited some countries, including us. Only Turkey replied in the affirmative to this call,” Çavuşoğlu said.

He also stated that Turkey’s support for Libya under the deal on security and military cooperation prevented a civil war and human tragedy.

For her part, al-Mangoush stressed the “importance of Turkey’s contribution to ending fighting and the stabilization of the cease-fire throughout the country.”

She noted that they called on Turkey to cooperate together over the withdrawal of foreign troops and mercenaries from the country, to help bolster a seven-month-old cease-fire.

“We call on Turkey to cooperate with us to put an end to the presence of all foreign forces and mercenaries, in order to preserve the sovereignty” of Libya, the minister said.

Çavuşoğlu criticized those who “suggest ... the Turkish presence in Libya is equivalent to that of illegitimate groups.”

Cooperation between Turkey and Libya within the framework of a military accord signed in late 2019 “avoided Libya sinking into civil war,” he contended.

“Our support has opened the way to a cease-fire and the installation of a new unified political executive,” he added.

The new interim government, led by Prime Minister Abdul Hamid Mohammed Dbeibah, will lead the country to elections in December.

Libyans hope that the new process will end years of civil war that has engulfed the country since the ousting and killing of strongman Moammar Gadhafi in 2011.

Çavuşoğlu and the delegation also met with Dbeibah, the head of Libya's Presidential Council, Mohammad Younes Menfi and other officials.

During the meeting with Menfi, Çavuşoğlu stressed Turkey's support for the council, saying that it will continue to stand by its Libyan sisters and brothers.

"Our Strategic Partnership is developing in every field including defense, security, trade and energy," the minister said on Twitter.

Turkey and Libya also agreed to further their cooperation in multiple areas over a series of meetings, including in the fields of oil and natural gas.

In 2019, Ankara signed a maritime delimitation agreement with the GNA over the Eastern Mediterranean that provided a legal framework to prevent any fait accompli by regional states. The two countries also signed a military cooperation accord.