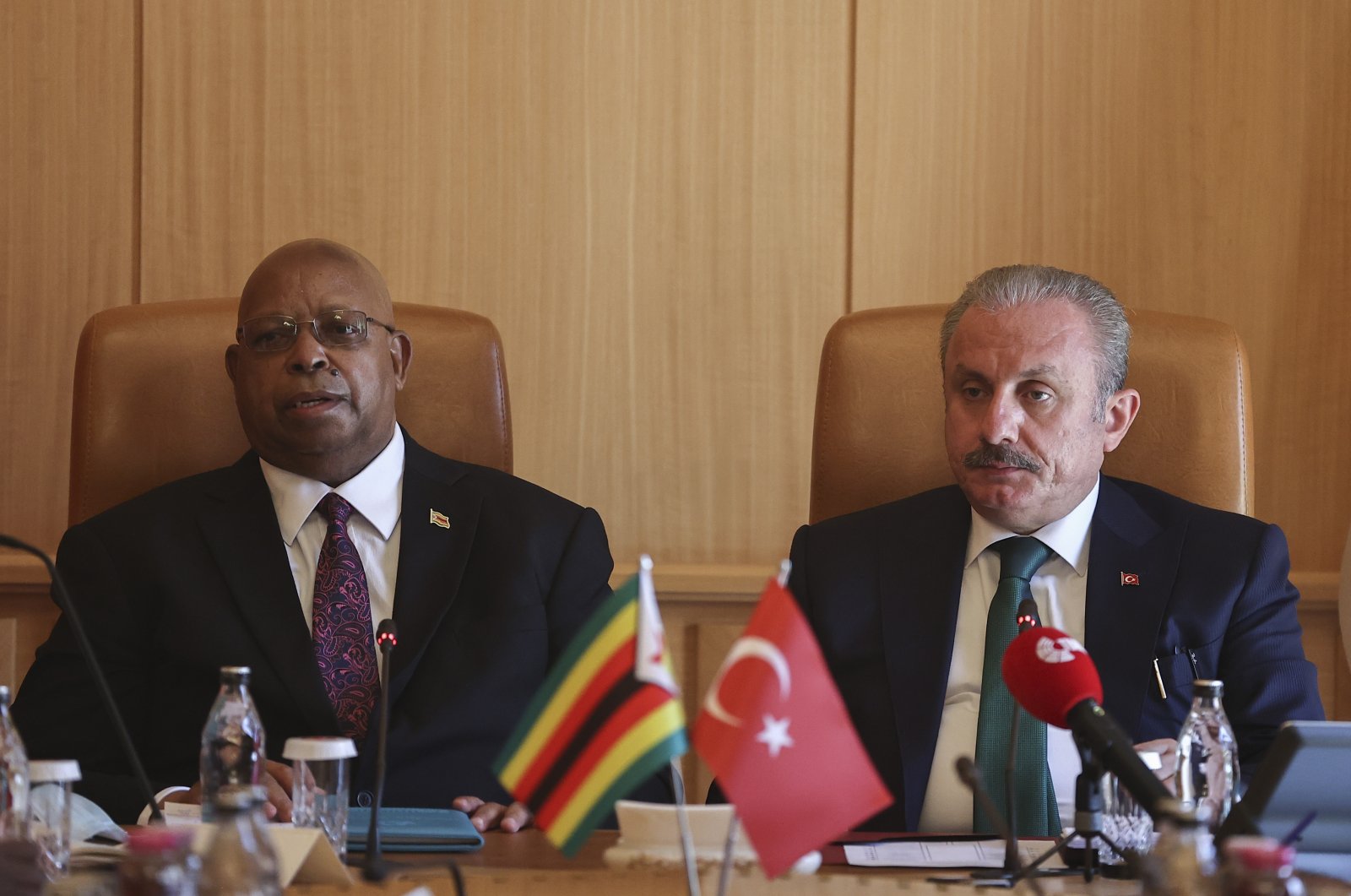 Turkey and Zimbabwe should deepen their economic relations, Parliament Head Mustafa Şentop stated on Monday during a meeting with his Zimbabwean counterpart Jacob Francis Mudenda in the Turkish capital Ankara.

"I think that we should make mutual efforts to deepen our bilateral economic relations in every field and diversify them with new cooperation and investment opportunities," Şentop said.

"I hope that your visit to Turkey will be fruitful and beneficial in this context and will be beneficial for our political, economic, cultural and human relations," said Şentop to Mudenda.

Mudenda, for his part, thanked Şentop for his hospitality.

He said that the aim of his visit was to strengthen the inter-parliamentary relations between the two countries.

Following the meeting, Mudenda toured parts of the Turkish Parliament building that were bombed during the defeated coup of July 15, 2016.

The Gülenist Terror Group (FETÖ) and its U.S.-based leader Fetullah Gülen orchestrated the defeated coup, which killed 251 people and injured nearly 2,200 others.