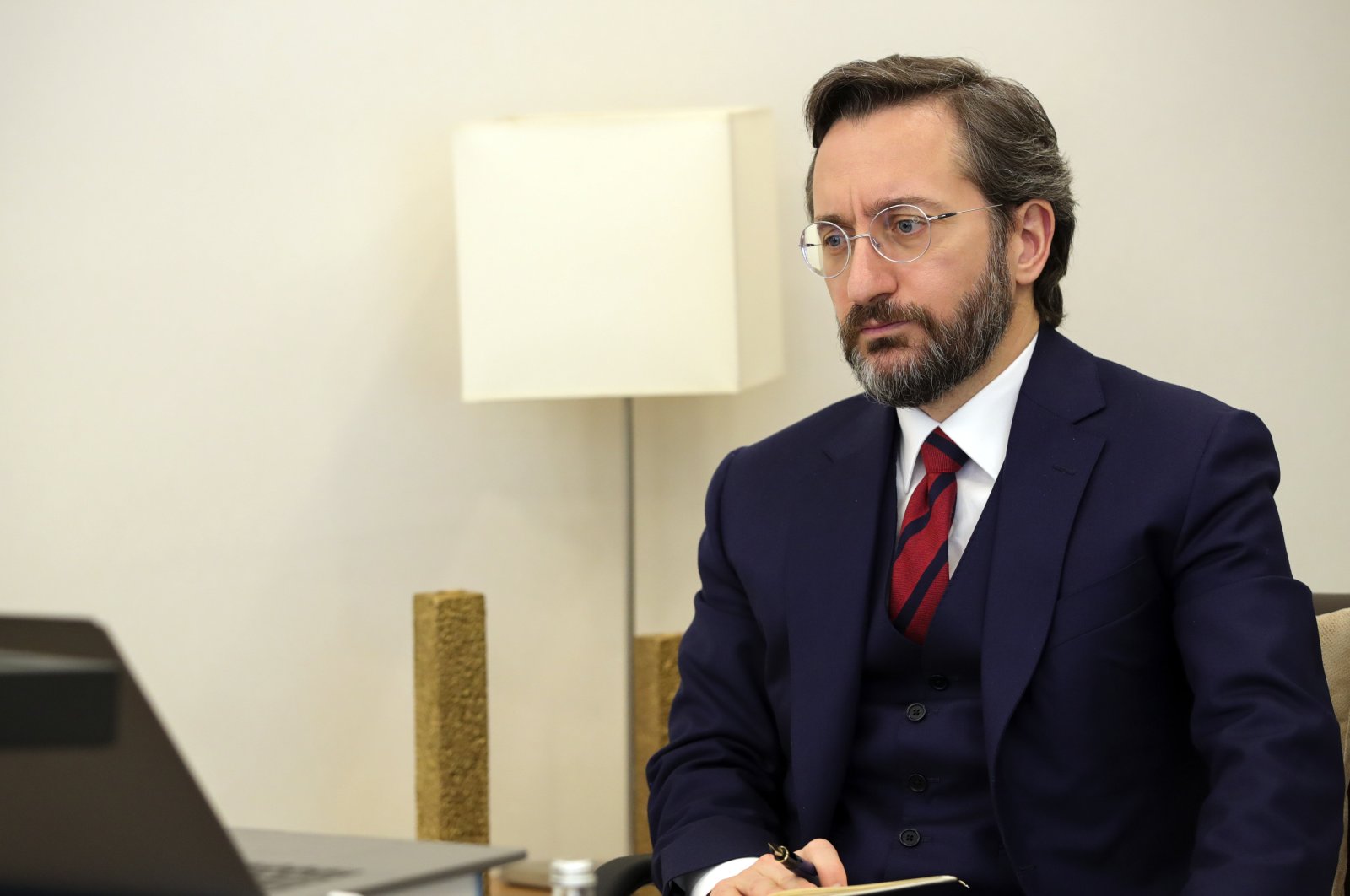 "Our government continues to be focused on the coronavirus challenge at home and abroad but we are also working on foreign policy matters such as those in Syria, Libya & the Aegean Sea. As President Erdoğan indicated, the Syrian regime is trying to take advantage of the situation," Altun wrote on Twitter.

Altun stressed that Turkey stands by its March 5 agreement with Russia and is determined not to allow the Syrian regime's aggression in Idlib, despite its provocations.

He added that Turkey will continue to abide by the agreement with Libya as well.

"President Erdoğan made it clear that the international community must support the legitimate Libyan government. Their recent advances against the putschist Haftar forces show that Turkey's support is paying off," he said.

He added that not only rogue regimes and putschist forces are trying to take advantage of the unprecedented circumstances that have arisen due to the pandemic, but that YPG/PKK terrorists have also upped the ante against Turkey. The country will continue its operations unabated, he said.

Speaking of efforts to counter the outbreak, Altun said Turkey has increased its hospital bed capacity and smoothed out its supply chain.

He also said that Turkish civil servants are on the front line distributing necessary items to those in need.

"Turkey has increased its daily testing to around 40,000/day. There are encouraging signs (decreasing infection rate, increasing recoveries, plateauing of numbers of ICU patients and deaths) that we are ‘flattening the curve,'" he added.

Turkey on Monday confirmed 123 more deaths from COVID-19 over the past 24 hours, bringing its death toll to 2,140. The total number of registered coronavirus cases in the country surged to 90,980 as 4,674 more people tested positive for the virus. In addition, 1,454 patients recovered on Monday, and the total number of recoveries rose to 13,430.

Turkey is distributing masks free of charge and has no shortage of medicines or respirators so far, Altun said.

"Under our President Erdoğan's instruction, our bio-science and manufacturing companies have come together to produce 5,000 respirators by the end of May," he said.

He added that Turkey will implement a four-day curfew in 31 major cities starting April 23, in order to curb the spread of the virus. Altun stated that by increasing these stringent measures during the month of Ramadan, the government is hoping to get back on its feet after the Eid holiday.

"President Erdoğan ordered a large-scale effort to bring back our expatriates from around the world on the condition that they agree to a 14-day quarantine. Around 25,000 Turkish citizens will be able to return to Turkey for the month of Ramadan," the country's communication director said.