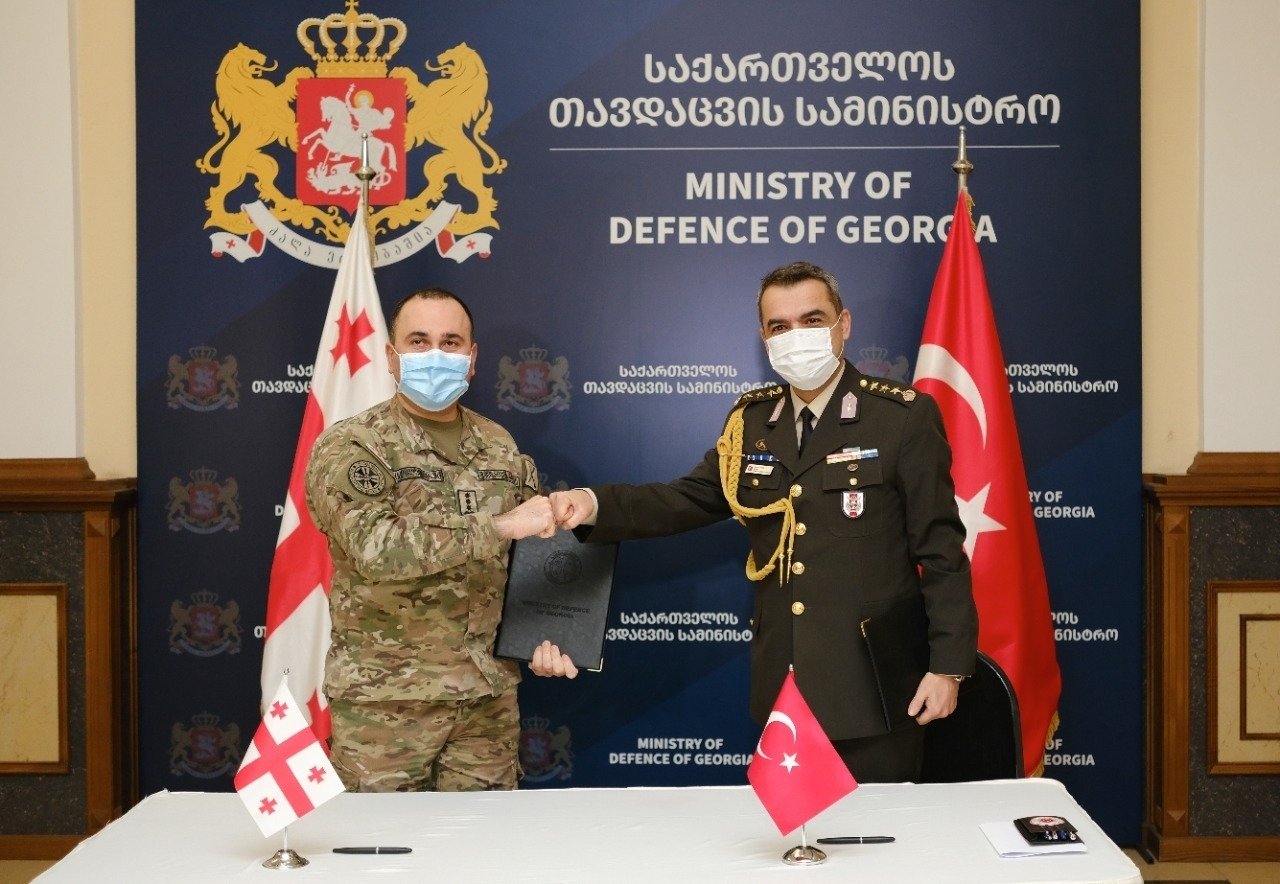 Georgian military officials announced on Sunday that Turkey has donated military equipment to the country's army.

In a statement, the Georgian Defense Ministry said that the donation included laser rangefinders and various pieces of engineering equipment and was delivered at a ceremony attended by officials from both countries.

Underlining the countries' close and successful cooperation in the field of defense, the statement said: "The donated equipment will be assigned to various combat and engineering regiments and will facilitate them carrying out their assigned tasks."

The move follows Turkey's donation last November of 36 buses, 12 armored earthmovers and various other pieces of equipment to the Georgian Army.

"Georgia and Turkey have been closely and successfully cooperating in the defense sphere for many years. The Turkish side has made a significant contribution to the development of the Georgian Defence Forces with its material-financial assistance," the ministry's statement in November read.