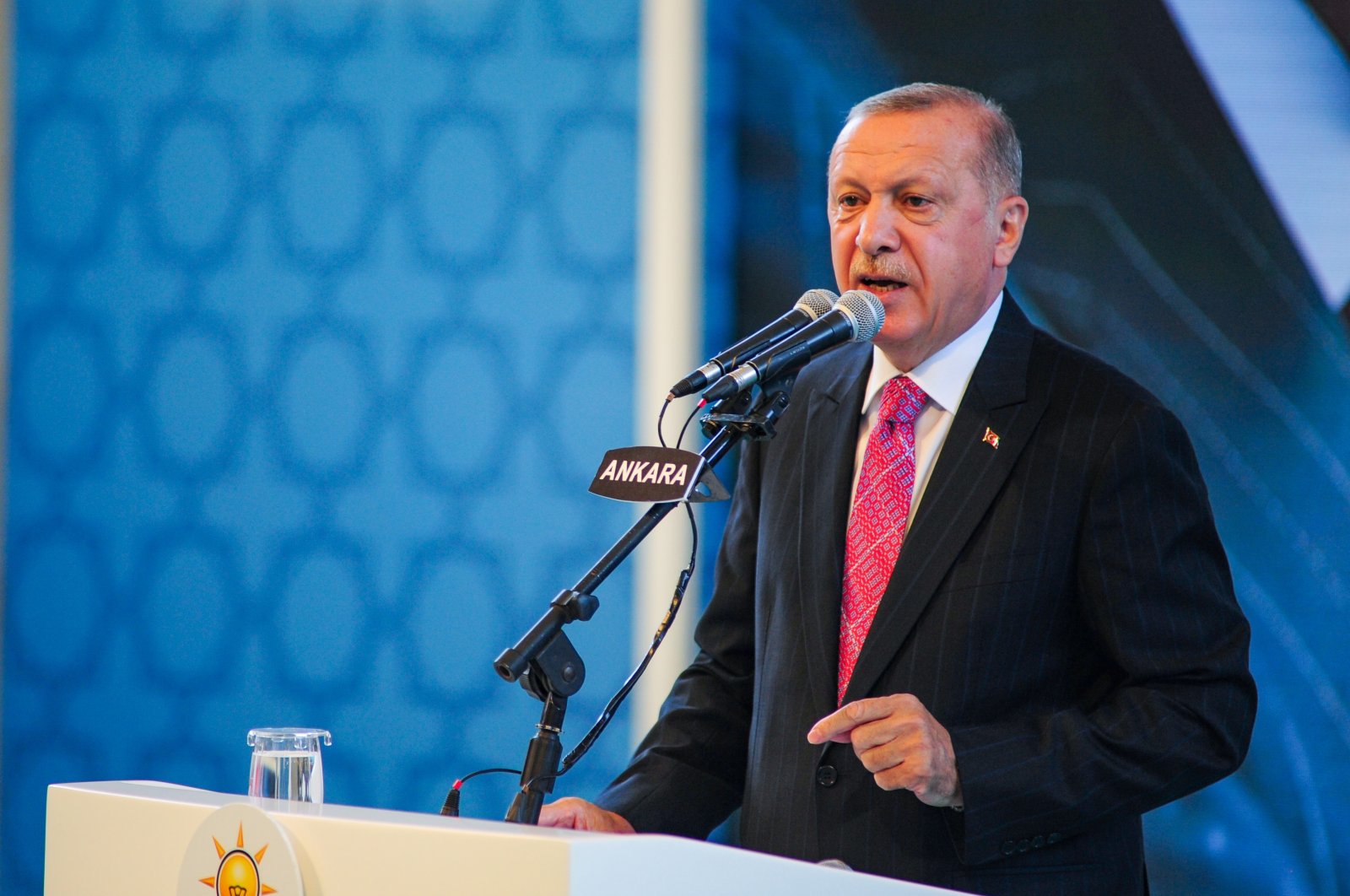 Turkey may suspend its diplomatic relations with the United Arab Emirates (UAE), or recall its ambassador, President Recep Tayyip Erdoğan said Friday, in response to the UAE's recent deal with Israel.

Erdoğan told reporters that the UAE’s controversial deal with Israel is problematic and that Turkey stands in solidarity with the Palestinian people.

“I have given the necessary instructions to my foreign minister. We may either suspend diplomatic ties or recall our ambassador because we stand with the Palestinian people. We have not let Palestine be defeated or let it be defeated,” Erdoğan said.

The president continued by saying that Saudi Arabia has also been taking wrong steps in the region, as he also criticized Egypt for cooperating with Israel and Greece.

Earlier on Friday, the Turkish Foreign Ministry condemned the UAE-Israel deal for betraying the "Palestinian cause."

Israel and the UAE have agreed to normalize relations, U.S. President Donald Trump announced Thursday, in a deal which includes Israel's pledge to "temporarily" postpone its annexation plan.

Israeli prime minister Benjamin Netanyahu on Thursday said he is "still committed" to annexing parts of the West Bank despite a normalization deal with the UAE.

The UAE will be the third Arab country to establish diplomatic relations with Israel following Egypt in 1979 and Jordan in 1994.

The Israel-UAE deal is not the only problem between Ankara and Abu Dhabi, as the latter has been displaying hostility against Turkey.

In July, Defense Minister Hulusi Akar criticized the UAE for committing “malicious acts” in Libya and Syria, as he vowed that Turkey would bring Abu Dhabi to account.

Turkish officials note that the UAE supports terrorist organizations hostile to Turkey and has become a useful political and military tool for other countries.

The emirates are a part of a Saudi-led coalition that launched a devastating air campaign to roll back Houthi territorial gains in 2015, further escalating the crisis in Yemen. In Libya, Abu Dhabi supports putschist Gen. Khalifa Haftar and wants to oust the legitimate U.N.-recognized Government of National Accord (GNA).

Abu Dhabi also supports the Bashar Assad regime in Syria in its offensive against democracy and civil rights, and Turkish officials have accused them of offering financial and logistical support to the PKK terror group to carry out attacks in Turkey.

Meanwhile, touching upon the escalation of tensions in the Eastern Mediterranean, Erdoğan said the Turkish frigate TCG Kemalreis has prevented a small skirmish as the Greek navy tried to harass Turkey's seismic vessel, Oruç Reis.

"They've now retreated to their own port," Erdoğan said, warning that Turkey will continue to retaliate in kind if such attacks continue.

As part of the country's hydrocarbon surveying activities, Turkey issued a navigational telex (Navtex) on Aug. 10, 2020, announcing that its vessel Oruç Reis would begin conducting fresh seismic research in the Eastern Mediterranean.

Turkey's decision came following a controversial delimitation deal signed between Greece and Egypt, only a day after Turkey said it would postpone its activities in the region as a sign of goodwill after mediation efforts from Germany.

But, after declaring the treaty "null and void" and pointing out that the deal usurped and ignored the rights and continental shelves of both Ankara and Tripoli, Turkey authorized the Oruç Reis to continue its activities in an area within Turkey's continental shelf.

The ship will continue seismic activities in the Eastern Mediterranean along with the vessels Cengiz Han and Ataman until Aug. 23.