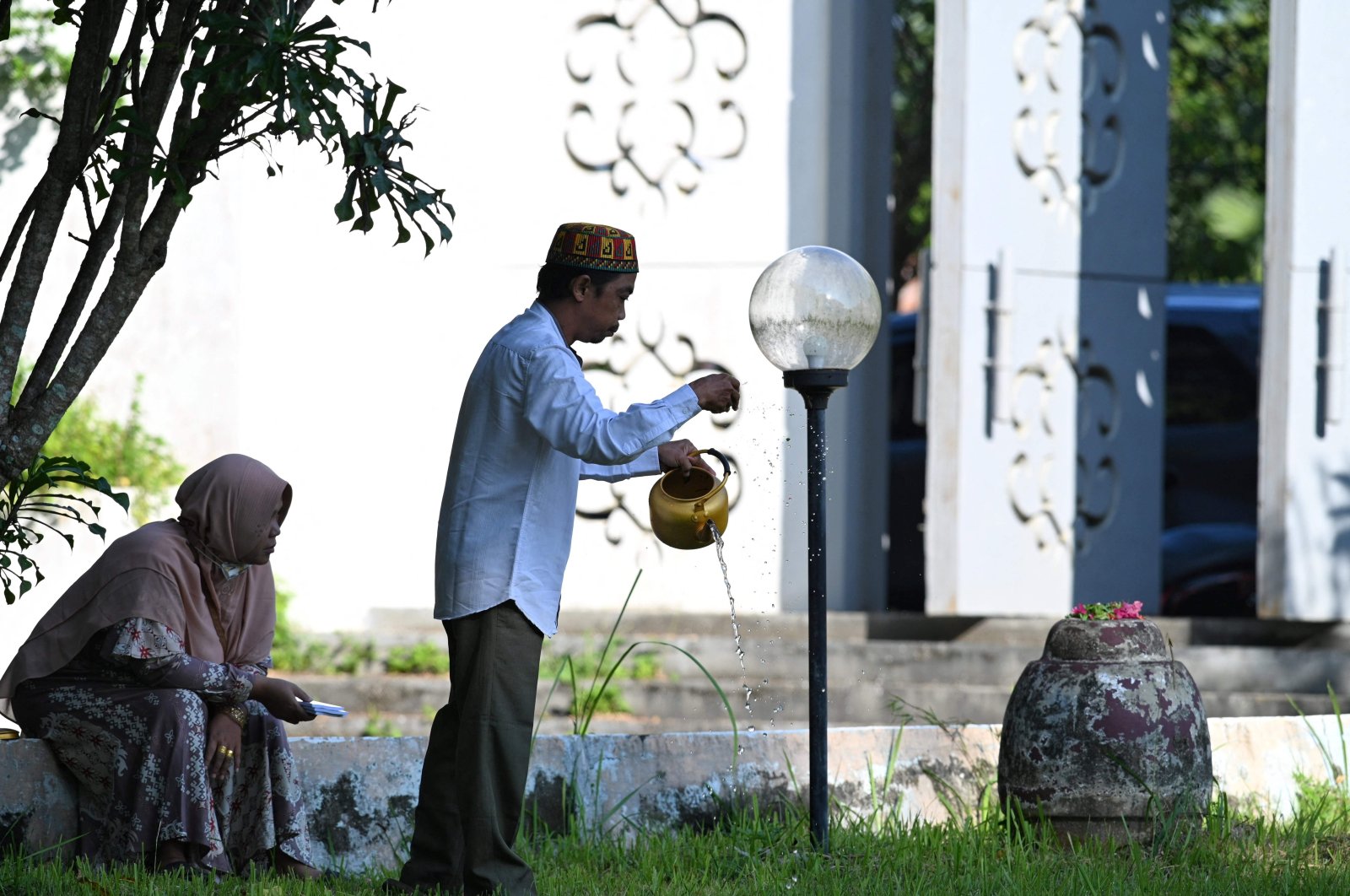 People visit a mass grave memorial at the Siron Tsunami Memorial Park to mark the 17th anniversary of when a 9.1 magnitude earthquake struck the province on Boxing Day in 2004, causing a tsunami that claimed the lives of more than 170,000 people in Indonesia alone, Siron, Aceh province, Indonesia, Dec. 26, 2021. (Photo by CHAIDEER MAHYUDDIN / AFP)
by DAILY SABAH Dec 26, 2021 12:20 pm
RECOMMENDED

Erdoğan marked the 17th anniversary of the Indian Ocean earthquake and tsunami that hit the Aceh region of Indonesia in 2004.

"We mobilized every means available for Indonesia whenever they needed it. We showed this stance once again in concrete terms, especially right after the tsunami disaster that occurred in 2004," he said in a video message to the "Global Aceh Diaspora."

Underlining that the Turkish nation was saddened by the incident, Erdoğan said an aid campaign was organized for the tsunami-hit country.

He added that the government also provided support to the region while the Turkish Red Crescent (Kızılay) and Turkish Cooperation and Coordination Agency (TIKA) quickly sent their teams to the region and contributed to the reconstruction.

Recalling that he visited Indonesia in 2005, right after the disaster, he said he had the opportunity to observe the dimensions of the disaster in Banda Aceh, one of the regions most affected by the disaster.

"Turkey has sent over $75 million in development aid to Indonesia. I would like you to make sure that we will continue this support as a requirement of our brotherhood and mutual affection," he stressed.

He wished God's mercy upon those who lost their lives due to the tsunami.

Turkey and Indonesia enjoy close and multifaceted relations. In the 16th century, the Sultanate of Aceh had asked for the Ottoman Empire’s assistance against Portuguese aggression. Ottoman support to Aceh back then marked the beginning of official relations between the two countries.