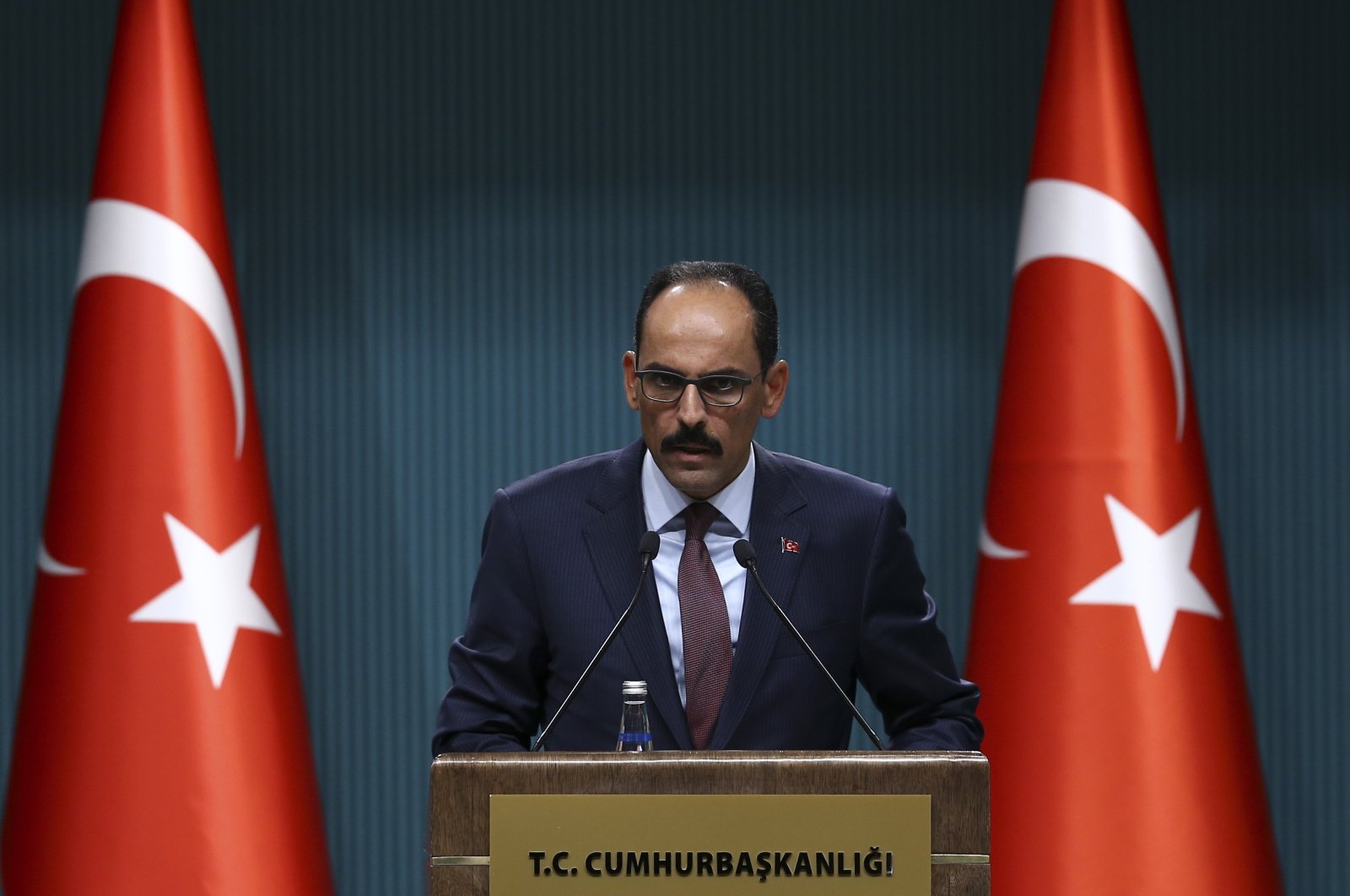 Presidential spokesman Ibrahim Kalın speaks to reporters during a news conference at the Presidential Complex in Ankara on July 22, 2019. (AA File Photo)
by daily sabah Jul 28, 2020 11:50 am

Presidential spokesman Ibrahim Kalın reiterated Turkey's determination to support Azerbaijan in face of Armenian aggression near the border, but he noted that this does not mean Ankara has closed its doors on diplomatic communication channels.

"Turkey will continue to stand beside Azerbaijan at all costs, but this does not mean we are against diplomatic channels," Kalın told a live broadcast on CNN Türk on Tuesday.

Kalın also urged Greece to resolve bilateral problems through a bilateral approach rather than involving other countries in the matter.

"It will not be possible for Greece to reach results by using EU membership as a tool of pressure," Kalın said, in reference to Athens' and the Greek Cypriots' use of EU accession as a bargaining chip and a way to pressure Turkey.