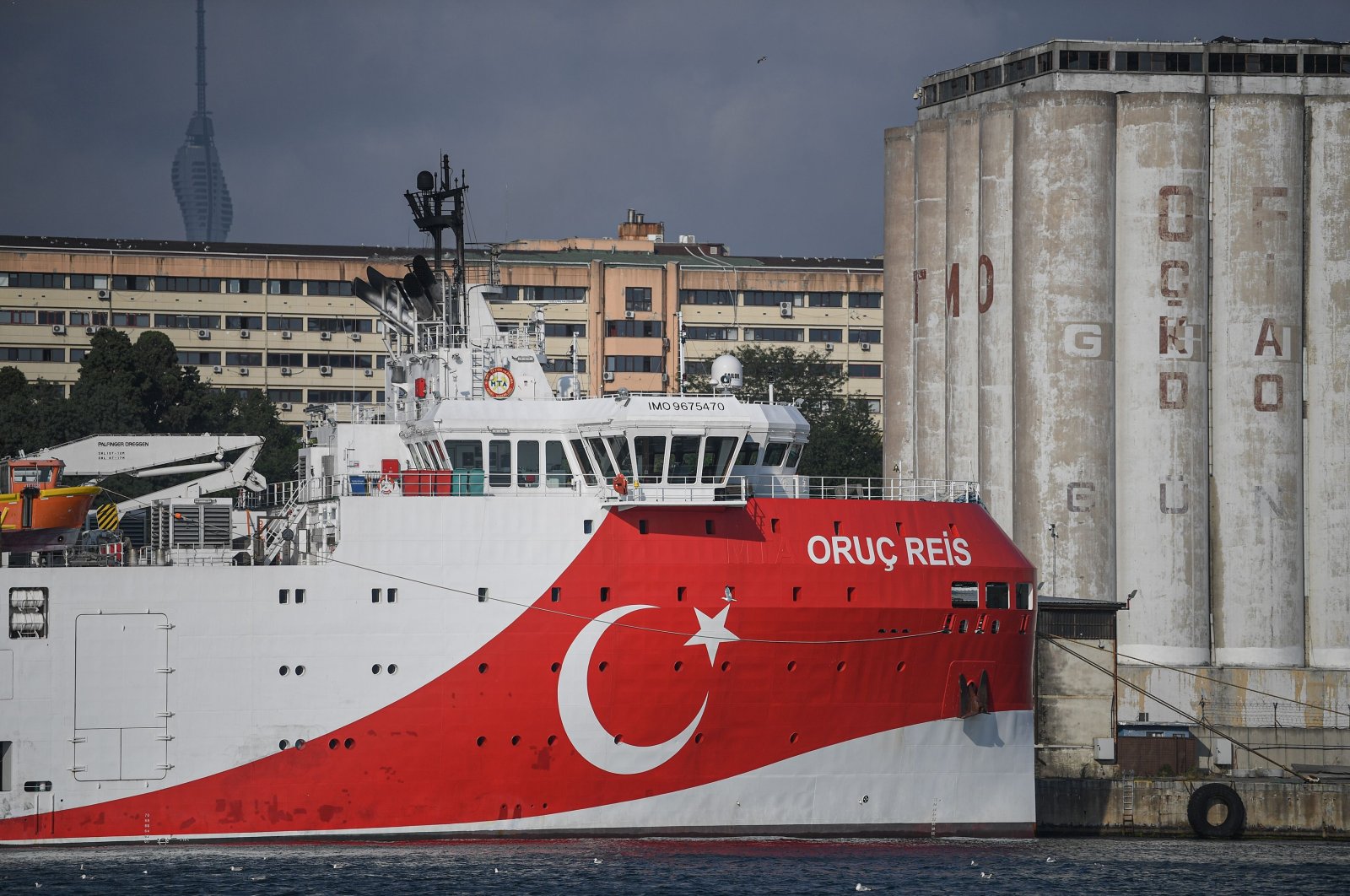 Turkey has not stepped back from its Eastern Mediterranean mission and its seismic exploration vessel Oruç Reis is anchored off the coast of Antalya for routine maintenance, Foreign Minister Mevlüt Çavuşoğlu said Monday.

Speaking during a live broadcast on NTV, Çavuşoğlu said the Yavuz and Barbaros drillships will continue to carry out their works in the area while the Oruç Reis undergoes upkeep.

Çavuşoğlu also said Turkey does not expect the European Union to impose sanctions over the Eastern Mediterranean dispute with Greece, but he noted that the bloc will choose to support Athens and the Greek Cypriot administration over Ankara on the issue.

"France, Greece and the Greek Cypriots want sanctions. The bloc may make a decision on Sept. 24 or Sept. 25 to impose sanctions, which I do not expect, but could also take place. Similar things have happened in the past," Çavuşoğlu said.

Criticizing French President Emmanuel Macron for not being honest, the Turkish foreign minister said the French president is out of control, and EU member states are beginning to realize the validity of Turkey's argument.

Çavuşoğlu also criticized Greece for its position, as he urged Athens to change its stance.

"Greece needs to back down from its maximalist position in the Eastern Mediterranean, while Greek Cypriots need to recognize the Turkish side’s rights," Çavuşoğlu said, adding that tensions will not end if Athens does not give up its insistence on the “Seville map."

An agreement signed between Turkey and Libya determined the sovereign area, based on international law, as 186,000 square kilometers (71,815 square miles). Thus, the possibility of Greece and Egypt and Greece and the Greek Cypriot administration making an exclusive economic zone agreement was eliminated. The draft of the anticipated deal between the aforementioned parties is known as the "Seville map." This map restricts Ankara's Mediterranean sovereign area to 41,000 square kilometers and restrains Turkey to its shoreline.

Çavuşoğlu noted that countries that have confidence in their arguments would sit down at the negotiating table without preconditions, but he warned that if Greece keeps insisting on such demands, Turkey will also have requirements before debating. He went on to describe Greek Prime Minister Kyriakos Mitsotakis' call for talks "a positive, moderate" step toward establishing dialogue.

“If we see signs of de-escalation in practice ... I will be the first to sit at the negotiating table," the Greek prime minister said at a forum in Thessaloniki on Sunday.

Turkey's foreign minister also criticized the U.S. for lifting the arms embargo on the Greek Cypriot administration and failing to visit the Turkish side during an official visit to the former over the weekend. He noted that U.S. Secretary of State Mike Pompeo should have visited the Turkish Republic of Northern Cyprus (TRNC) to ask about their views on the issue.

Ankara has consistently opposed Athens' efforts to declare an exclusive economic zone based on small Greek islands near Turkish shores, violating the interests of Turkey, the country with the longest coastline in the Eastern Mediterranean.