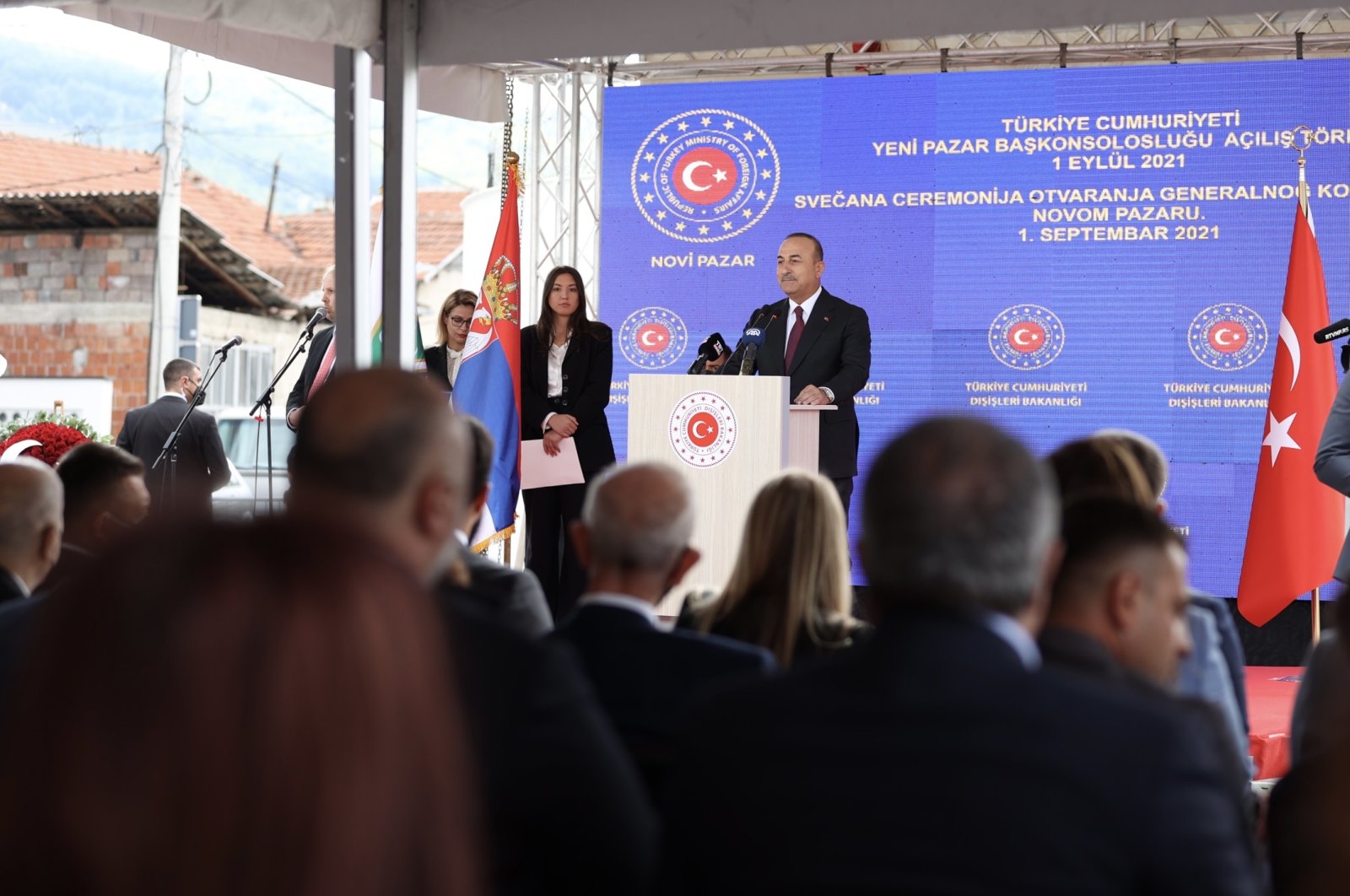 The opening ceremony in front of the consulate building was attended by Turkish Foreign Minister Mevlüt Çavuşoğlu, his Serbian counterpart Nikola Selakovic and other officials.

Erdoğan said that the opening of the consulate general will contribute to the further development of relations between the two countries.

Speaking at the ceremony, Çavuşoğlu said that the opening of the consulate general in Novi Pazar is "a historic event."

"Relations between Serbia and Turkey have reached the highest level in modern history, and the opening of the Consulate General in Novi Pazar is just one of the results of those good relations," he said.

Çavuşoğlu said he is pleased that Turkey has become the first country to open a consulate in Novi Pazar.

"We are especially happy that Bosnia and Herzegovina will also open its consulate general in Novi Pazar after us. Our brothers in Sandzak and our citizens of Sandzak origin are a strong link between our countries," Cavusoglu said.

He added that Turkey will never forget the support of the people of Sandzak in Turkey's fight against the Gülenist Terror Group (FETÖ).

Selakovic, for his part, said that the consulate general will help increase the bilateral trade volume between the two countries.

"The relations between Turkey and Serbia are a good example that shows in which direction every Turk, every Bosniak and every Serb should proceed," the Serbian foreign minister said.

"The policy we follow in the Sandzak region is a policy that has tangible results. We are proud that our relations, which are shaped by trust, friendship, and mutual cooperation between our countries, are at the highest level in history. I am confident that these relations will significantly improve and contribute to the development of all municipalities in the region," he added,

Turkey's Ambassador to Belgrade Hami Aksoy said that Turkey wants to contribute to the welfare and development of the Sandzak region.

Consul General Basar Basol said he is proud and happy to be the first consul general of Turkey to be appointed in Novi Pazar.

"I and my team will work to serve our citizens living in our region and our brothers from Sandzak during my tenure," said Basol.

The announcement of the opening of the consulate general was made during Erdoğan's official visit to Serbia in 2019.

Meanwhile, Bosnia and Herzegovina is also preparing to open a diplomatic mission in the southwestern city.

Novi Pazar has historical importance to Turkey and Muslims in the region. It was established between 1459-1461 by Ishakoglu Isa Bey, the founder of Bosnia's capital Sarajevo, and North Macedonia's capital Skopje.

Turkey gives great importance to the Sandzak region as it plays a role in bridging the relations between the two nations and keeps the cultural ties at their strongest.