'Turkey-Pakistan in solidarity on all issues of national interest' 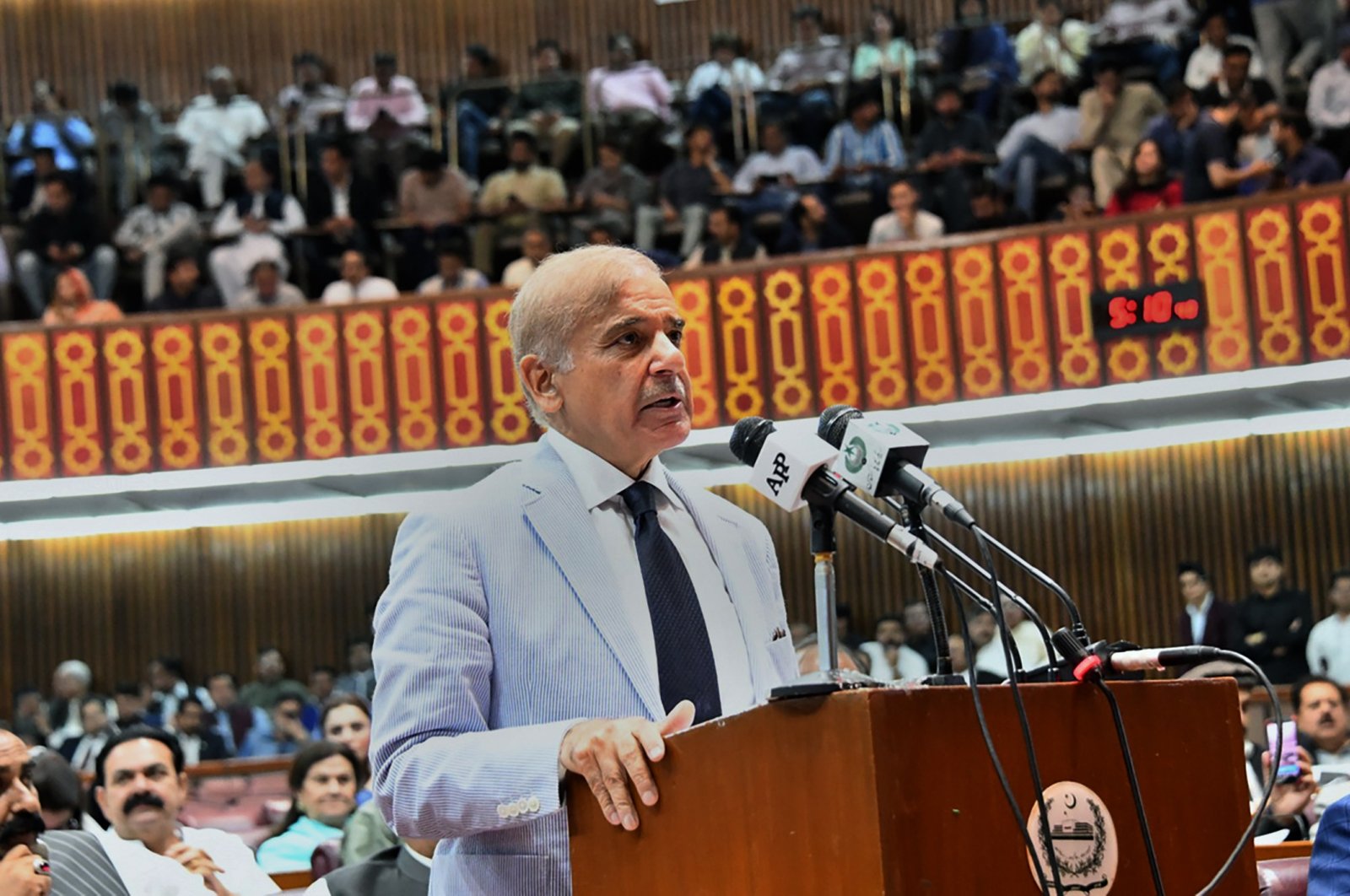 Pakistan's Prime Minister Shehbaz Sharif highlighted the favorable relations between his country and Turkey, as he vowed to transform his country into a self-reliant and politically stable one.

Ahead of his three-day official trip to Ankara, Sharif told Anadolu Agency (AA) that Pakistan-Turkey relations are “exemplary.”

“These historical relations are grounded firmly in common religious, cultural and linguistic links and transcend political changes on either side. This year both countries are celebrating the 75th anniversary of the establishment of diplomatic relations. In these seven and a half decades, the two sides have always stood by each other in the face of all changes,” he said, adding that the two countries support each other on all issues of core national interest-whether it is Jammu and Kashmir or the Turkish Republic of Northern Cyprus (TRNC).

The newly-elected Pakistani leader continued by thanking Turkey for its principled stance regarding Jammu and Kashmir.

“Both Pakistan and Turkey have a similarity of views on regional and international issues and enjoy close collaboration on bilateral, regional and multilateral forums,” he said.

Sharif is expected to arrive in Turkey on Tuesday on a three-day official visit to address bilateral relations and regional developments with President Recep Tayyip Erdoğan.

The trip will mark Shahbaz Sharif’s first visit to Turkey since he assumed office in mid-April after former Prime Minister Imran Khan was ousted in a no-confidence vote following political turmoil.

Sharif’s meeting with Erdoğan will cover the “entire gamut” of Pakistan-Turkey bilateral relations and address regional and international issues, a statement by the Pakistani Foreign Ministry said Monday.

This year, Pakistan and Turkey are celebrating the 75th anniversary of the establishment of diplomatic relations, underpinned by structured institutional mechanisms.

The High-Level Strategic Cooperation Council (HLSCC) is the primary platform at the leadership level, which has been instrumental in further cementing bilateral relations.

Six sessions of the HLSCC have taken place so far, with the seventh slated to take place this year.