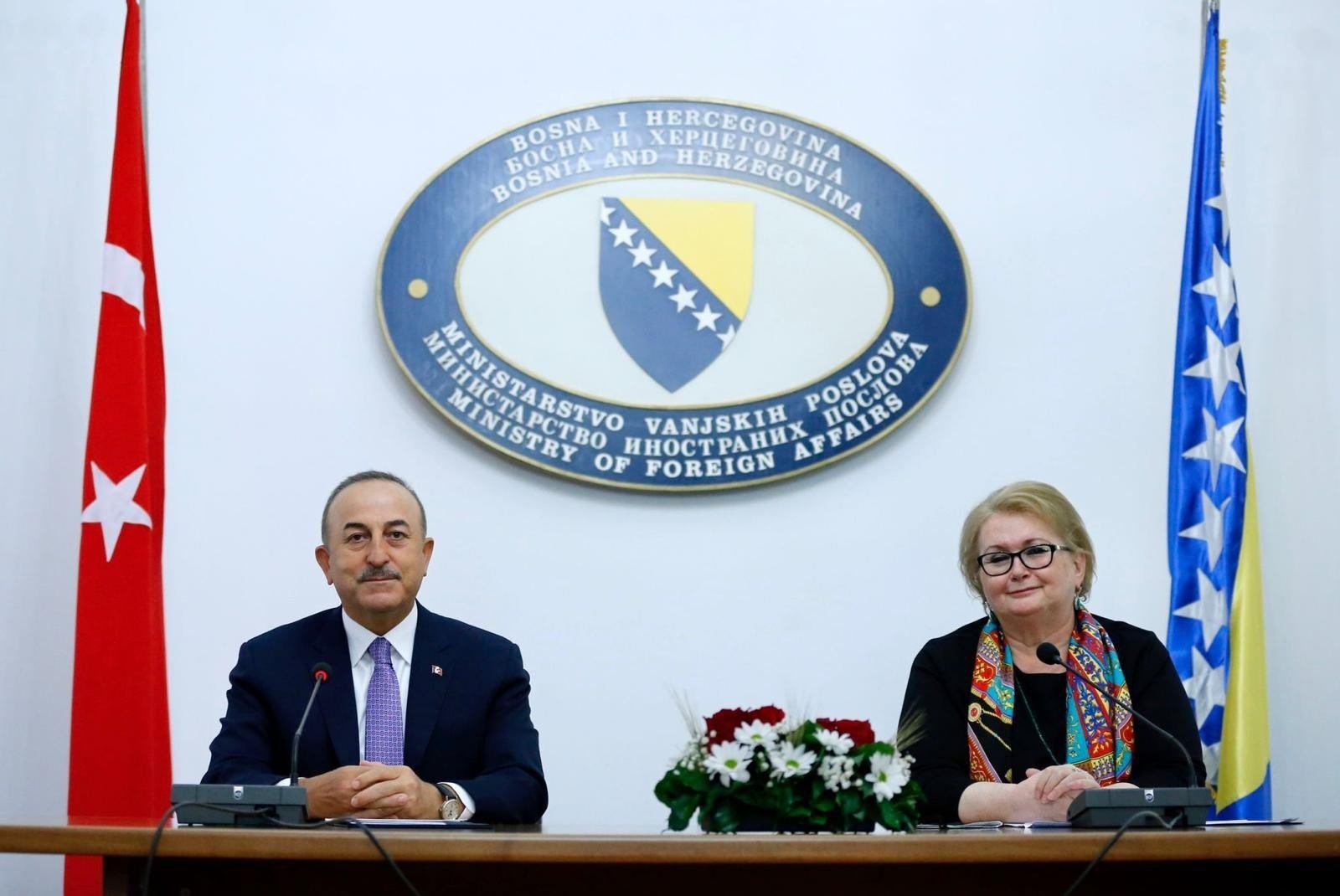 Bosnia and Herzegovina's foreign minister emphasized Turkey’s constructive and important role for stability in the Balkans.
Speaking to Anadolu Agency (AA) about the current agenda in the region, Bisera Turkovic said: "Turkey's economic, political and cultural contribution is productive for all countries in the region."
She said the Sarajevo-Belgrade Highway Project supported by Turkey has international importance.


"We must insist on the completion of the project that will contribute greatly to economic development. We must not sacrifice the project for daily political exigencies and individual interests," said Turkovic.
One of the most important projects for the Balkans is the Sarajevo-Belgrade Highway financed by Turkey, and its construction on the Serbian side continues despite the pandemic.
Turkey sees the highway as a tool to promote peace in the region.
Turkovic pointed out that her country is always open to cooperation and joint projects.
"Bosnia and Herzegovina is and will continue to be an inevitable factor in the solution of all regional problems. Every country in the region has its own problems, but we do not blame anyone. The sense of dominance moves the region away from the path of stability and European Union (EU) membership," said Turkovic.
She added they have to be ambitious, patient, and determined in the marathon they have set out on.
"Bosnia and Herzegovina has been maintaining a stable peace for 26 years with the help of its international partners, after a bloody war," said Turkovic.
Speaking about the "Open Balkan," Turkovic said the agreement moves the region closer to the European Union standards.
"With the agreement signed in Sofia, we, as the countries of the region, accepted the EU's market standards. This is a very important opportunity for us. The fact that the Western Balkan market will be structured by taking the EU as an example will make us more ready for the EU market," said Turkovic, adding regional cooperation should be EU-oriented.
"It is time to turn a new page in the region and talk about what needs to be done for citizens to live a better life. Borders are sacred, but we must open new doors where we respect our differences for a more peaceful life," said Turkovic.
The "Open Balkans" or "mini Schengen" initiative with regional freedom of movement as well as free movement of goods, capital, and services is currently backed by Serbia, Northern Macedonia, and Albania.
RECOMMENDED