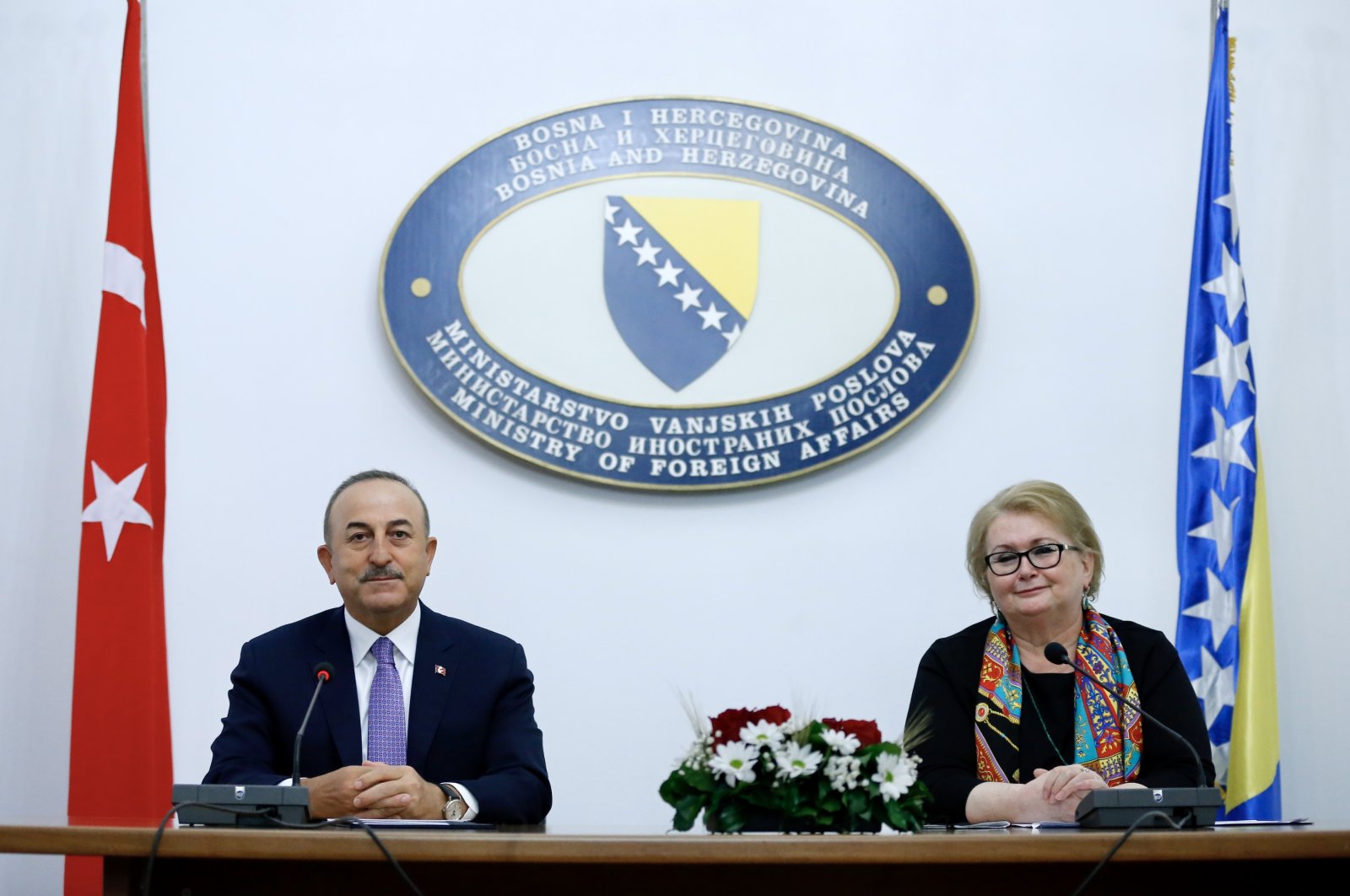 Turkey plays a constructive and stabilizing role in the region of the Western Balkans, Bosnia-Herzegovina's Foreign Minister Bisera Turkovic said on Wednesday.

Speaking at a joint press conference with Turkish Foreign Minister Mevlüt Çavuşoğlu in the capital Sarajevo, she said that closer ties with Turkey will make Bosnia-Herzegovina stronger and will contribute to the interests of all people living in the country.

She added that Turkey is the most important ally backing Bosnia-Herzegovina's accession to NATO.

Çavuşoğlu, for his part, expressed deep concern over a document questioning the territorial integrity of Bosnia-Herzegovina.

He said any document which questions the territorial integrity of Bosnia-Herzegovina is "very dangerous" for both the Balkans and the rest of Europe.

"A document that no one supports should not be popularized. From the very beginning, Turkey strongly supports the political unity and territorial integrity of Bosnia-Herzegovina, and will continue to do so in the future," said Çavuşoğlu.

The United States and Europe on Tuesday also expressed support for the territorial borders of Bosnia-Herzegovina, which have recently been called into question, and for the United Nations envoy to the country, who has been criticized by Russia.

Tense relations have persisted in the Western Balkans, which includes Albania, Serbia, Montenegro, North Macedonia, Kosovo and Bosnia-Herzegovina, since the violent breakup of the former Yugoslavia in the 1990s.

Slovenian news website Necenzurirano last month published a document, allegedly sent to the EU by Slovenia's premier, proposing territorial exchanges to deal with "unresolved national issues of Serbs, Albanians and Croatians." The document proposed the unification of Albania with Kosovo – a former Serbian region with an Albanian majority – as well as the adhesion of parts of Bosnia to Serbia and Croatia, and the creation of a small Bosnian state that would have to decide whether to tighten its links with the EU or its ally, Turkey.

Çavuşoğlu also stated that the meetings they held were very productive and added that they evaluated how to develop perfect political relations in different fields.