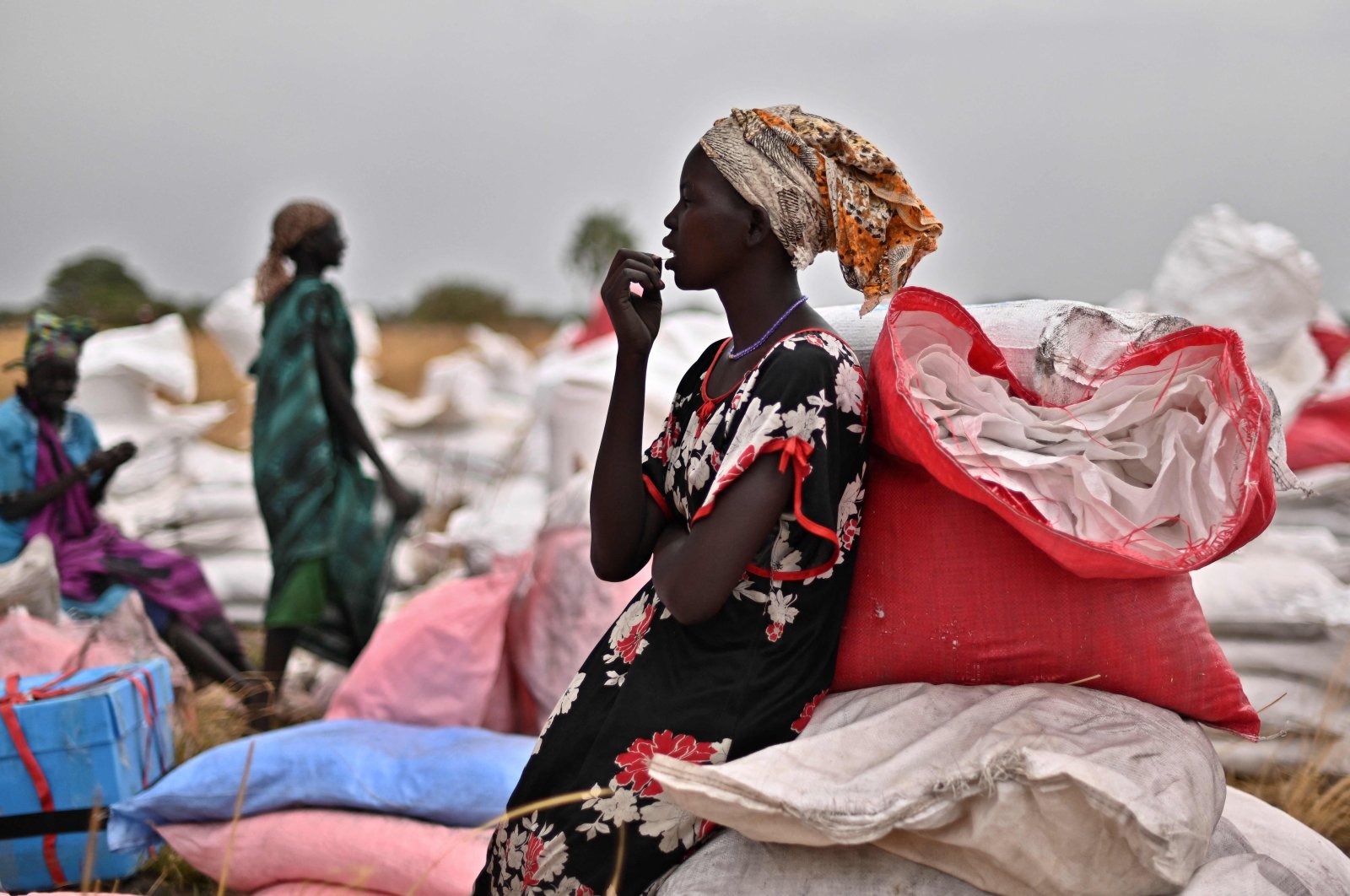 A villager who volunteered to fetch gunny bags containing food rations from the site of an airdrop takes a break at a village in Ayod county, South Sudan, Feb. 6, 2020. (AFP Photo)
by Daily Sabah with AA Apr 23, 2021 12:56 pm
RECOMMENDED

The Turkish government provided food supplies on Thursday to South Sudan, which has suffered food shortages.

The supplies will be distributed to soldiers at training centers experiencing food shortages.

South Sudanese Presidential Advisor on Security Affairs Tut Gatluak, who received the food supplies on behalf of the government, expressed appreciation for Turkey's support for the implementation of peace in the country by providing the foodstuffs.

While handing over the supplies to the government, the Turkish ambassador to South Sudan, Erdem Mutaf, reaffirmed Turkey's full support for the peace process in the country.

"Turkey's donation of around 11 metric tons of foodstuffs to cantonment sites, which I am handing over to the honorable Tut Gatluak today, is another strong sign of our support in this respect," Mutaf said during the handover in the capital Juba.

He said he will carry on with his visits to all the relevant authorities in Juba to further diversify and deepen bilateral relations.

"Having exemplary relations and good cooperation with the South Sudanese government, Turkey as a close friend will try its best to continue contributing to this process of peace in South Sudan," he said.

Since 2019, soldiers have been reportedly deserting cantonment sites due to poor living conditions, including a lack of food, medicine, safe drinking water and shelter.

Last month, the International Committee of the Red Cross (ICRC) warned that South Sudan is "a forgotten conflict” facing a "humanitarian crisis” made worse by the pandemic, while the U.N.'s chief cautioned that 60% of people in the world’s newest nation are "increasingly hungry.”

South Sudan has been struggling to recover from five years of war that one study says killed almost 400,000 people.