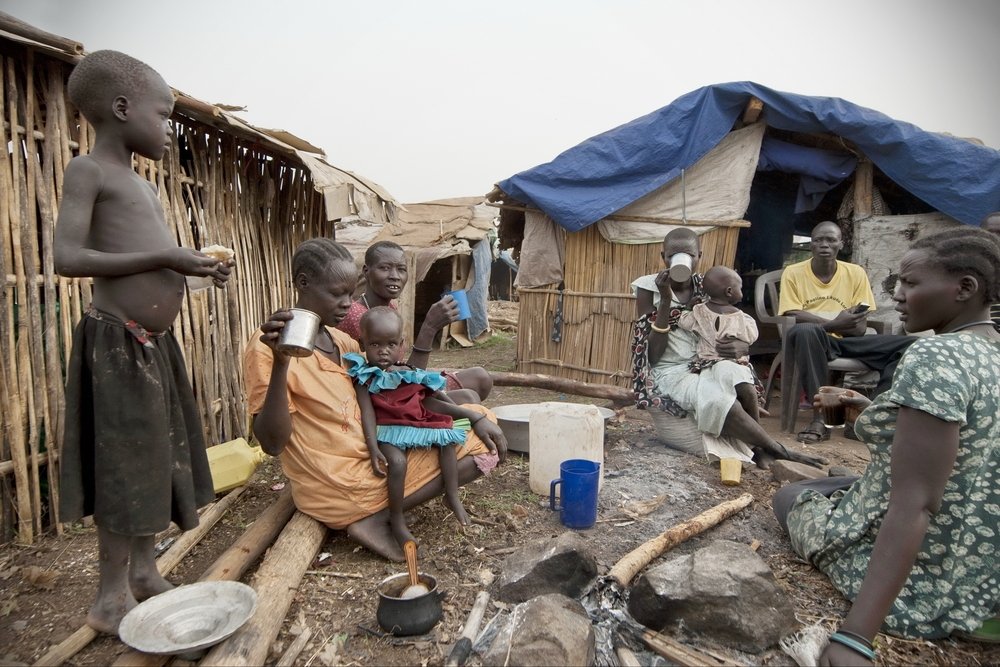 The director-general of the International Committee of the Red Cross (ICRC) warned that South Sudan is "a forgotten conflict” facing a "humanitarian crisis” made worse by the pandemic, while the U.N. chief cautioned that 60% of people in the world’s newest nation are "increasingly hungry.”

South Sudan has been struggling to recover from five years of war that one study says killed almost 400,000 people. A coalition government formed last year between President Salva Kiir and opposition leader Riek Machar is implementing a peace deal behind schedule, while deadly violence continues in parts of the country.

The ICRC’s Robert Mardini, who visited South Sudan last week, called it "one of the most complex humanitarian crises anywhere."

And he said "now alarmingly we see severe food shortages and a largely unquantifiable prevalence of COVID-19 which are making an already catastrophic situation even worse.” While hostilities between the main parties may have ceased or been reduced, Mardini told The Associated Press (AP) that "fighting with smaller parties and splinter groups and between communities is unfortunately continuing to cause death, destruction and displacement.”

Making the rounds at Akabo County Hospital in eastern Jonglei state, which serves close to 200,000 people, Mardini said he saw several people recovering from gunshot wounds, including children. He said they were victims of intercommunal violence that is endemic in the country and the result of historic rivalries, often over cattle and land but sometimes over political agendas orchestrated from the capital.

Other patients' injuries were much less obvious because they were victims of rape and sexual assault, which has soared in the conflict, and there were several children being treated for malnutrition, some for malaria at the same time, Mardini said in an online interview from Switzerland on Wednesday.

"These cases are just the very tip of the iceberg,” Mardini said. "Our most recent assessment shows that last year’s harvest was around half of what it was in the previous year in nine of the 10 country’s states. "And this fragility is due not only due to conflict but the impact of the current crisis and disasters of epic scale, most recently last year’s floods that affected over 1 million people, and Jonglei state was one of the worst affected,” he said.

Mardini said Red Cross workers on the ground are seeing that many communities, particularly those whose people have been displaced from their homes, have little or no access to food, safe drinking water or health care.

"There is little doubt that the current crisis is on the verge of slipping into something much more frightening,” Mardini warned. U.N. Secretary-General Antonio Guterres on Thursday told a U.N. Security Council meeting on conflict-driven hunger that in South Sudan "chronic sporadic violence, extreme weather and the economic impact of COVID-19 have pushed more than 7 million people into acute food insecurity,” the highest level since the country declared independence from Sudan 10 years ago.

Food prices are so high, Guterres said, "that just one plate of rice and beans costs more than 180% of the average daily salary - the equivalent of about $400 here in New York.” World Food Program Executive Director David Beasley told the council he visited the country's western Pibor county in early February and heard in recent days that "in extreme circumstances, mothers are resorting to feeding their children with the skin of dead animals - or even mud.”

"This is a desperate situation that calls for urgent attention,” he said. "The local population call 2021 'the year of starvation.’ And their suffering is the result of widespread conflict, and the unprecedented floods that came in 2019 and 2020. These people are in the crossfire of conflict while bearing the brunt of the climate crisis.” The ICRC’s Mardini said the solutions to South Sudan’s humanitarian crisis must come from its leaders "and the commitment to secure lasting peace,” but even then the road to recovery and development will be a long one and urgent humanitarian needs must be addressed now.

The U.N. has appealed for $5.5 billion immediately to avoid multiple famines affecting 34 million people in over three dozen countries, including South Sudan. The Security Council on Friday is expected to extend the mandate of the almost 20,000-strong U.N. peacekeeping mission in South Sudan for a year.

The draft resolution says its mandate will be "to advance a three-year strategic vision to prevent a return to civil war,” build peace at the national and local level, and "support inclusive and accountable governance and free, fair and peaceful elections.”