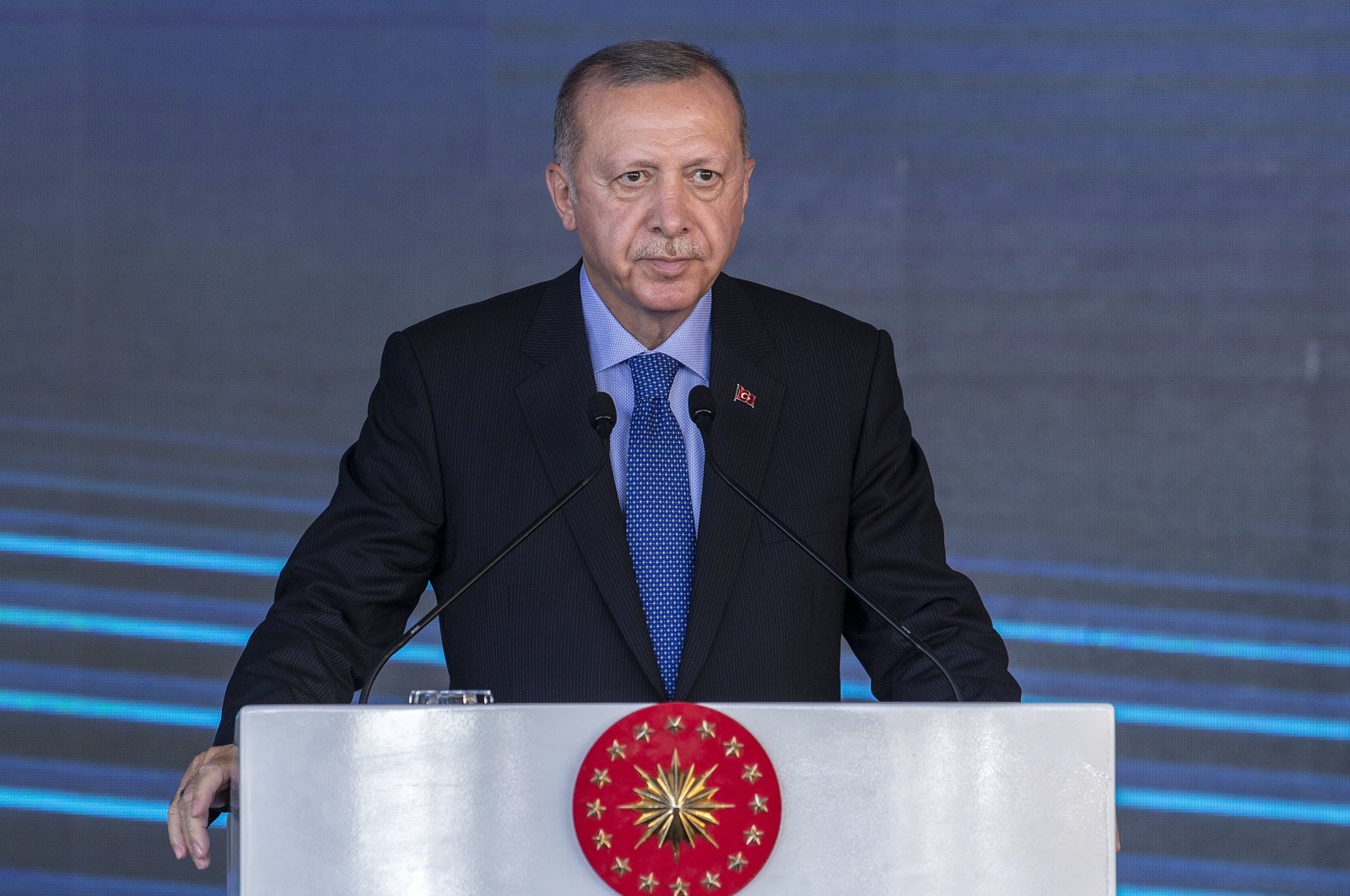 Turkey will pursue dialogue instead of conflict and expects other countries to take steps to lower the rising tensions in the Eastern Mediterranean, President Recep Tayyip Erdoğan said Wednesday, underlining that Ankara is determined to protect its rights.

“No power can deprive Turkey of natural resources predicted to exist in its own region. We pursue dialogue instead of fighting; we expect steps from our counterparts that will lower the tensions in the Mediterranean,” Erdoğan said during the inauguration ceremony of Turkey's first solar panel factory.

The president further stressed that Turkey's struggle on various fronts from the Eastern Mediterranean to Libya is for the future, besides being a fight for rights.

The 1920 Treaty of Sevres following World War I was designed to destroy Turkish sovereignty and liquidate the Ottoman Empire by forcing the administration to cede control over most of the territory uninhabited by Turkish people to the Allied powers including France, Italy, Britain and Japan. It only gave a small part of Anatolia to the remains of the Ottoman administration, but the entity would only be a protectorate rather than an independent state. The Ottoman Empire would not be allowed to control its finances or have an air force, and its military would be limited to 50,700 men. The 1923 Treaty of Lausanne – signed by Turkey on one side and Britain, France, Italy, Greece and their allies on the other – recognized the modern Turkish state.