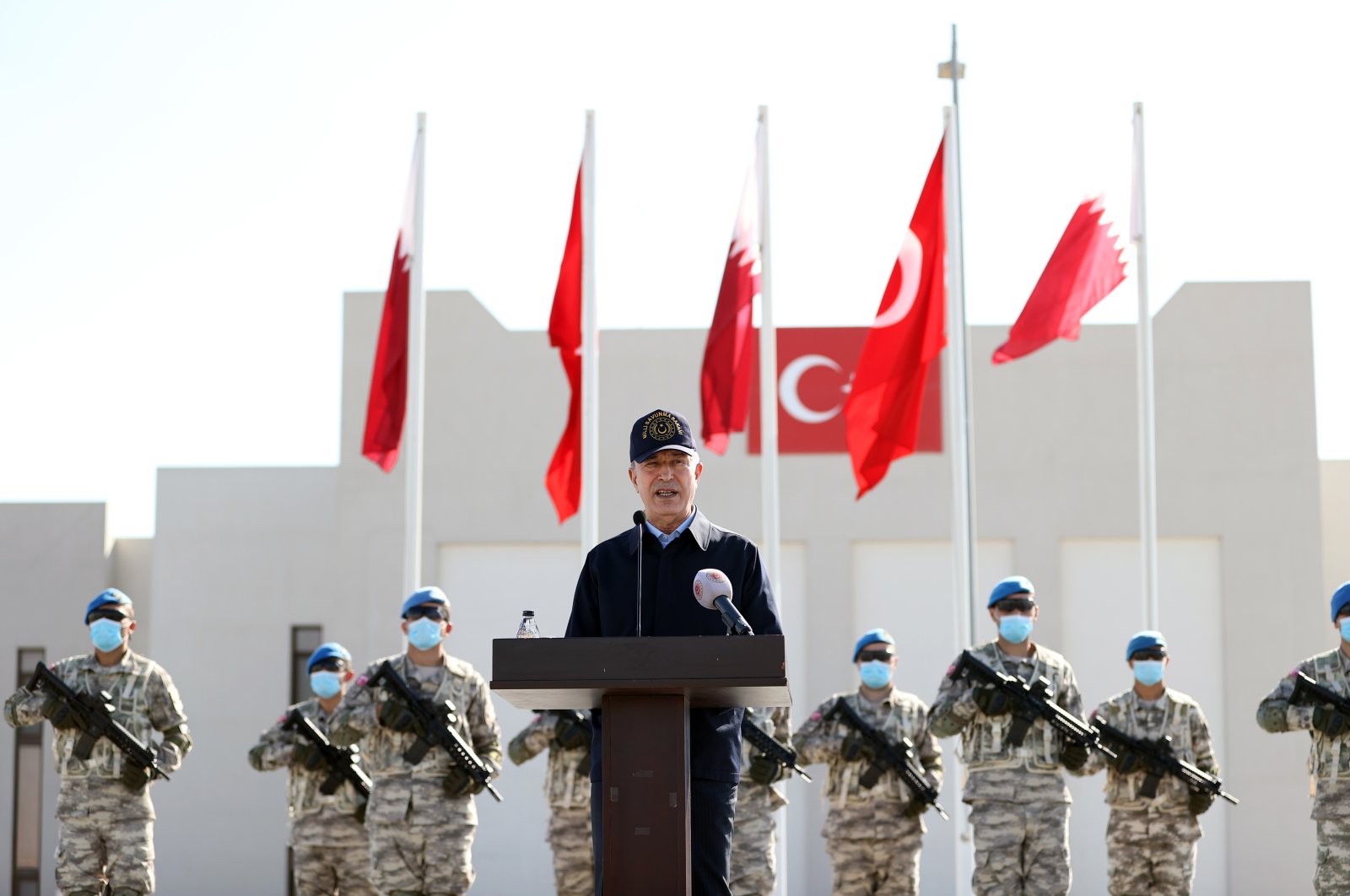 Defense Minister Hulusi Akar said defense cooperation between Turkey and Qatar aims to protect the interests and rights of their people and enhance deterrence capabilities rather than intimidate other countries.

Speaking to Turkish soldiers in Doha ahead of President Recep Tayyip Erdoğan’s visit, Akar said the two countries have overcome difficult periods and will strive to further boost friendship.

“The work we have done here in Qatar is not against third countries, but to rather protect our people’s rights (and) maximize our deterrence capabilities,” Akar said, adding that they hope to further increase this cooperation in the near future.

Akar continued by saying that the Turkish and Qatari armed, air and naval forces will continue to carry out joint drills and maximize their experience and skills.

Akar is visiting Qatar as part of Erdoğan's official visit upon the invitation of the ruling emir, Sheikh Tamim bin Hamad Al Thani, on Dec. 6-7 on the occasion of the seventh meeting of the Turkey-Qatar Supreme Strategic Committee.

Turkey and Qatar have been cooperating on numerous regional issues, including the Libyan crisis and Afghanistan. In addition to bilateral trade and diplomatic relations, the two countries played a pivotal role in supporting the legitimate Libyan government and defending Tripoli against putschist Gen. Khalifa Haftar's forces in a 14-month offensive. They also cooperated to reopen the Kabul airport after the Taliban took over following the government's fall and the withdrawal of the United States forces.