Turkey, Qatar work toward normalization at Kabul airport: US 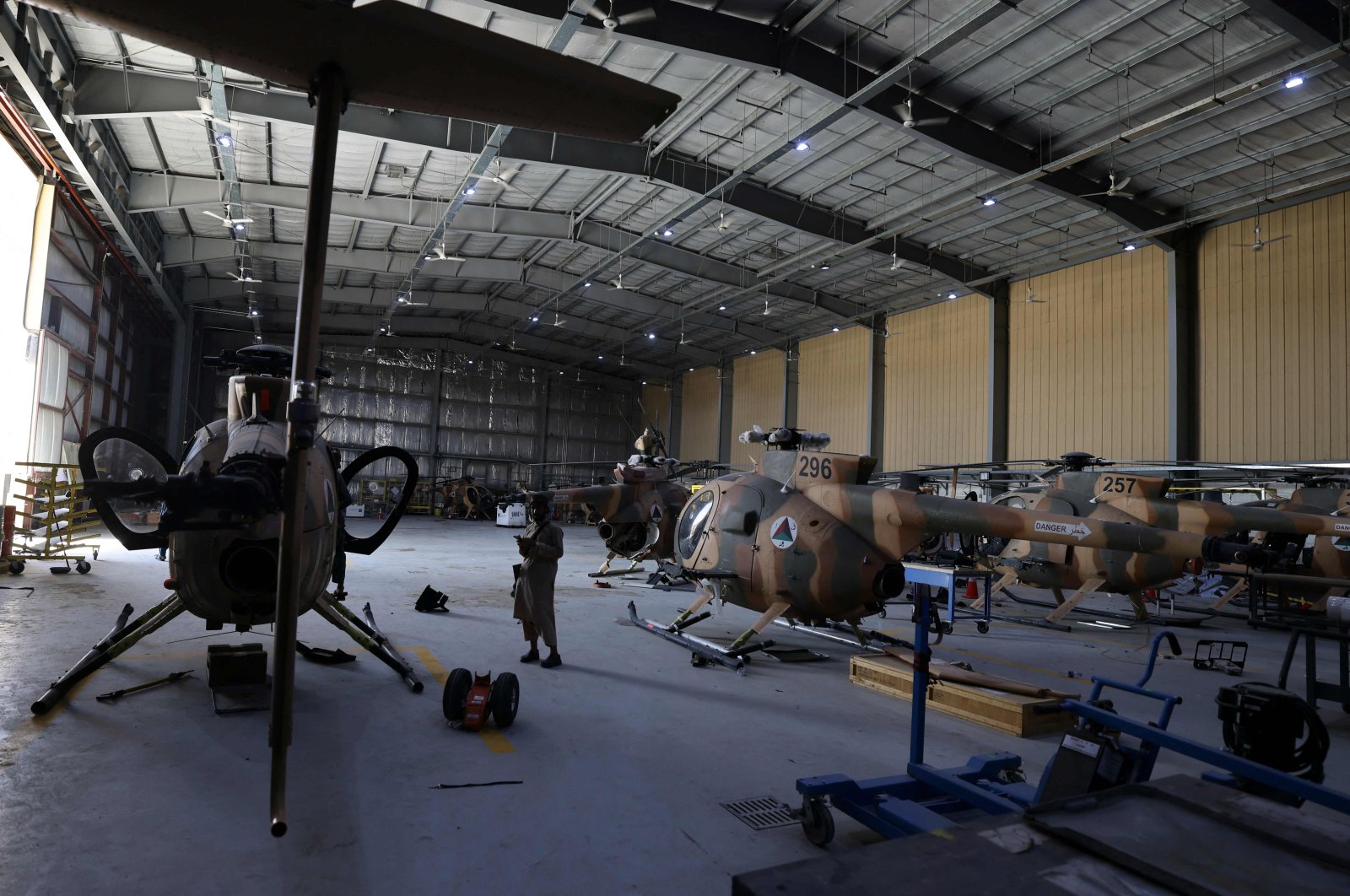 A Taliban fighter stands next to damaged Afghan Air Force helicopters at a hangar at Kabul airport on Sept. 14, 2021. (AFP Photo)
by DAILY SABAH Sep 16, 2021 8:30 am
RECOMMENDED

“The Taliban as well want to see not only charter flights, but normal commercial activity resumed at Kabul International Airport on an expedited basis,” Ned Price said at a press briefing.

He added that the U.S. hopes “that will be able to happen in the not-too-distant future so that in addition to the charter flights that our Qatari partners have very generously administered to date, there will be additional options for individuals to leave from Kabul International Airport.”

The U.S. is working together with Turkey and Qatar on Afghanistan’s Kabul Airport.