Turkey ready to take on mediator role in Afghanistan negotiations 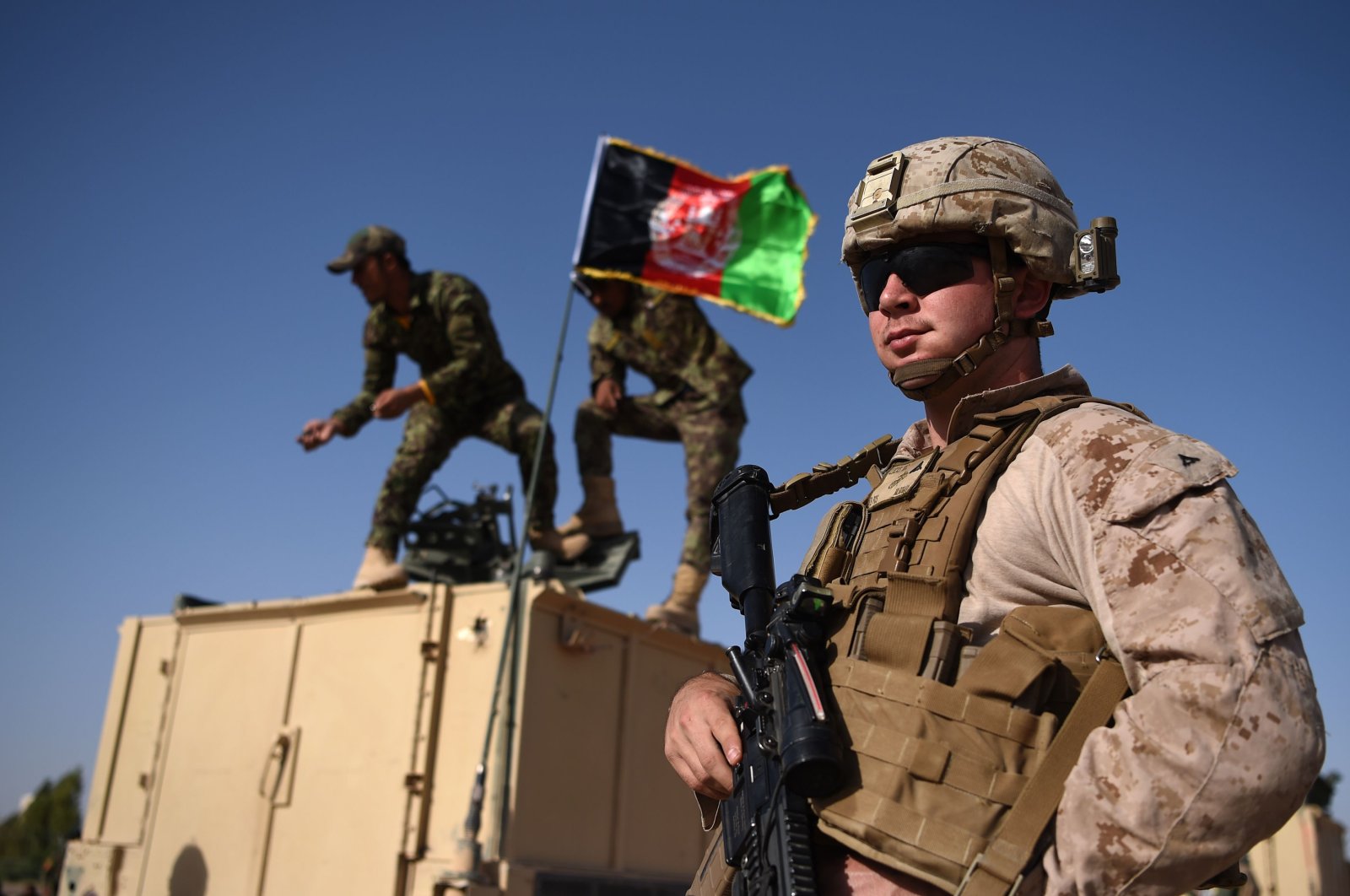 A US Marine looks on as Afghan National Army soldiers raise the Afghan National flag on an armed vehicle during a training exercise to deal with IEDs (improvised explosive devices) at the Shorab Military Camp in Lashkar Gah in Helmand province, Aug. 28, 2017. (AFP)
by Daily Sabah with AA Mar 11, 2020 4:16 pm
RECOMMENDED

Turkey is ready to mediate intra-Afghan peace talks in case of a request, the country’s Kabul envoy said Tuesday.

Speaking to Anadolu Agency (AA), Oğuzhan Ertuğrul said that the peace deal that was signed between the Taliban and the United States on Feb. 29 is a crucial step for Afghanistan’s future and if there would be any request to do so, Turkey is ready to host the negotiation process.

Ertuğrul highlighted that the road to peace is a tricky one and the first step on it is to launch a negotiation process with representatives from all segments of the Afghan society.

The Feb. 29 pact between the Taliban and the U.S. has cleared the way for the withdrawal of U.S.-led international forces after more than 18 years of war, but peace still has to be negotiated between the militants and the U.S.-backed government.

The Taliban had promised to open talks with the government as part of the accord. However, they said the release of 5,000 of their comrades held by the government was also part of the deal, and they won't talk until all are freed.

The main element of the U.S. withdrawal agreement is a Taliban promise that they will not let Afghanistan be used by terrorists to attack the U.S. and its allies. The pact will let U.S. President Donald Trump fulfill his promise to end the war and bring all of the troops home within 14 months.

According to Ertuğrul, the support of the regional countries for the Afghan peace process is another crucial factor in reaching concrete results and Turkey is willing to take the necessary steps to show its solidarity with the Afghan people.

He further emphasized that although the deal with the Taliban mentioned the launching of the negotiation process, it did not refer to the measures that could be taken if the negotiations fail, which is the biggest snag in the agreement.

Pointing out Turkey’s contributions to Afghanistan in the last 19 years, Ertuğrul said that Turkey is still the country that has invested the greatest and provided the most humanitarian aid to the war-torn state.

Although they are located nearly 3,000 kilometers apart, Afghanistan and Turkey enjoy close ties dating back to the early years of the Republic of Turkey.

Turkey was the first country to open a diplomatic mission in Kabul in 1921, and both Muslim-majority countries maintain deep cultural ties dating back to the Turkic rule of Afghanistan until the 12th century.