Turkey rebukes Greek criticism on minorities, urges Athens to 'look in the mirror' 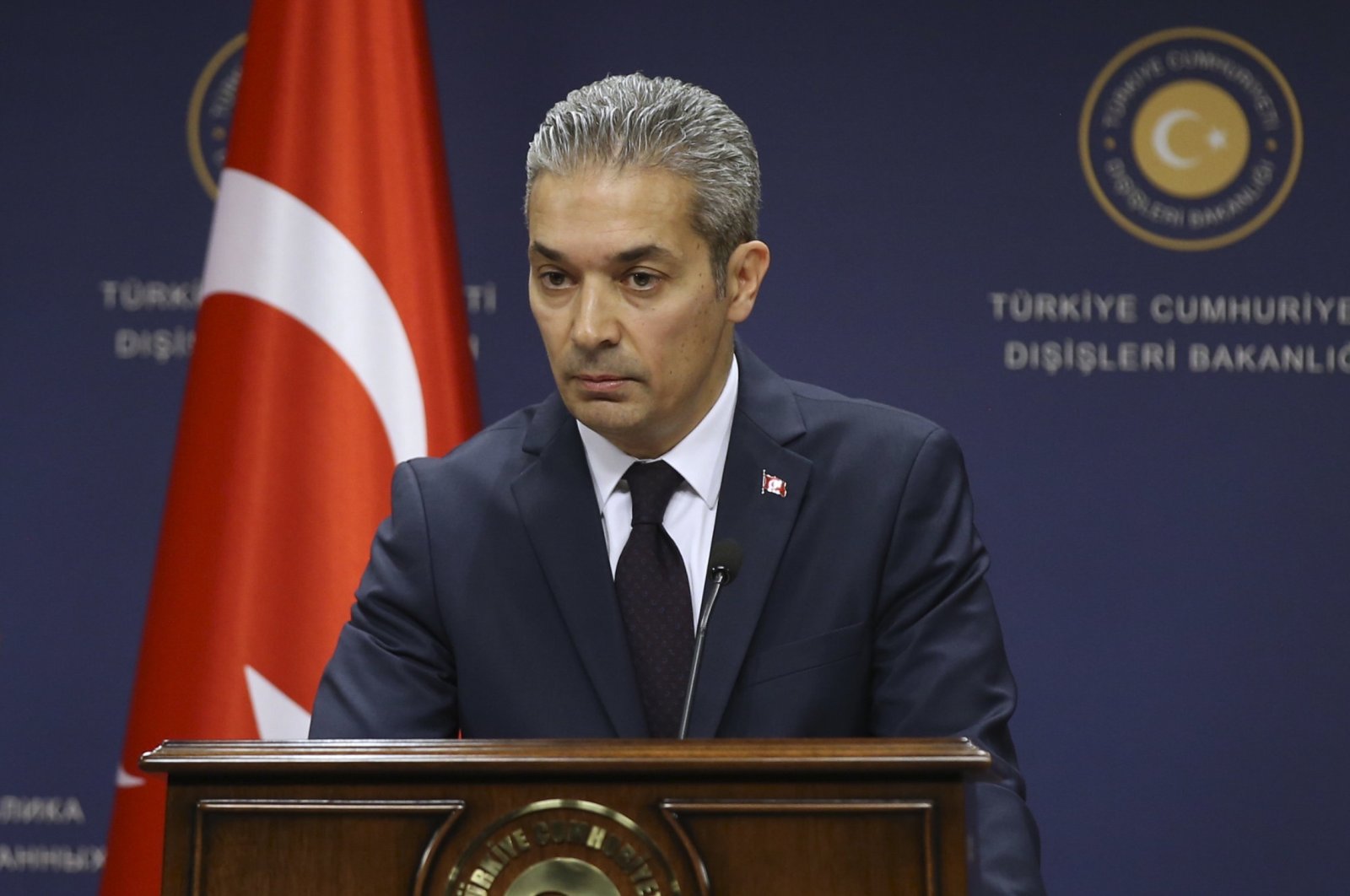 Ankara on Tuesday rejected the Greek foreign minister's remarks on Turkey's treatment of minorities, saying that Greece needs to take a "look in the mirror" instead of making baseless claims against others.

He said Dendias' criticism was "tragicomical" since he is the "foreign minister of a country that the European Court of Human Rights (ECHR) has ruled against three times due to its policy of assimilation and repression against the Western Thrace Turkish minority."

"In our country, many constructive steps have been taken in recent years to resolve the problems of the Greek Orthodox minority, in coordination with our Greek Orthodox citizens," he said.

Greece, which is a European Union member and sees itself as the cradle of democracy, has gone backwards instead of making progress in solving the problems of the Western Thrace Turkish minority, the official added.

"Greece persistently violates the rights of the Western Thrace Turkish minority under the Lausanne Treaty and multilateral agreements," said Aksoy.

He pointed out that Greece has still not implemented the ECHR's decisions on "the denial of the minority's Turkish identity."

"Recent practices regarding madrassas (Muslim educational institutes) in Western Thrace show that not only the expression 'Turk' but even the expression 'minority' cannot be tolerated in Greece," the spokesperson said.

He stressed there was a clear contrast between Ankara and Athens' actions, with Turkey opening schools for just four students on the northwestern Gökçeada upon the Greek Orthodox community's request, while Greece "continues to close" schools serving its minority community in Western Thrace.

The fact that Greece has brought down the number of schools for the minority community in Western Thrace from 231 to 115 in the past 25 years "is the most concrete indication of the perspective of the two countries on minorities," Aksoy asserted.

He urged the top Greek diplomat to reflect on himself and put his own house in order first.

The spokesperson advised Greece to follow Turkey's example and take constructive steps to resolve the problems faced by the Turkish minority in Western Thrace, particularly relating to religious freedoms, denial of their Turkish identity and education.