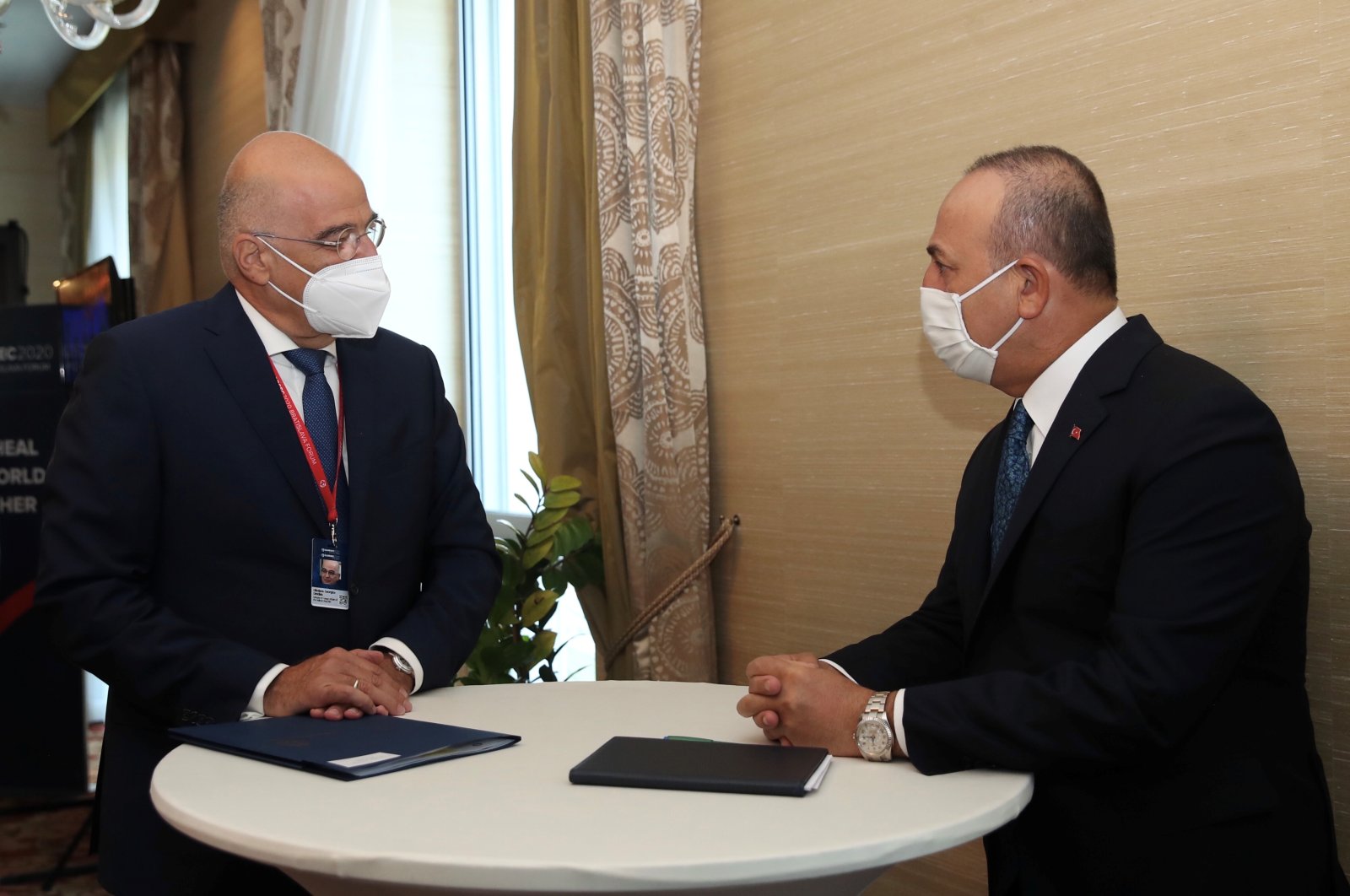 The Turkish Foreign Ministry rejected claims made in a statement by Greek Foreign Minister Nikos Dendias published in a Greek daily and criticized Greece for resorting to blackmail and threats to solve bilateral problems in the Eastern Mediterranean Sea.

The ministry said in a statement that contrary to Dendias’s claims, exploratory talks with Greece had been put on hold following Athens’ request in 2016.

“The claim that this was caused by Turkey is directed toward misguiding the public,” the ministry said, adding that Dendias’s claim that the exploratory talks only addressed a single issue is also false.

“The goal of these talks is to resolve all issues between the two countries,” the ministry said.

With regard to the partial opening of the abandoned town of Varosha (Maraş) in the Turkish Republic of Northern Cyprus (TRNC), the ministry said it was the TRNC government that opened the area to the public and not Turkey. The statement noted the Greek claim that the people using the beaches are posing a “threat to international security” as ridiculous.

The ministry also noted that Greece’s attempts to use Turkey’s accession to the European Union as a trump card against Ankara rather than engaging in “sincere dialogue” to resolve problems in the Aegean and Mediterranean seas are ineffective.

“Greece’s persistence in engaging in tension-building activities while saying it is ready for dialogue is an example of its insincerity,” the ministry said, adding that Athens’ announcement to hold naval exercises in the Aegean Sea a day before the anniversary of the establishment of the republic is not well-intended.