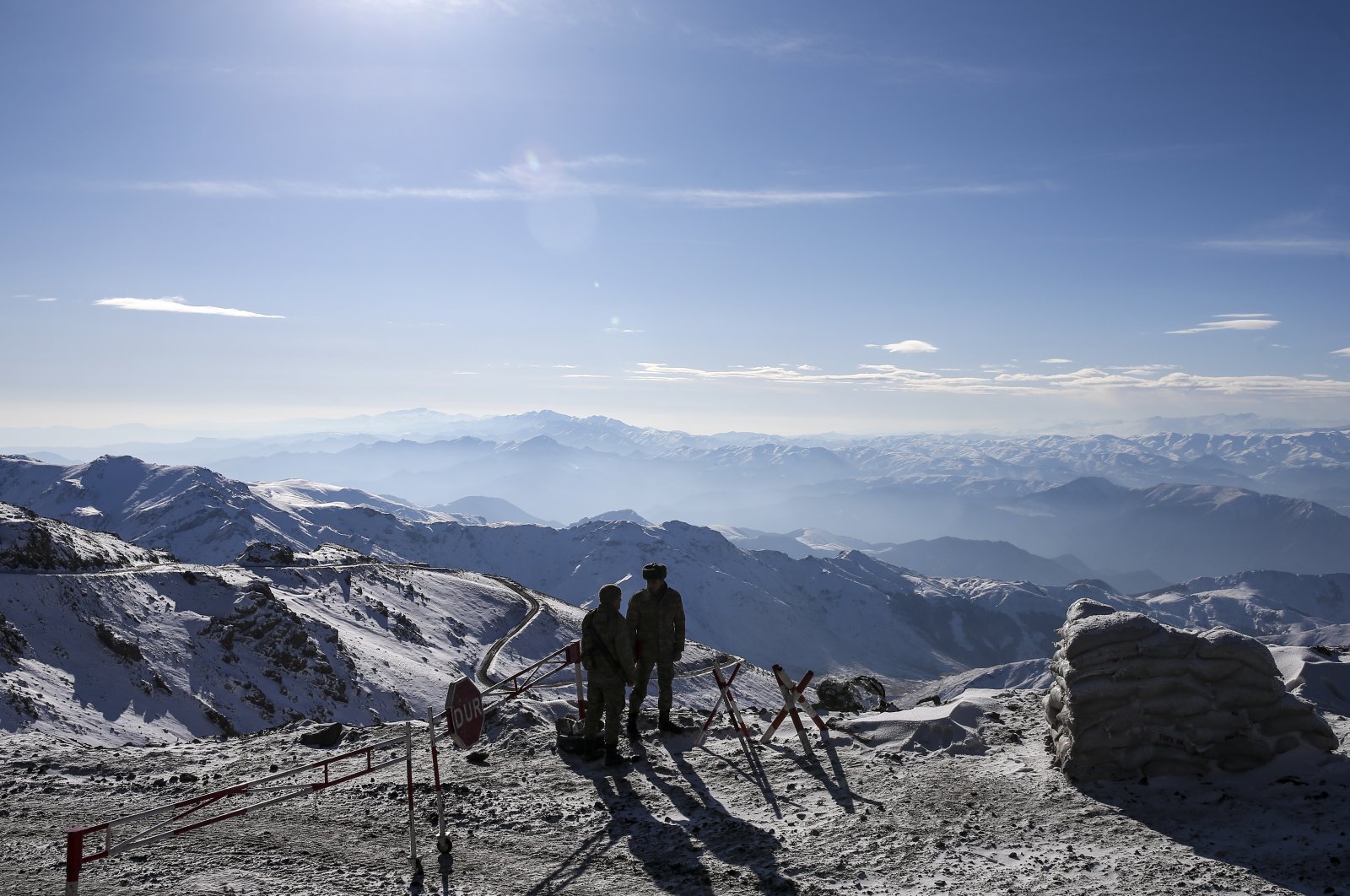 Azerbaijani soldiers stand at a checkpoint at the Murovdagh mountains, after the transfer of the Kalbajar region to Azerbaijan's control, as part of a peace deal that required Armenian forces to cede the Azerbaijani territories they held outside Nagorno-Karabakh, Kalbajar region, Azerbaijan, Dec. 2, 2020. (AP Photo)
by Daily Sabah with AA Dec 19, 2020 11:32 am
RECOMMENDED

Turkey on Friday rejected the resolution on Nagorno-Karabakh adopted by the lower house of the Belgian Parliament.

"Resolution 1597 is neither historical, legal nor compatible with the facts in the field. We reject this decision, which includes baseless allegations and accusations against Turkey," he said.

Aksoy emphasized that this decision is an obvious example of how the Belgian House of Representatives and some parliaments are becoming tools of one-way Armenian rhetoric, act with prejudices and remain hostages to narrow interests aimed at domestic politics.

"The decision will not contribute to Turkey-Belgium relations, nor will it serve efforts to achieve peace and stability in the region," he said.

"Such decisions also delay the process of accepting the facts of Armenia and encourage it to avoid taking on its responsibilities," he added.

"However, the reference to the events of 1915 in the decision of the Belgian House of Representatives to declare Dec. 9 as the day of remembrance of the victims of the genocides, adopted on the same day, is also contrary to the basic principles of law, especially the decisions of the European Court of Human Right (ECHR)," he said.

Aksoy said that he expected Belgium to act with reason and to stay away from taking steps that will overshadow bilateral relations.

The resolution adopted by the Belgian Parliament condemns Azerbaijan – which had liberated its territories from Armenian occupation – urges Brussels to adopt measures to prevent the plight of those affected by the conflict and to negotiate an agreement that acknowledges the people's right to self-determination. No country, including Armenia, recognizes Nagorno-Karabakh's independence.

The resolution also condemned Turkey's role in the war, even though the country did not provide military support as Azerbaijan did not demand it. Ankara, however, has started providing assistance after the war by setting up an observation center in Azerbaijan to monitor the cease-fire and to dispatch military demining experts to clear some areas in Nagorno-Karabakh.

During the 44-day conflict, Azerbaijan liberated several cities and nearly 300 settlements and villages from Armenia occupation.