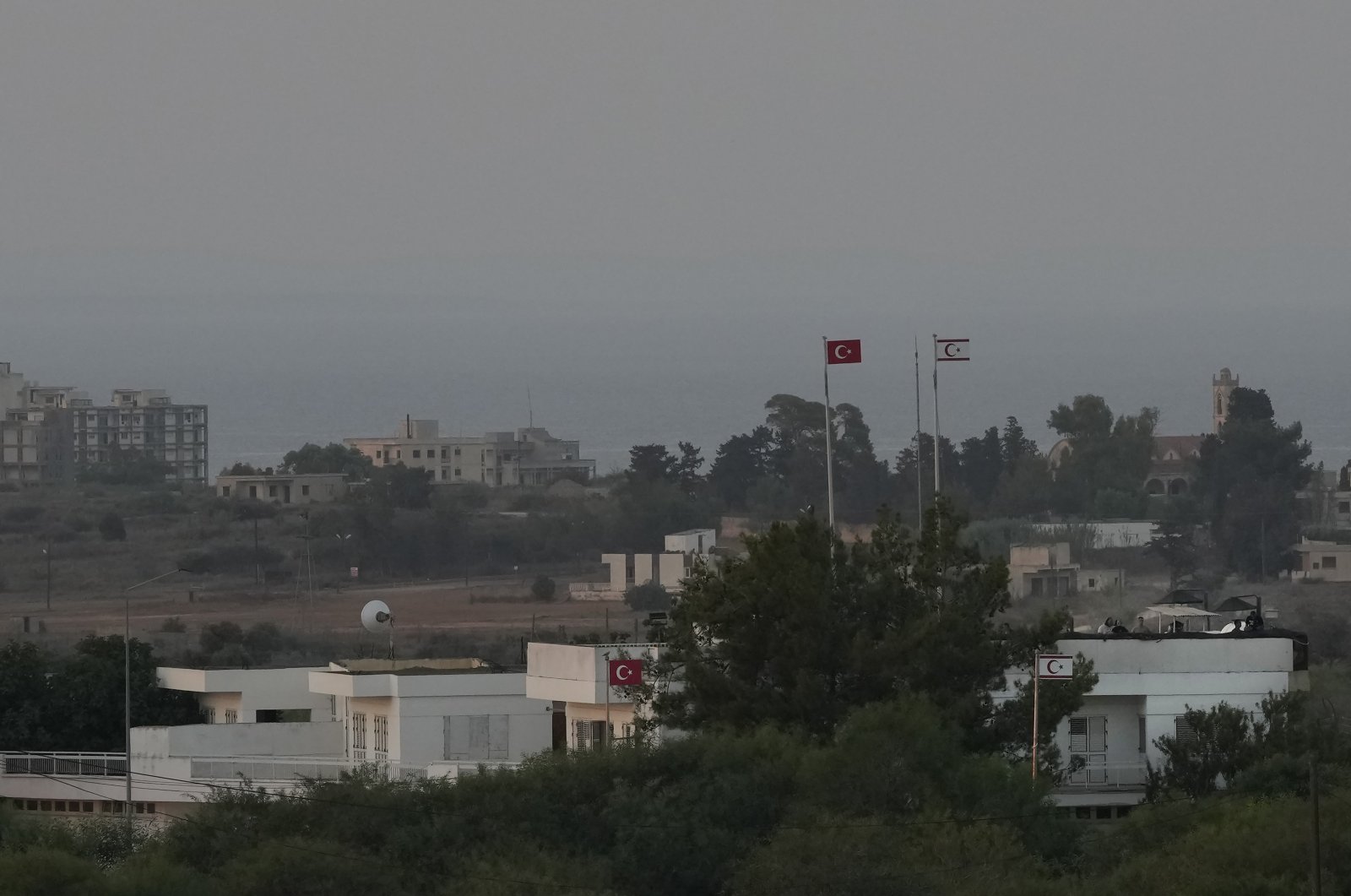 A Turkish military guard post with soldiers is seen near the abandoned city Maraş (Varosha), prior to the visit of President Recep Tayyip Erdoğan on Monday, July 19, 2021. (AP Photo)
by Anadolu Agency Jul 23, 2021 9:50 pm
RECOMMENDED

The Foreign Ministry on Friday rejected the United Nations Security Council's statement as well as "unfounded claims" of several countries on the reopening of Maraş (Varosha) in the Turkish Republic of Northern Cyprus (TRNC).

"We reject the Presidential Statement made by the U.N. Security Council (UNSC) on the second phase of the Varosha initiative, announced by the President of the TRNC, H.E. Mr. Ersin Tatar, on 20 July 2021, as well as the statements from various countries which are based on unfounded claims and inconsistent with the realities on the Island," the ministry said in a statement.

"These statements are based on Greek-Greek Cypriot black propaganda and groundless claims, such as that Varosha is not TRNC territory, that the TRNC will confiscate the properties in Varosha and bring settlers there against the property rights," it added.

"Contrary to claims, the relevant UNSC resolutions are not violated," the ministry said.

For its part, the Foreign Ministry of TRNC also slammed the UNSC statement, saying the decision to use the public areas and removing the military status of a certain part of the fenced-off area of Varosha is "in line with international law but also aims to protect the rights of the property owners."

"The wording of the statement of the UNSC Presidency on the "reopening of the part of the fenced-off area of Varosha" is misleading," it said, adding: "The TRNC Council of Ministers has not made a decision for the reopening of the said area removed from military status."

"It is regrettable for UNSC to make a statement based on the groundless claims by the Greek Cypriot side concerning the 'resettlement' of the fenced-off areas of Maraş/Varosha," it also noted.

The island of Cyprus has been divided since 1974, when a Greek Cypriot coup aimed at Greece's annexation of the island was followed by violence against the island's Turks and Ankara's subsequent intervention as a guarantor power.

In recent years, it has seen an on-and-off peace process, including a failed 2017 initiative in Switzerland under the auspices of guarantor countries Turkey, Greece and the U.K.