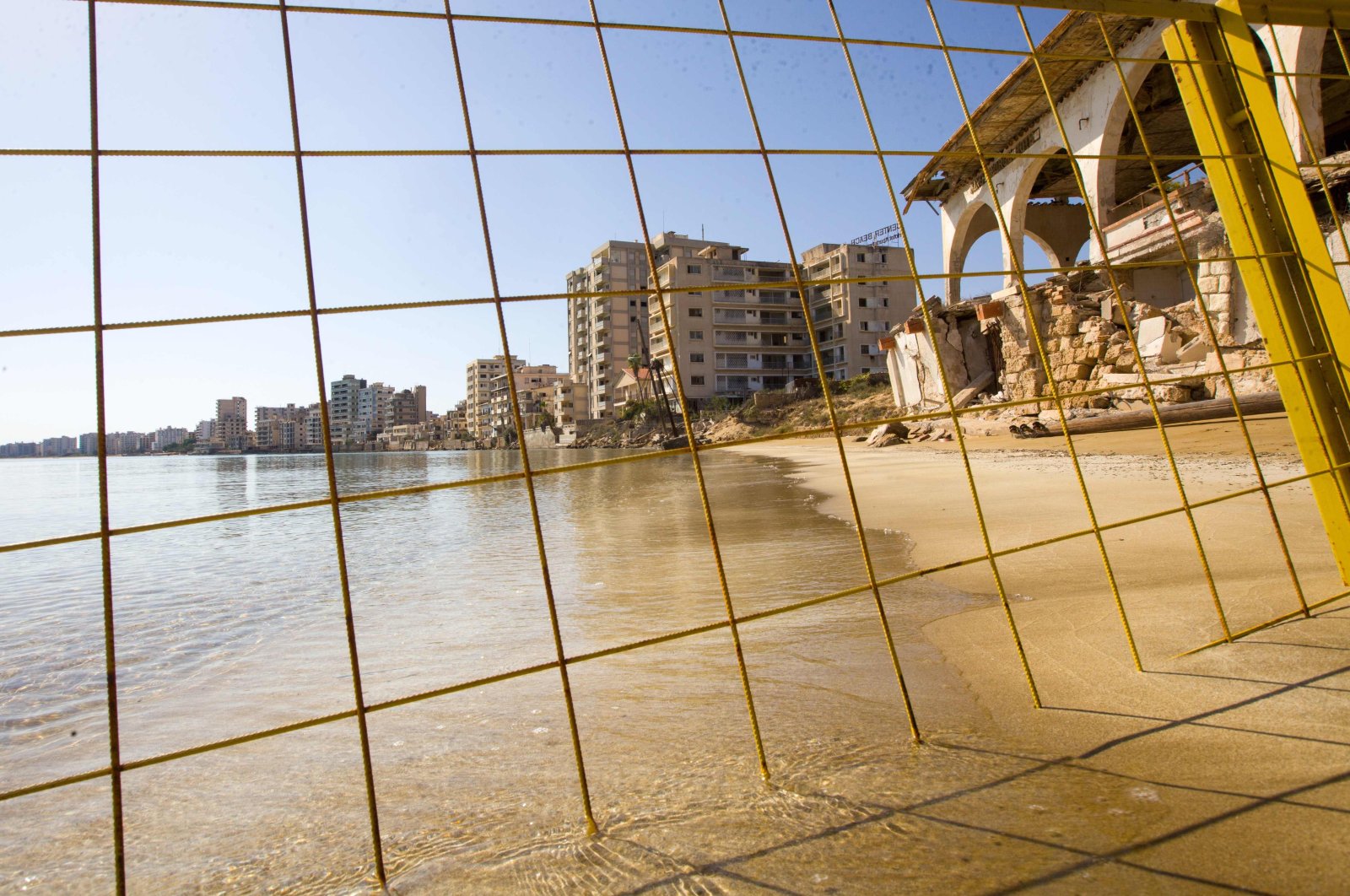 A new plan is reportedly in the making to gradually reopen the town of Maraş (Varosha), in the northern part of Cyprus, for both settlement and tourism. The city has been closed since 1974.

According to the Turkish daily, Hürriyet, an offer will be made to the Greek Cypriots who own properties in Varosha. They will have to either claim their properties, or sell them to the Turkish Republic of Northern Cyprus (TRNC).

The daily reported that the records of the Immovable Properties Commission, which was formed by the TRNC, show that so far about 300 applications have been made by the Greek Cypriots in order to determine the future of their properties in Varosha. The applications so far reportedly cover properties that constitute almost half of Varosha, which is located on an area as large as 4,638 decares.

President Recep Tayyip Erdoğan said Sunday it is difficult to fathom the injustice done in the TRNC, during his speech in Varosha.

Erdoğan visited the Varosha region, which was closed for 46 years in the TRNC but gradually began to reopen following a decision made by Turkish Cypriot officials.

Underlining that the "real owners" of Varosha are clear, Erdoğan announced that as the Immovable Properties Commission comes into action, landowners applying from the Greek Cypriot administration would receive compensation for their property. He emphasized that the move to open the Varosha region is the start of a new process.

Varosha was a famous resort area in Cyprus which boasted a capacity of 10,000 beds across more than 100 hotels, Turkish military forces intervened on the island following a Greece-backed coup.

The city of Varosha is protected by a 1984 U.N. Security Council (UNSC) resolution, stating that the empty town can only be resettled by its original inhabitants. If the Greek Cypriots had accepted the 2004 U.N. Cyprus reunification plan, the Annan Plan, Varosha would now be back under Greek Cypriot control and its residents back in their homes. Despite this, the majority of Greek Cypriots voted against the plan, whereas the Turkish Cypriots voted for it.

Another initiative is reportedly taking place to urge the international community to recognize the TRNC, which is currently recognized only by Turkey.

TRNC head Ersin Tatar's upcoming visit to Azerbaijan is considered to be the first step in this attempt.