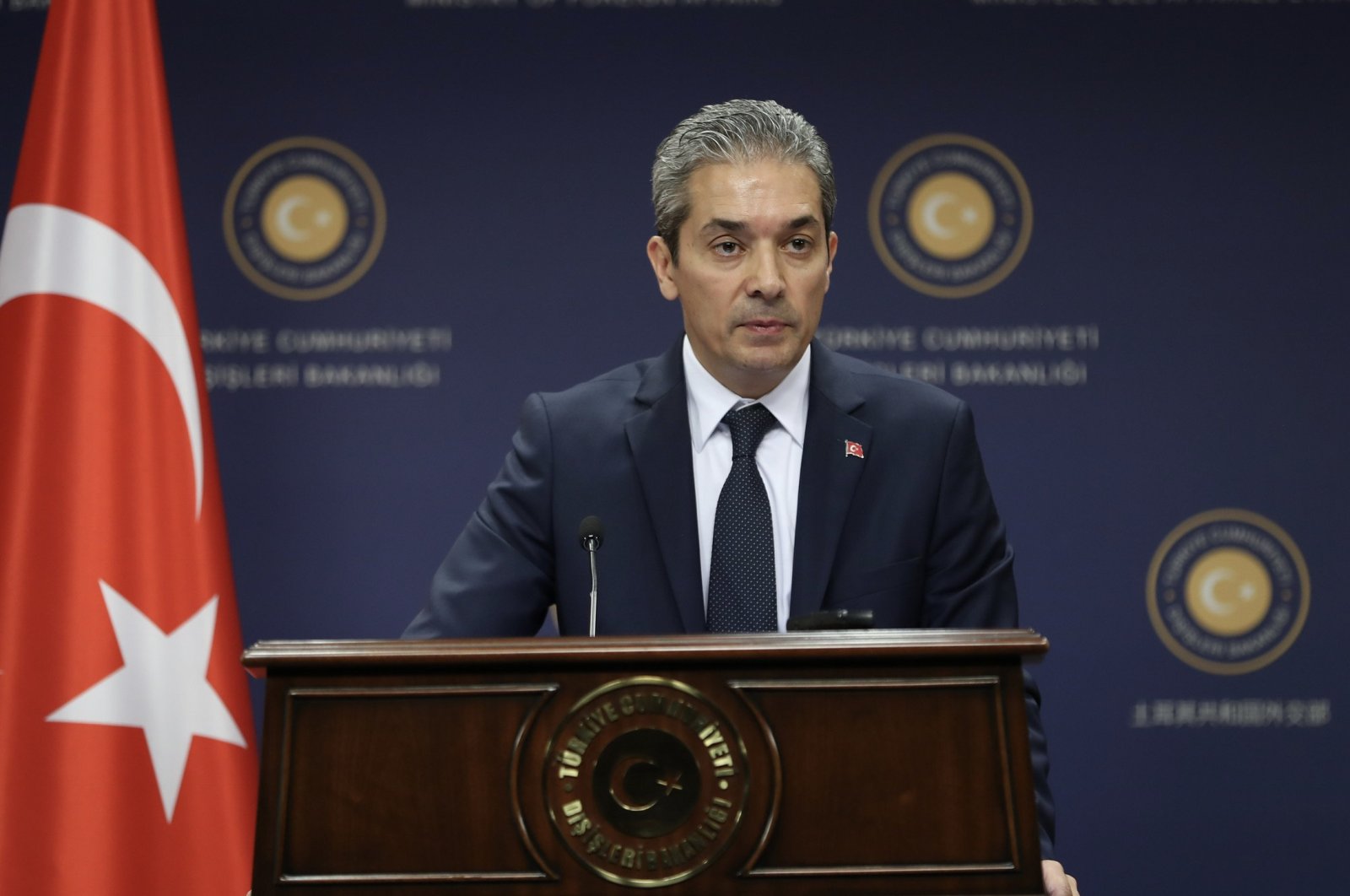 Foreign Ministry Spokesman Hami Aksoy speaks to reporters at a news conference in Ankara on May 28, 2020 (AA File Photo)
by DAILY SABAH WITH AA Jun 21, 2020 9:52 am
Edited By Nurbanu Tanrıkulu Kızıl
RECOMMENDED

Turkey on Sunday rejected recent claims by the U.S. Commission on International Religious Freedom (USCIRF) on Ankara's anti-terror operations in northern Iraq for making propaganda on behalf of the PKK terrorists.

Foreign Ministry spokesman Hami Aksoy said in a statement that it was "shameful" that the USCIRF criticized Turkey's fight against terrorism and became an "instrument" in the propaganda of the PKK terror group.

Aksoy accused the USCIRF of ignoring the oppression perpetrated by the PKK in Iraq and YPG/PKK in Syria against the region's people, including Kurds who did not embrace its separatist policy and terrorist methods.

In the statement, he said thousands of Yazidis were unable to return to their homes in Sinjar, northwestern Iran because of the PKK that lodged itself in the region under the pretext of fighting the Daesh terror group.

Underlining that so-called human rights defenders have so far ignored these facts, it said Turkey did not accept the USCIRF's claims that have distorted the truth.

The USCIRF last Friday alleged that Turkey targeted fragile areas in northern Iraq particularly threatening Yazidi families attempting to return to their homes in the town of Sinjar.

Turkey's Operations Claw-Eagle and Claw-Tiger were launched earlier last week to ensure the safety of the Turkish people and borders by neutralizing the threat of the PKK and other terrorist groups.

As part of Operation Claw-Tiger, which was launched a few days after Operation Claw-Eagle, the Turkish Armed Forces (TSK) has so far destroyed more than 500 PKK targets in northern Iraq's Haftanin region so far. As part of the latest update on the operation, it has also been reported that three PKK terrorists were killed on Friday.

Turkey has long been stressing that it will not tolerate threats posed to its national security and has called on Iraqi officials to take the necessary steps to eliminate the terrorists. Ankara previously noted that if the expected steps are not taken, it would not shy away from targeting the group. Iraq's Kurdistan Regional Government (KRG) also previously called the PKK's presence in Sinjar unacceptable and urged the militants to leave the area.

In its more than 30-year terror campaign against Turkey, the PKK - listed as a terrorist organization by Turkey, the US and the EU - has been responsible for the deaths of nearly 40,000 people, including women, children, and infants.