Turkey remembers diplomats killed by Armenian terrorists in US 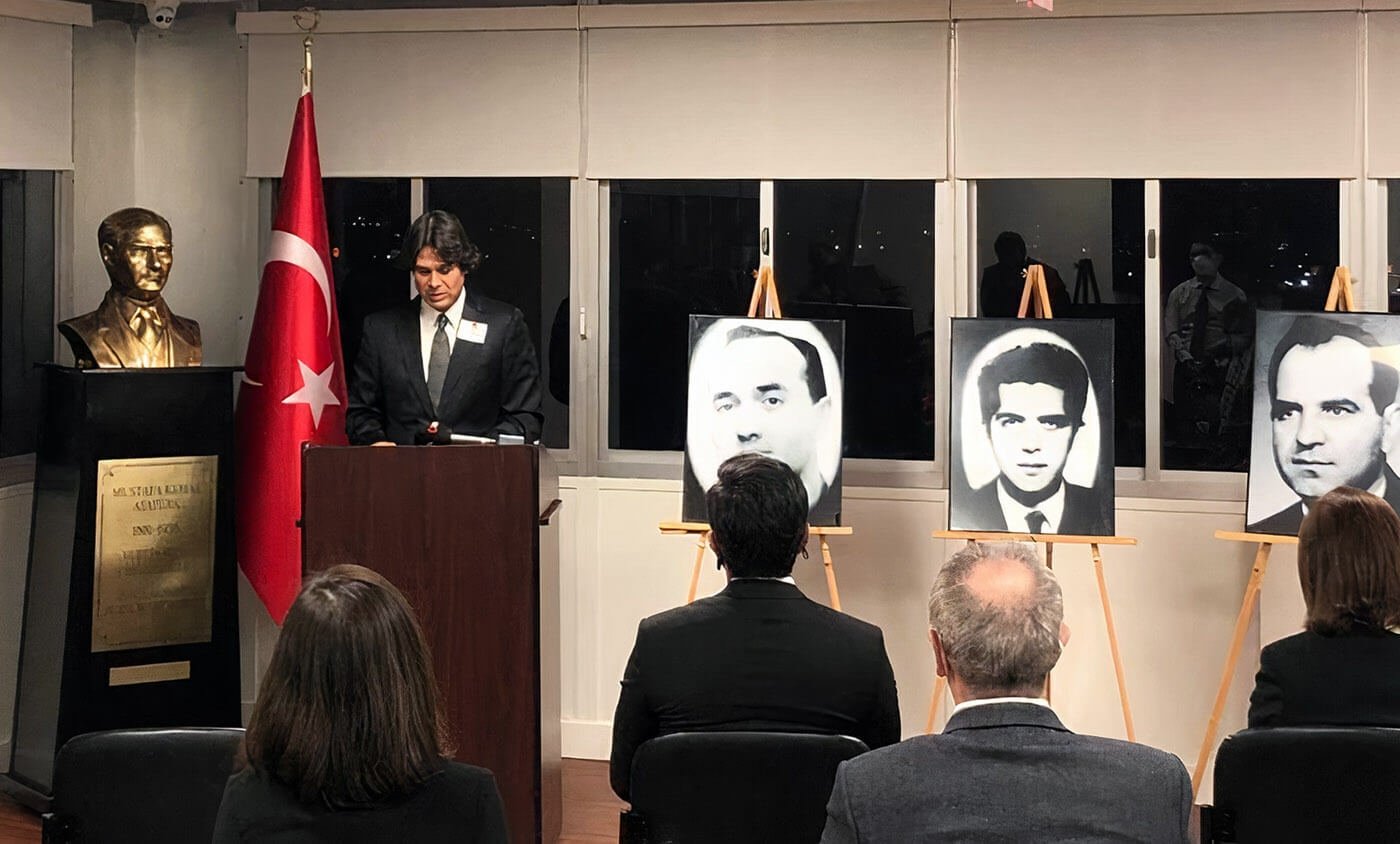 A commemoration ceremony for the Turkish diplomats who were killed by Armenian terrorists in Los Angeles, California, U.S., Jan. 28, 2021. (AA Photo)
by DAILY SABAH Jan 29, 2021 11:57 am
RECOMMENDED

Turkey on Thursday commemorated the assassination of three of its diplomats by Armenian terrorists in the U.S.

In another terrorist attack on Jan. 28, 1982, Kemal Arıkan, Turkey's consul general in Los Angeles, was killed by Armenian terrorists affiliated with the Justice Commandos of the Armenian Genocide (JCAG) terror group.

The Turkish Consulate General in Los Angeles held a commemoration ceremony for Baydar and Demir in Santa Barbara, California, where the two diplomats were killed.

Another ceremony was held for Arıkan in the building of the consulate general. Releasing a Twitter message, Serdar Kılıç, Turkey's ambassador to the U.S., said Arıkan will be remembered with respect as a distinguished diplomat.

The message noted that although the Armenian terrorist, Gourgen Yanikian, confessed to committing the murders of Baydar and Demir in 1973, he was released by the California governor 10 years later.

Arıkan was shot 14 times by Hampig Sassounian and Krikor Saliba. Saliba escaped justice, but Sassounian was arrested and sentenced to life in prison in 1984. A parole request for Sassounian was denied last year.

These attacks were just two of the many assassinations of Turkish diplomats and family members around the world by Armenian terror groups, the Armenian Secret Army for the Liberation of Armenia (ASALA) and JCAG, which acted in revenge for what they call the genocide of Armenians during the last years of the Ottoman Empire.

Founded in 1975 in Beirut, Lebanon, during the Lebanese Civil War, ASALA is responsible for hundreds of bloody terror acts.

The attack at Esenboğa airport in the Turkish capital Ankara on Aug. 7, 1982, was one of the most notorious attacks by ASALA, as the group targeted non-diplomat civilians for the first time.

Nine people died and over 80 were injured when two terrorists opened fire in a crowded passenger waiting area at the airport.

The 1981 and 1983 Paris attacks are among the group's other notable acts. ASALA terrorists held 56 people hostage for 15 hours during the Turkish Consulate attack in 1981, while a suitcase bomb killed eight people – most of them non-Turks – in 1983 at a Turkish Airlines check-in desk at Paris' Orly Airport.

According to some Turkish officials, after the Orly attack, the group lost much of its support and financial backing from the Armenian diaspora and had to dissolve. The terrorist attacks ended in 1986, according to the Armenian terror study.