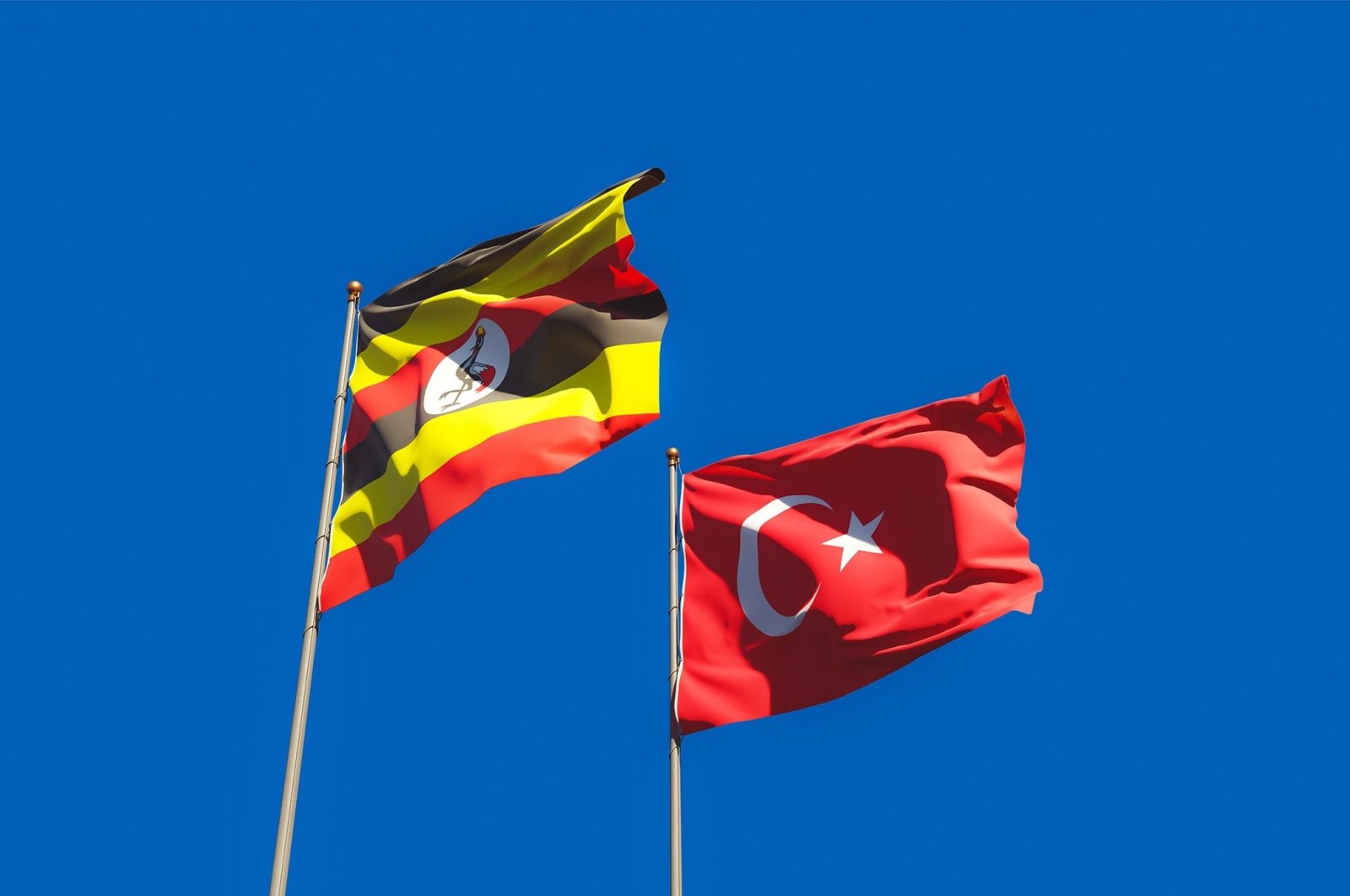 The Ugandan and Turkish flags fly at an unspecified location in this undated file photo. (Shutterstock File Photo)
by Anadolu Agency Aug 08, 2021 11:40 am
RECOMMENDED

"Turkey does not condone crimes but accords full rights to any person arrested within Turkey, and so will be the case for the said Ugandan," noted Alp, referring to the Ugandan national who was recently arrested at the Ugandan Embassy in the Turkish capital Ankara.

Fred Lumbuye, a critic of the Ugandan government, is accused of starting false rumors that Ugandan President Yoweri Museveni died.

Alp made the remarks while meeting with Kyadondo lawmaker Muwada Nkunyingi, who presented a petition to guarantee the safety of Lumbuye, a vocal supporter of the opposition party National Unity Platform (NUP).

The lawmaker said that Turkey has stood for the oppressed on many fronts and stressed that it would be "risky" to hand over Lumbuye to Ugandan authorities, pointing to what he described as the country's bad human rights record.

"Uganda has the death penalty, and it would be in breach of international law to honor any request by Uganda to risk a deportation of Lumbuye," he said.

Zahara Luyirika, speaker of the Kampala Capital City Authority (KCCA) responsible for the running of Uganda's capital, told Anadolu Agency (AA) that Lumbuye should not be repatriated to Uganda as it is a country that tortures citizens.

The arrest in Turkey comes a month after Museveni directed security operatives to track down Ugandans accused of spreading fake news on social media.