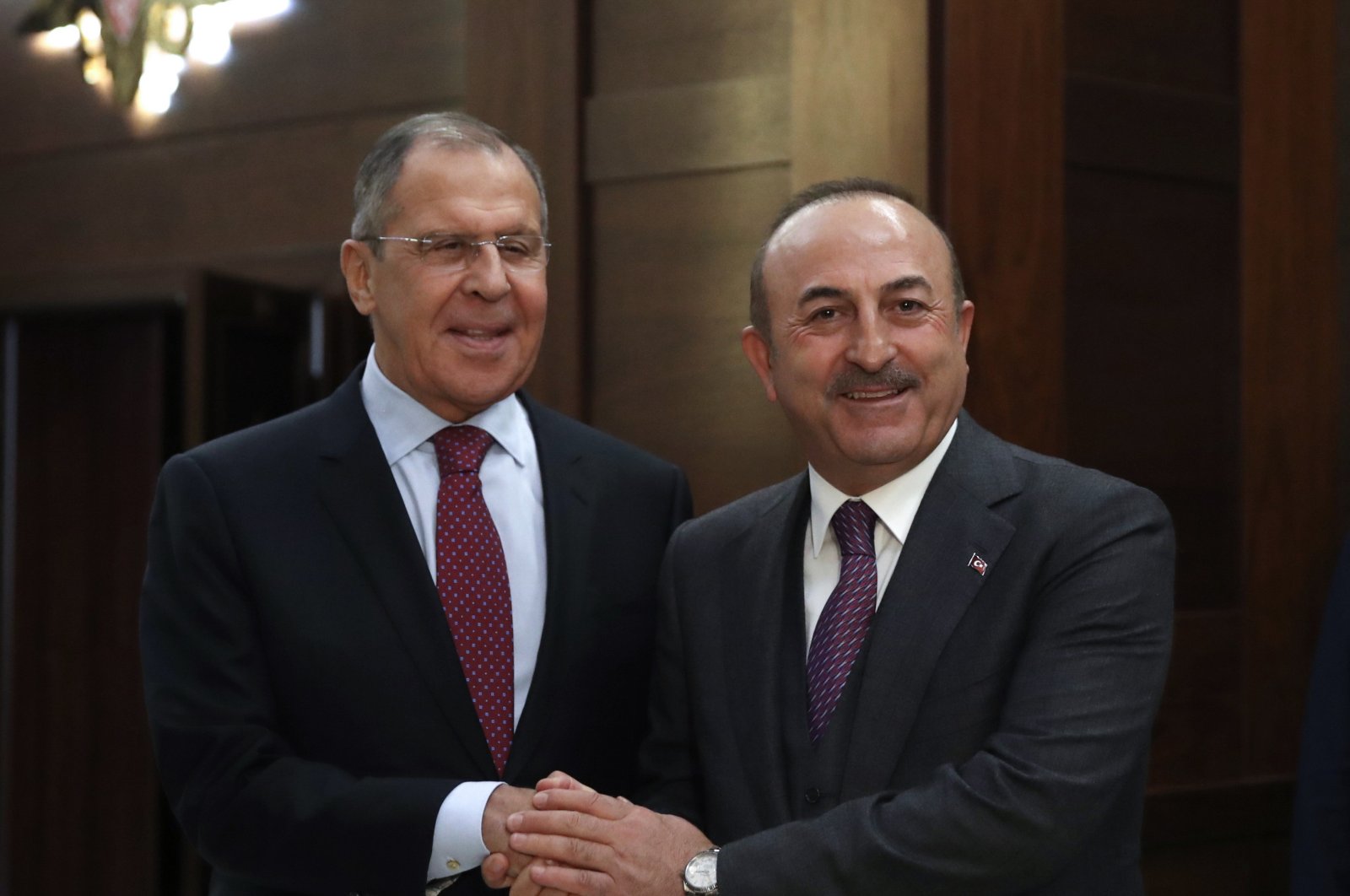 Foreign Minister Mevlüt Çavuşoğlu and Russian Foreign Minister Sergei Lavrov on Monday agreed on the need to collaborate to create the conditions for a peace process in Libya, Russia's foreign ministry said in a statement.

The two parties also agreed that a new United Nations Libya envoy must be appointed swiftly, the statement said, following a call between the two ministers.

Russia's foreign ministry had earlier voiced its support for an Egyptian initiative aimed at spurring negotiations between the warring sides in Libya.

Turkey’s support for Libya’s U.N.-supported government in Tripoli has helped shift the balance in the country, allowing the Tripoli-based forces to retake the capital’s airport and gain the upper hand against the rival east-based forces, led by putschist Gen. Khalifa Haftar.

Haftar’s forces are backed by the United Arab Emirates (UAE) and Egypt, as well as France and Russia. The Tripoli-based government receives aid from Qatar, Italy and Turkey, which stepped up its military support in recent months.

Egypt had called for a cease-fire starting on Monday, as part of an initiative that also proposed an elected leadership council for Libya. Haftar's other supporters, Russia and the UAE, also welcomed the proposal.

President Recep Tayyip Erdoğan said Monday that he has reached agreements with his U.S. counterpart Donald Trump that could herald a “new era” concerning Libya.

Erdoğan made the comment in a television interview following a telephone call with the U.S. president but did not elaborate on the agreements reached.

"After our talks on the transition process in Libya, a new era can begin between Turkey and the U.S.,” Erdoğan told state broadcaster TRT. “We had some agreements.”

Earlier, a statement from his office said Erdoğan and Trump had agreed to continue their close cooperation on Libya.

Erdoğan said he would also discuss Moscow's role in Libya with President Vladimir Putin, including what he said was the supply of Russian planes and Pantsir air defenses to Haftar's forces.

"They have Pantsirs there, they sent 19 warplanes to Libya," Erdoğan said. "After talking with him, we can plan ahead."

In the interview, Erdoğan also said "developments showed Haftar could be excluded from the peace process at any moment."

Libya's Prime Minister Fayez al-Sarraj was in Ankara last week, where he said his forces were "determined" to take over the entire country from his rival Haftar.