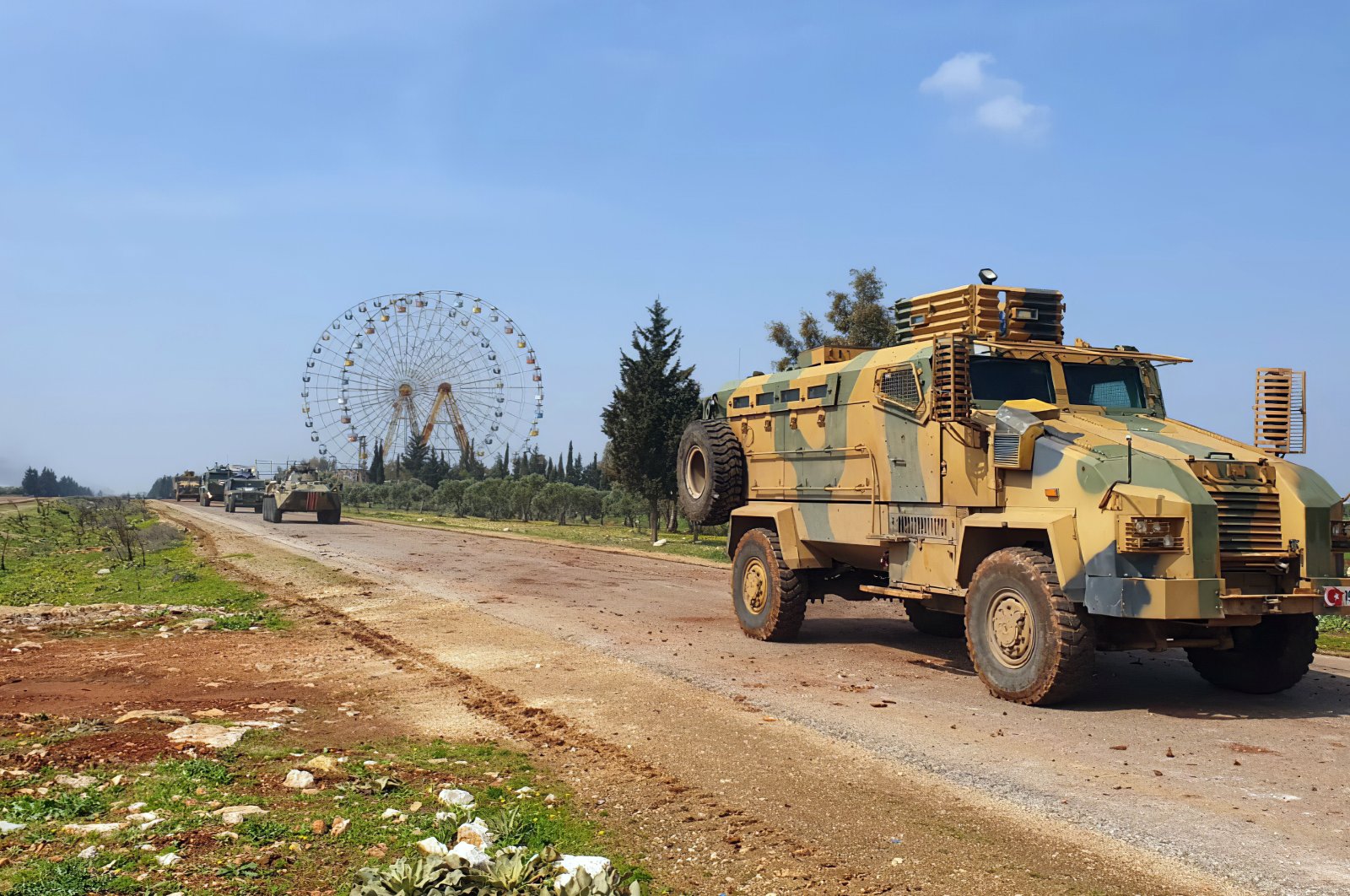 Turkish and Russian troops on Friday conducted a joint patrol in northeastern Syria’s al-Hasakah province, monitoring whether terrorist groups are present in five settlements in the region.

Sergey Zamay, vice commander of the Russian military police unit in Syria, said that it was the 117th joint patrol conducted within the scope of the deal signed between Turkey and Russia in Sochi.

Zamay stated that the patrol was conducted across a distance of 50 kilometers (31.07 miles), including the five settlements.

The joint convoy included eight military vehicles, nearly 80 soldiers and was accompanied by helicopters and drones.

Since Turkey and Russia reached a deal on Idlib in 2018, in which acts of aggression are prohibited, there have been over 1,300 civilians killed in the de-escalation zone. Following intense attacks by the Bashar Assad regime and its allies, over a million Syrians have flocked toward the Turkish border.

Turkey and Russia, which back opposing sides in Syria's war, once again agreed on March 5 this year to halt military activity in the northwestern Idlib region after an escalation of violence brought the two sides close to confrontation. As part of the agreement, Turkish and Russian forces have been carrying out joint patrols along the M4 highway linking Syria's east and west, establishing a security corridor on either side.