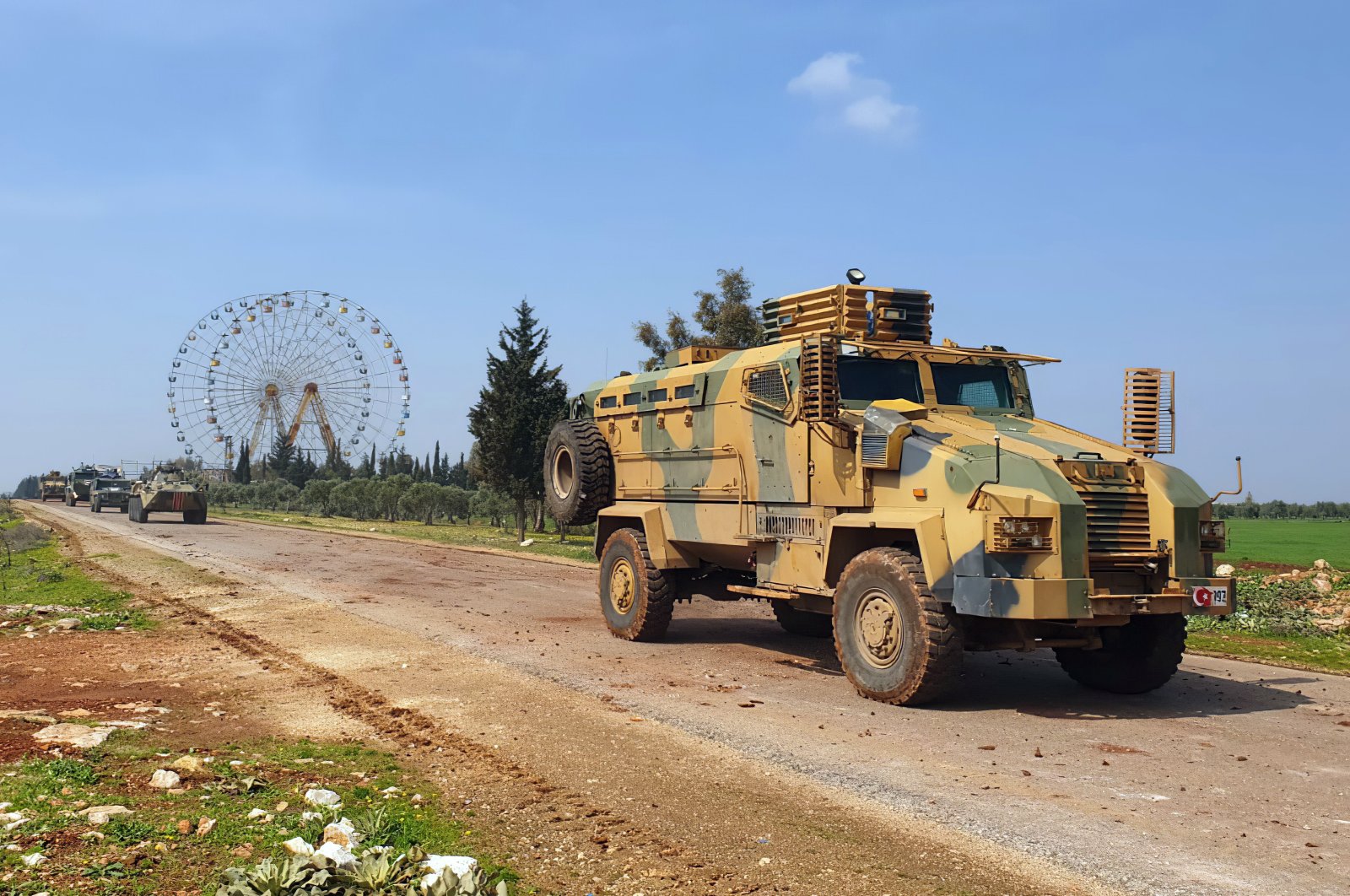 Russia and Turkey are advancing in the implementation of their agreements on liberating the northwestern Syrian province of Idlib from terrorists, Russian Foreign Minister Sergey Lavrov said Monday.

The work in Idlib's de-escalation zone is "the most important area of joint Russian-Turkish efforts," Lavrov said speaking at a joint press conference in Damascus with his Syrian counterpart Walid Muallem and Russian Deputy Prime Minister Yury Borisov.

"(The two countries) have ultimately clear agreements specifying the distribution of responsibilities (in Idlib), suggesting a separation of normal, sane opposition from terrorists, the liberation of the M4 highway and creation of a security corridor around this highway. All these are slowly but steadily being implemented. There is every reason to believe that we will complete this work," Lavrov said.

Turkey and Russia, which back opposing sides in the Syrian civil war, agreed on March 5 to halt military activity in the northwestern Idlib region after an escalation of violence displaced nearly 1 million people and brought the two sides close to confrontation.

Idlib has long been under siege by Bashar Assad regime forces and its allies, with previous cease-fires in the region having been plagued by violations.

As a result, Turkey, which has the second-largest army in the transatlantic NATO alliance, has funneled troops and equipment into the region to stop the Syrian regime's advance.

Lavrov also offered to help ease tensions in the Eastern Mediterranean, where disagreements have compounded over the Cyprus issue, energy exploration activities and maritime boundaries.

Lavrov Tuesday said Moscow was monitoring the situation in the region and would help start a “genuine dialogue” with all parties that could generate “mutually acceptable solutions.”

"Russia considers any steps that could lead to a further escalation of tensions (in the Eastern Mediterranean) unacceptable," he added.

Lavrov was speaking after a meeting with Greek Cypriot leader Nicos Anastasiades during an official visit to the southern part of the island.

Greece and Turkey have been locked in a tense standoff in recent weeks as Turkish survey vessels and drillships continue to prospect for gas in waters where Greece and the Greek Cypriot administration claim exclusive economic rights.

Greek and Turkish armed forces have been conducting military exercises in the area in a show of muscle-flexing to underscore each side’s resolve. Turkey insists that it is defending its rights and those of Turkish Cypriots to their rightful share of the area’s potential gas deposits.

‘US stirring up conflict’

Russia's top diplomat also expressed Moscow’s concern over what he alleged constituted U.S. attempts to stir up “conflict instead of peaceful solutions” in the Eastern Mediterranean.

Lavrov was alluding to Washington’s decision to partially lift an arms embargo on the Greek Cyprus administration that was designed to prevent an arms race from hindering United Nations-facilitated talks to reunify the island.

Cyprus was split in 1974 when Turkey intervened as a guarantor power following a coup by supporters of union with Greece, which is known as "Enosis." Turkey recognizes the TRNC as a sovereign nation and maintains more than 35,000 troops there as a safeguard.

Turkey reacted angrily to the lifting of the partial embargo and announced that Russia would be conducting live-fire naval exercises this month in areas of the Eastern Mediterranean where Turkish research vessels would continue prospecting for gas.

Turkey argued that the lifting of the arms embargo harmed the “equality and balance” between the Turkish Cypriot and Greek Cypriot communities on the ethnically divided island.

Turkey’s Foreign Ministry last week said the U.S. decision disrupted efforts to reunify Cyprus, “poisoned” regional stability and went against the “spirit of alliance” between the U.S. and Turkey.