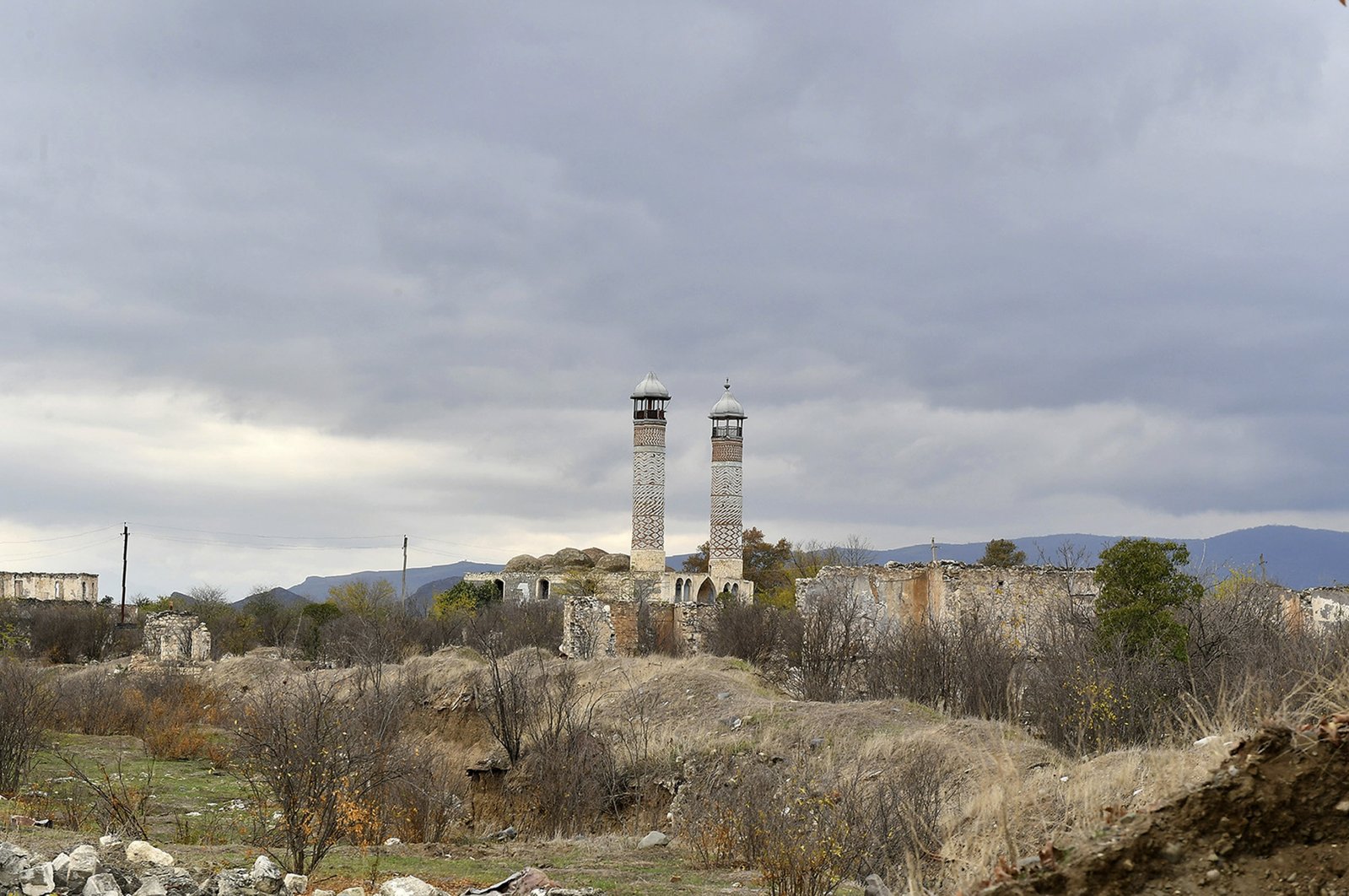 The Aghdam Mosque in Aghdam, after Armenia handed the area over to Azerbaijani forces, Nagorno-Karabakh, Nov. 23, 2020. (Azerbaijani Presidential Press Office via AP)
by DAILY SABAH Dec 01, 2020 10:37 am
RECOMMENDED

Turkey and Russia have signed an agreement to establish a joint observation center in Nagorno-Karabakh after Armenian forces departed Azerbaijani territories as part of a peace deal signed last month.

Talks on a joint Turkish-Russian observation center, for implementation of the Nagorno-Karabakh peace deal, have been completed. Work is ongoing to launch the center as soon as possible, the Turkish Defense Ministry said Tuesday.

The statement noted that the agreement included technical details about the establishment and duties of the joint center.

About the content of the agreement, the ministry said it was unable to reveal the details due to a specific clause that restricts such statements.

According to previous plans announced by officials, the observation center is expected to be established in Azerbaijan.

President Recep Tayyip Erdoğan previously said Turkish forces would be in Azerbaijan alongside Russian forces for observation and supervision, in areas determined by the Azerbaijani government.

The deal comes after days of talks between Turkish and Russian officials about how the two regional powers would jointly implement the Moscow-brokered ceasefire signed this month between Armenia and Azerbaijan.

Nagorno-Karabakh lies within Azerbaijan but has been under the occupation of ethnic Armenian forces backed by Armenia since a separatist war there ended in 1994. That war left not only Nagorno-Karabakh itself but large chunks of surrounding lands in Armenian hands.

In 44 days of heavy fighting that began on Sept. 27, the Azerbaijani military routed Armenian forces and wedged deep into Nagorno-Karabakh, forcing Armenia to accept a Russia-brokered peace deal that took effect Nov. 10.

The agreement saw the return of a significant part of Nagorno-Karabakh under Azerbaijan's control and also requested Armenia to hand over all of the regions it held outside the region.

According to the agreement, Russia deployed nearly 2,000 peacekeepers for at least five years to monitor the peace deal and help the return of refugees. The Russian troops will also ensure safe transit between Nagorno-Karabakh and Armenia across the Lachin region.

The Turkish parliament also voted this month to deploy a mission to "establish a joint center with Russia and to carry out the center's activities".

The deployment is set to last a year and its size will be determined by President Erdoğan.